As it prepares to celebrate its 224th birthday, the Coast Guard's multi-mission identity makes it more valuable than ever.

In 2013 the Chinese government merged four maritime safety, security and law enforcement agencies to form the China Coast Guard. Just one year later, neighboring South Korea moved to dismantle its 60-year-old Coast Guard. That two rising Asian maritime powers have so recently come to opposite conclusions regarding how best to organize their maritime safety and security forces is remarkable. It gives new meaning to strategy discussions as the U.S. Coast Guard’s new senior leadership team takes command and the service prepares to celebrate its 224th birthday on August 4th.

Asian Coast Guards, Past and Present

Until recently, Japan, China and South Korea all had large, integrated coast guards. Each has played a role in preserving the nation’s sovereignty while avoiding the more provocative effect of introducing navies into volatile situations. As nationalist tempers flare in the East China and South China Seas, many welcome the disputing parties’ decision to rely so far primarily on coast guards to patrol disputed waters.

The Korea Coast Guard (KCG) was established in 1953. Its missions largely paralleled those of the U.S. Coast Guard, including search and rescue, maritime security and safety, marine environmental protection and response, and maritime law enforcement. By 2014, it had developed into a mature force comprising nearly 300 ships, 23 aircraft and over 10,000 personnel. However, citing the KCG’s “virtual failure” in rescuing the 476 passengers and crew of the capsized ferry Sewol, South Korean President Park Geun-hye announced on May 18, 2014, that she was dismantling the service. The accompanying explanation for the president’s loss of confidence pointed to KCG deficiencies on both the prevention and response sides.

President Park’s decision to break up the KCG came just one year after China took the opposite approach. At the March 2013 National Peoples’ Congress, China announced it was combining elements of its maritime patrol forces into a China Coast Guard (CCG) under the State Oceanic Administration. A PRC spokesman explained that the move was made because the nation’s five separate maritime services were inadequate to fulfill China’s law enforcement needs, protect its sovereignty, and safeguard its maritime rights and interests. Ironically, China’s decision to integrate its maritime forces appears to have been influenced in part by a 2007 study that touted South Korea’s success in unifying its maritime agencies into a single, powerful national coast guard.

A Learning Moment for the U.S. Coast Guard?

No one suggests that the U.S. is about to dismember its Coast Guard. Indeed, history has demonstrated that the nation is more likely to add new components and new missions to the service first launched in 1790 with the building of 10 cutters to form a “Revenue Marine.” Nevertheless, events in China and South Korea (and the widely criticized search for Malaysian Airlines flight MH 370) provide a fresh opportunity to ask the kind of questions needed to avoid decision inertia:

2.      Put another way, as the Coast Guard’s new commandant and his leadership team take the helm this summer, will they be able to communicate to the public and Congress a unique and compelling value proposition for the service in 2014?

On December 23, 2013, Jeh Johnson was sworn in as Secretary of Homeland Security, succeeding Janet Napolitano. Among the first decisions facing the new secretary was the leadership transition for the Coast Guard. Admiral Robert J. Papp Jr., who took command in 2010, was coming to the end of his four-year tenure. Papp’s predecessor, Admiral Thad Allen, had presided over a period of dramatic reorganization. Allen shepherded the Coast Guard through its migration from the Department of Transportation to the newly established Department of Homeland Security and steered the service through a period that saw its marine safety program subjected to harsh criticism by Congress and the maritime community.

Upon taking command in 2010, Admiral Papp’s principal strategic theme was to “steady the service.” In response to a disturbing uptick in operational mishaps involving the service’s aircraft, cutters, small boats and diving operations, Papp placed heavy emphasis on rebuilding the service’s operational and leadership proficiency.

Admiral Paul F. Zukunft was selected to relieve Admiral Papp and took command on May 30, 2014. Admiral Zukunft and his newly-assembled leadership team reflect the service’s integrated, multimission character. Zukunft is a cutterman and former Commander of Coast Guard Pacific Area, who earned national acclaim for his leadership as federal on-scene coordinator for the Deepwater Horizon–Macondo disaster, the nation’s first declared Spill of National Significance.

All four members of the team are consummate interagency players who are equally comfortable in command-and-control or cooperate-and-coordinate operating cells. Each is also an avid consumer of the intelligence, research and analysis necessary for sound decision-making.

The U.S. Coast Guard and Its Missions

Although activity metrics are, by themselves, inadequate measures of performance, they nevertheless provide context for an assessment of the Coast Guard’s value. In FY 2013, a year when budget cuts and the sequester forced the service to reduce its operations by 25 percent, the Coast Guard still:

removed over 275,000 pounds of illegal drugs bound toward the U.S.,

conducted over 8,000 security boardings in and around U.S ports,

responded to more than 11,000 pollution incident reports, and

The Coast Guard’s reach extends well beyond the U.S. “coast.” Its forces have been deployed to both Poles, the Western Pacific, Mediterranean and Black Seas, Northern Arabian Gulf, Horn of Africa, and Gulf of Guinea. Additionally, Coast Guard officers serve in the Pentagon, with sister agencies, and in more than two dozen foreign nations.

More than a century ago the Coast Guard faced—and survived—a threat to its multimission identity when a commission appointed by President Taft concluded that single-function agencies were more efficient and economical than multi-function agencies. The commission recommended that the Coast Guard (then called the Revenue Cutter Service) be dismembered.

Fortunately, the Secretary of the Treasury, Franklin MacVeagh, defended the service. President Taft adopted the commission’s report, but MacVeagh’s view ultimately prevailed, and Congress rejected the commission’s recommendation. Taft’s successor, President Wilson, later threw his support behind a counter-proposal to expand the Revenue Cutter Service by joining it with the Lifesaving Service to form the U.S. Coast Guard. Congress enacted the necessary legislation in 1915. In 1939, Congress added the U.S. Lighthouse Service and in 1942 the Navigation and Steamboat Inspection Service.

Today, the Coast Guard provides the nation with a unique combination of authorities, capabilities, capacities, and partnerships. It carries out homeland security and homeland defense missions. It is at all times one of the nation’s five armed forces; but unlike the other four services, which are limited by posse comitatus laws, the Coast Guard is expressly charged with law enforcement authorities that provide a critical arrest-and-prosecute end game to crimes like piracy and seaborne trafficking.

The value of an integrated Coast Guard was affirmed in a 1999 report by the Interagency Task Force on U.S. Coast Guard Roles and Missions, which concluded that the service’s:

…multi-mission capability makes the Coast Guard one of the most efficient agencies in government––multiple outcomes from a single force give the American taxpayer maximum "bang for the buck." Additionally, as one of the nation’s five Armed Services, the Coast Guard is a complementary and non-redundant military force-in-being that is available to the President and the regional commanders-in-chief as a specialized instrument of the nation’s security. Overall national policy must preserve the Coast Guard’s adaptability, mission flexibility, and efficiency––the factors that make today’s Coast Guard a unique instrument of national policy.[1]

Any 15-year-old assessment must of course be revalidated against today’s performance metrics and criteria. At the same time, however, the assessment must also consider the breadth of America’s maritime domain and the range of activities conducted there. With patrol responsibility for 95,000 miles of shoreline and, at 3.4 million square nautical miles, the largest exclusive economic zone in the world, efficiency requires that any given patrol vessel or aircraft be prepared to timely and competently respond to a wide assortment of threats.

The Coast Guard’s ability to marshal its multimission forces to meet national emergencies was convincingly demonstrated in the mass evacuation of lower Manhattan in 2001 after the 9/11 attack and its response four years later to Hurricane Katrina, during which 5,600 Coastguardsmen were dispatched to the Gulf Coast from across the nation. They saved over 24,000 Gulf residents from imminent danger and evacuated some 9,400 patients from local hospitals.

That same surge capacity was on display in the response to the 2010 Deepwater Horizon-Macondo oil spill and the Haiti earthquake that same year. It will again prove its worth if the nation faces another threat to its maritime border security from a large-scale mass migration episode or a mass-effect weapon attack or pandemic.

As Coastguardsmen prepare to celebrate the service’s 224th birthday, the debate over whether the benefits of single-mission specialization trump those of multimission integration is still ongoing, as it should be. One answer to that question can be found in a recent Coast Guard publication, which provided two examples of the value that an integrated service brings to the nation:

…[Coast Guard] Sector watch standers and boat crews that respond to a vessel on fire are trained to fight the fire, rescue and render first aid to people on board the vessel, manage the response in the event of a related oil spill, and notify or reroute other mariners to minimize the impact of the situation on other maritime traffic…. In addition to setting buoys to ensure the safe navigation of mariners, buoy tender crews deploy oil containment booms to protect the environment, break ice for domestic maritime traffic, conduct naval warfare duties, interdict drugs and undocumented migrants, and perform [search and rescue] and law enforcement missions.[2]

The Coast Guard is justly proud of its distinctive multimission, “always ready” identity. But vigilance will be required of its leaders in the coming years. “Zero tolerance” once described the nation’s approach to the use of illegal drugs. Today, it might accurately characterize the public’s attitude toward government, whether in the U.S. or South Korea. The public has a low tolerance for any decision that does not produce the outcomes it expects.

Whether it’s the intelligence community’s “failure of imagination” before the 9/11 attacks or its over-stimulated imagination regarding Iraq’s WMD program, FEMA’s response to Hurricane Katrina, the Minerals Management Service’s oversight of Deepwater Horizon or the Veterans Administration’s failure to timely provide critical health care services, the public and its elected representatives demand that agencies deliver successful outcomes, not merely make best efforts under the existing budgetary, legal and political constraints. – MarEx 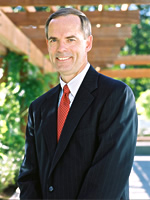 Craig Allen Sr. is a retired Coast Guard officer and cutterman and the Judson Falknor Professor of Law and of Marine Affairs at the University of Washington.

[1] “The Coast Guard of the 21st Century,” Report of the President’s Task Force on U.S. Coast Guard Roles and Missions, January 2000, http://www.uscg.mil/history/articles/21stcentury.pdf.