In a much anticipated decision, the International Court of Justice ruled on March 31, 2014, that the ongoing Japanese whaling activities in the Southern Ocean violate the International Convention on the Regulation of Whaling. More specifically, the court held that Japan’s current activities do not fall within the exception for scientific research, and are therefore in violation of the moratorium on commercial whaling. As a result, the court ordered Japan to cancel the existing permits and refrain from issuing any future permits under the challenged program. 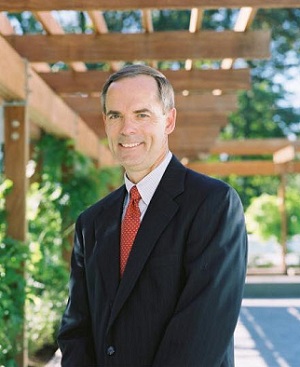 Craig H. Allen, the Judson Falknor Professor of Law and of Marine and Environmental Affairs at the University of Washington, gives his insights into the decision:

The International Convention on the Regulation of Whaling (ICRW) was adopted in 1946. The convention established the International Whaling Commission (IWC). The IWC is empowered to establish the “Schedule,” which sets out the substantive provisions regulating the conservation of whale stocks and management of the whaling industry. Schedule amendments must be approved by three-fourths of the IWC members voting.  However, a state that objects to a Schedule amendment is not bound by it. In 1986, the IWC amended the Schedule to impose a global moratorium on commercial whaling.  Although Japan initially objected to an earlier moratorium, it withdrew its objection under pressure by other states, including the U.S. (that history is traced by the U.S. Supreme Court in its 1986 decision in Japanese Whaling Assoc. v. American Cetacean Society).

Exceptions to the 1986 moratorium are made for subsistence whaling (relied on by the U.S. for Alaska Natives) and for the taking of whales “for purposes of scientific research.” Japan has relied on the latter exception since the late 1980s to justify its annual taking of sperm, fin, humpback and minke whales—totaling nearly 1,000/year under the current program. Japan’s whaling activities have increasingly isolated Japan and led to sometimes violent at-sea confrontations with environmental activists as well as protests by a number of nations.

The decision by the international court was issued at the behest of the government of Australia (later joined by New Zealand), which asked the court in 2010 to rule on the legality of the second phases of the “Japanese Whale Research Program under Special Permit in the Antarctic” (JARPA II).  Japan claimed that Annex VIII of the ICRW authorized it to “grant to any of its nationals a special permit authorizing that national to kill, take and treat whales for purposes of scientific research,” and that whaling activities under such special permits were exempt from ICRW prohibitions.  Australia argued in response that Japan’s activities were in fact commercial whaling undertaken under the pretense of scientific research.

The court’s 16 sitting judges unanimously held that the court had jurisdiction in the case. On the merits, 12 judges ruled that Japan’s whaling activities did not fall within the scientific research exception and therefore violated three provisions of the ICRW Schedule (4 judges dissented).  In reaching its decision, the court made it clear that it was not ruling on the appropriate policy toward the taking of whales. Rather, its task was to interpret the ICRW and apply the treaty to Japan’s whaling activities.

The ICRW does not define “scientific research,” but the court rejected Japan’s argument that nations were free to unilaterally apply their own definition. Turning to the text of the treaty, the court concluded that the question of what constitutes “scientific research” is distinct from the question of whether a program involving the lethal takings of whales was “for purposes of” such research. The fact that meat obtained from the whales ostensibly taken for scientific research was later sold did not necessarily mean that the taking was for a prohibited “commercial” purpose rather than for the purpose of scientific research. Indeed, the court acknowledged that such programs can have more than one purpose. Nevertheless, applying a multi-factor test, the court concluded that, as designed and executed, the JARPA II program did not fall within the Article VIII exception.

The court ordered Japan to revoke any permits issued under the JARPA II research program and “refrain from granting any further permits in pursuance of that programme.”  It should be noted, however, that the court’s decision only struck down the JARPA II program. It does not necessarily preclude Japan from embarking on future scientific research programs that meet the court’s test for scientific research under the ICRW.