The Right Winch for Confined Waterways

After two seasons of use, a special feature included in the Markey towing winches onboard three Foss Arctic-class tugs has proven to be very useful for operations requiring a “tight leash” on the tow.

The three most recent additions to the Foss fleet, the Arctic-class tugs Michele Foss, Denise Foss and Nicole Foss, are all equipped with Markey model TDSD−40UL towing winches including a “water-cooled variable-slip” (WCVS) braking feature.

Operating similarly to a “star drag” setting on a sports fishing reel, the WCVS allows the captain to set a tension slip-point to compensate for the lack of catenary when a tow is pulled close to a tug. This technology has proven extremely useful for crossing a bar or operating in confined waterways. 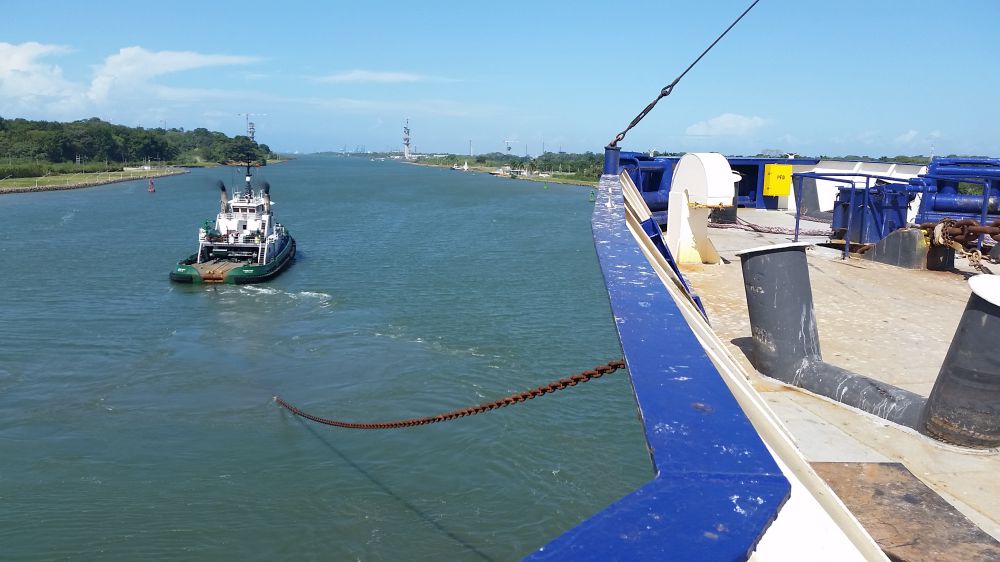 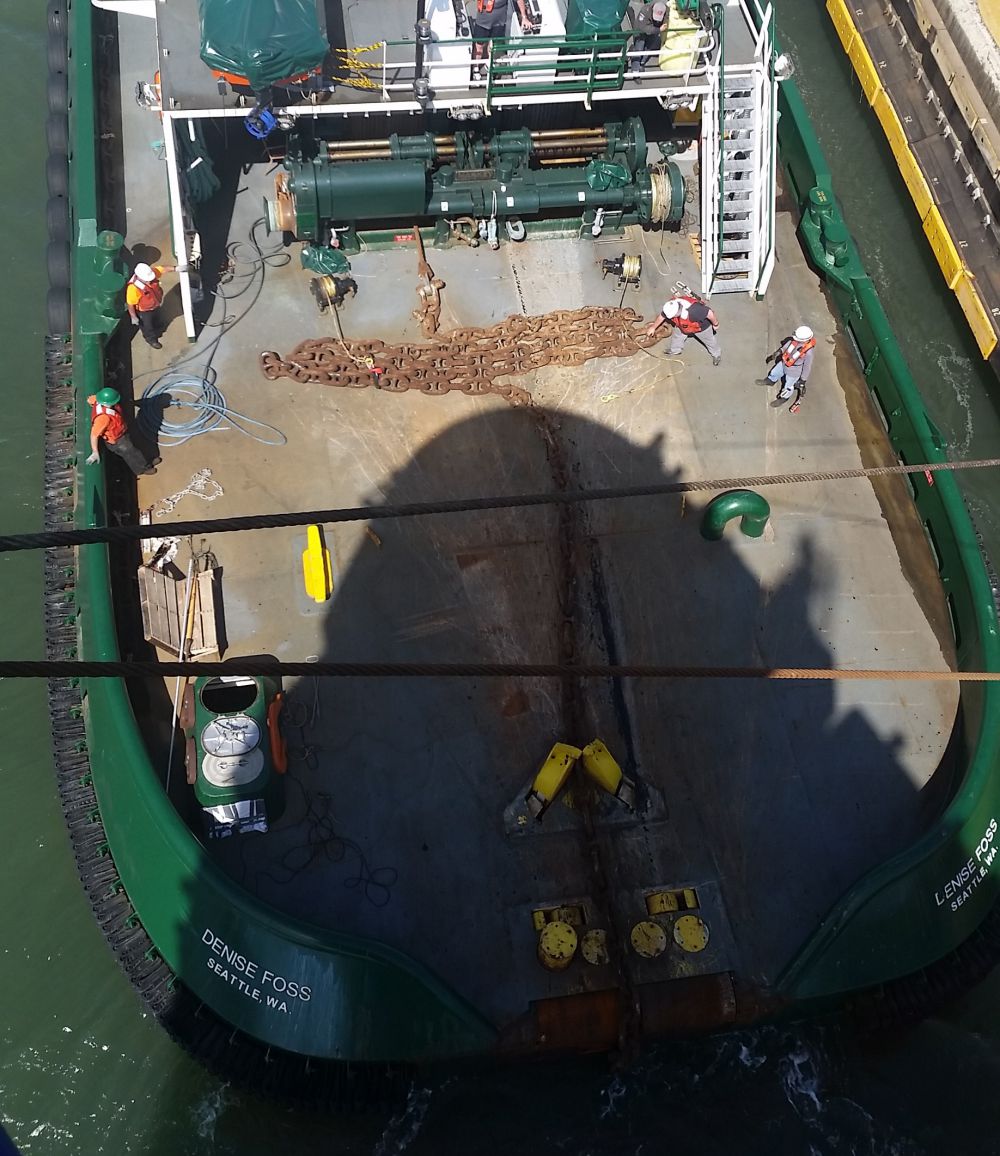 Based on water-cooled brake and clutch technology proven through years of use in the company’s high-response electric Escort and Ship-Assist hawser winches, these were the first Markey towing winches to incorporate this option. The use of a WCVS brake was also driven by Markey’s familiarity with previous methods used to achieve some level of controllable slip using band brakes, having offered such a system on Class II hydraulic hawser winches for over 25 years. The new system Markey now offers has a number of clear advantages:

The WCVS brake is integrated into the winch design as a secondary brake. If a problem develops with one of the standard drum band brakes, this brake will act as a fully functional back up, regardless of the scope of wire deployed.

The WCVS brake offers fine control and high repeatability with a minimum of readjustment.

Due to the nature of band brakes, brake materials, and the environmental conditions in which they operate, it is very difficult to establish a reliable and repeatable tension set point using that type of system. This is not the case with WCVS brakes due to the unique combination of materials and water cooling, which results in an exceptionally smooth transition from static to dynamic operation.

As with any new innovation, both Markey and Foss encountered a learning curve during initial deployment. Since then, the WCVS systems have been accruing operating hours in a variety of difficult towing conditions. When asked about the variable slip feature of the winches, Foss mariners gave positive reviews of their experience so far:

“I think the brake is great when used in applications like short wire ocean towing/bar crossing or something like a Panama Canal transit with a heavy load or without much surge gear.” – Captain Justin Earl

“I love those slip brakes. And in heavy seas that system is worth its weight in gold for letting out wire safely.” – Captain Raymond “Todd” Zacke

“Works great from my side. Nothing I would change, all great stuff.” – Captain Donald “Dwaine” Whitney

“They are perfect for West Coast bar crossings in heavy weather, never putting too much tension on the wire or letting too much wire slip at a time. I personally used it to slowly let wire out in shallow water departing Panama Canal on the east side of the El Yunque tow. Worked great with minimal adjustments. Never dragged the wire and never got too tight. I find the brake is easy to operate.” – Chief Engineer Daniel Kimball

Founded in 1889, Seattle-based Foss Maritime offers a complete range of maritime services and project management to customers across the Pacific Rim, Europe, South America and around the globe. Foss has one of the largest fleets of tugs and barges on the American West Coast. The company has harbor services and transportation operations in all major U.S. West Coast ports, including the Columbia and Snake River system, Hawaii and Alaska. Foss operates two shipyards and offers worldwide marine transportation, emphasizing safety, environmental responsibility and high-quality service. See www.foss.com for more information.

Founded in 1907, Markey Machinery is the leader in the design and manufacturing of high quality custom deck machinery for workboat, scientific, and dockside applications. Markey products include towing, ship?assist, and escort winches; single or multi?drum and traction?style deep sea research winches; capstans, windlasses and other high performance machines. See www.markeymachinery.com for more information.