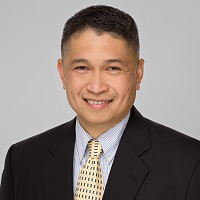 A seafaring career, for so many years, has been one of the most “neglected” careers in the world. The reason is simple, we are here sitting at our desks, while seafarers are out there in the middle of the ocean, braving waves and turbulent seas.

However what most of the world does not realize is that the lifeblood of the global economy relies on these people who go out to sea, to transport goods and people to sustain the well-being and way of life of the rest of the world’s populace. With almost 90 percent of the global trade are carried by ships, and 75 percent of all the trade routes being ocean-based, the maritime industry should be considered the biggest of all the industries in the world.

It is an industry of people, the seafarers, more than 1.2 million of them engaged in international trade. As we talk about well-being of the people of world, we should consider that seafarers are people too, and as the prime movers of the global economy, they also deserve to have the best working and living conditions we can offer, that includes taking care of their welfare, and their personal well-being.

In 2006, during the 94th session of the International Labor Organization General Conference created a single instrument combining maritime labor principles, and updated various labor conventions related to maritime industry that levels the playing field for shipowners, provided a Bill of Rights for seafarers, improved working conditions and social security at sea and ashore and also provided more compliance and enforcement authorities for member governments to assure that seafarers are not neglected. This convention is the Maritime Labour Convention 2006 (MLC, 2006), and it is considered as the mother of all labor conventions.

However, the seafarer stories of neglect did not stop there. As shipowners continue to struggle in a depressed maritime economy, the seafarers can find themselves as unfortunate victims of circumstance. Since the entry into force of the MLC 2006 in 2013, we continue to see cases of nonpayment of wages, poor provisions for food and catering requirements of seafarers, denial of seafarers right to repatriation, and cases of abandonment. These are all in gross violation of the intent and requirements of the MLC 2006.

Since 2013, we as a flag state, continue to see and investigate various cases of MLC 2006 violations. Some are allegations, but the majority are real cases where shipowners have totally neglected their obligations to the seafarers under the requirements of MLC 2006.

We take great strides to investigate these cases, find resolutions and, when necessary, take authoritative and administrative actions against shipowners who we find in violation of seafarers rights, welfare and well-being. To effectively impose our obligation to help distressed seafarers, the Liberian Administration has developed a step-by-step escalation process to deal with cases of seafarers neglect to abandonment.

Typically cases of MLC 2006 issues are mostly a failure of shipowners to fulfil their contractual obligations under the Seafarer Employment Agreements. Seafarers are provided the right under MLC 2006 to complain about any violations or substandard conditions on board, or they can go directly to authorities of the Flag State or Port State if necessary.

Complaints received by our administration are promptly acknowledged, and typically more evidence is requested from the complainant. Shipowners are asked for a response. Often complaints are simply resolved in this level. However, there are also times that disputes can escalate when allegations of violations committed by shipowners are proven.

A simple MLC complaint of a seafarer may later become a full blown case of abandonment. This is where the seafarers are no longer provided their wages, food, water, fuel, domestic requirements, and worse the vessel may be stranded in an unfriendly environment. In cases like this we will continue to follow up and push owners by putting pressure on their commercial operations. When all avenues administratively have been taken by the flag, and all communications fail, the final step is to offer repatriation to help the seafarers.

One of the many success stories of this proactive approach to help seafarers happened early this year, when a vessel operated by Singapore-based shipowner was detained in U.K. for various safety reasons. The we proactively helped the vessel comply, and coordinated the request to release the vessel from PSC detention. After the vessel was successfully released from detention, she proceeded to a port in Greece.

However, over the course of these events, and without the knowledge of the flag, there was a significant failure in the commercial and charter agreement of the vessel. The vessel operator, who was also the shipowner - who had signed the maritime labor declaration - notified the owner of the vessel that they were no longer taking responsibility of the ship's operations including adhering to MLC 2006.

Although under the spirit of MLC 2006, this process should not be done without a take-over by another shipowner, the vessel operator ceased their support of the vessel and handed full responsibility to the owners. The owners also rejected any responsibility, and claimed they no longer owned the vessel - blaming mismanagement of the operator (MLC shipowner), and even blamed the ship crew for not maintaining the vessel properly.

As nobody took responsibility for the vessel, the vessel was detained by PSC in Greece, wages were not paid for several months, and the seafarers on board struggled to survived with minimal resources as provided by the local agent, the embassy of the country where the crew were domiciled, and the flag. As the flag state, we worked on a daily basis to coordinate with the operators and owners, including pressuring them on their obligations to pay and repatriate the crew.

However, to no avail. As all means had been taken by the flag, and there was still little sign of a positive outcome, we stepped up and offered the seafarers repatriation. Because of the experience they had endured on board, all of the vessel crew, including a supernumerary (owners rep) accepted our offer, and they were all successfully repatriated.

While we received many statements of appreciation and thanks from the seafarers we helped, and other parties involved, the underlying issue is around taking responsibility for those we owe a duty of care to. MLC 2006 is a major industry-wide achievement, one which give protection to crew, and guidance to owners and managers. But violations of MLC 2006 do occur, and as long as they do, they damage everyone in our industry.