The Royal Navy's amphibious assault specialists, 1 Assault Group Royal Marines (1AGRM), recently brought emerging civilian technologies to their RM Tamar base in Devonport Dockyard for an innovation day. The idea was to study and think about how new tech can be brought to the battlefield.

It allowed the coxswains and operators of 1AGRM’s raiding craft the opportunity to open their minds further to future developments, using augmented and virtual reality kit, as well as the chance to question how unmanned systems can help them on operations.

As those on the frontline, the Royal Marines are looking to their commandos to give direction and share ideas as to how they could operate in the future. “This has been about exploring how we can take surface manoeuvre forward and all the different technologies that are out there,” said 1AGRM’s Commanding Officer, Colonel Chris Haw. “It’s not something we can specifically use today but something that has potential to be employed in the future.”

New assault ships are being considered by the naval service, which would form the backbone of a littoral strike group, a force made up of different elements of the Royal Navy fleet and the future commando force. Those potential new developments are entwined in how 1AGRM are trying to think about how they work.

As part of the day’s demonstrations, the unit’s landing craft were used to launch men in 1000bhp jet suits, while quadbikes that transform into jet skis showed possible ways in which Royal Marines can quickly get from sea to land and into the heart of combat. They welcomed ex-Royal Marines Reservist Richard Browning's Gravity jet suits to demonstrate some of the aviation technology currently in development. Amphibious vehicle experts, Gibbs Amphibians, put on a demo with one of their high-speed craft, the 140bhp Quadski, which can reach up to 45mph on sea or land. 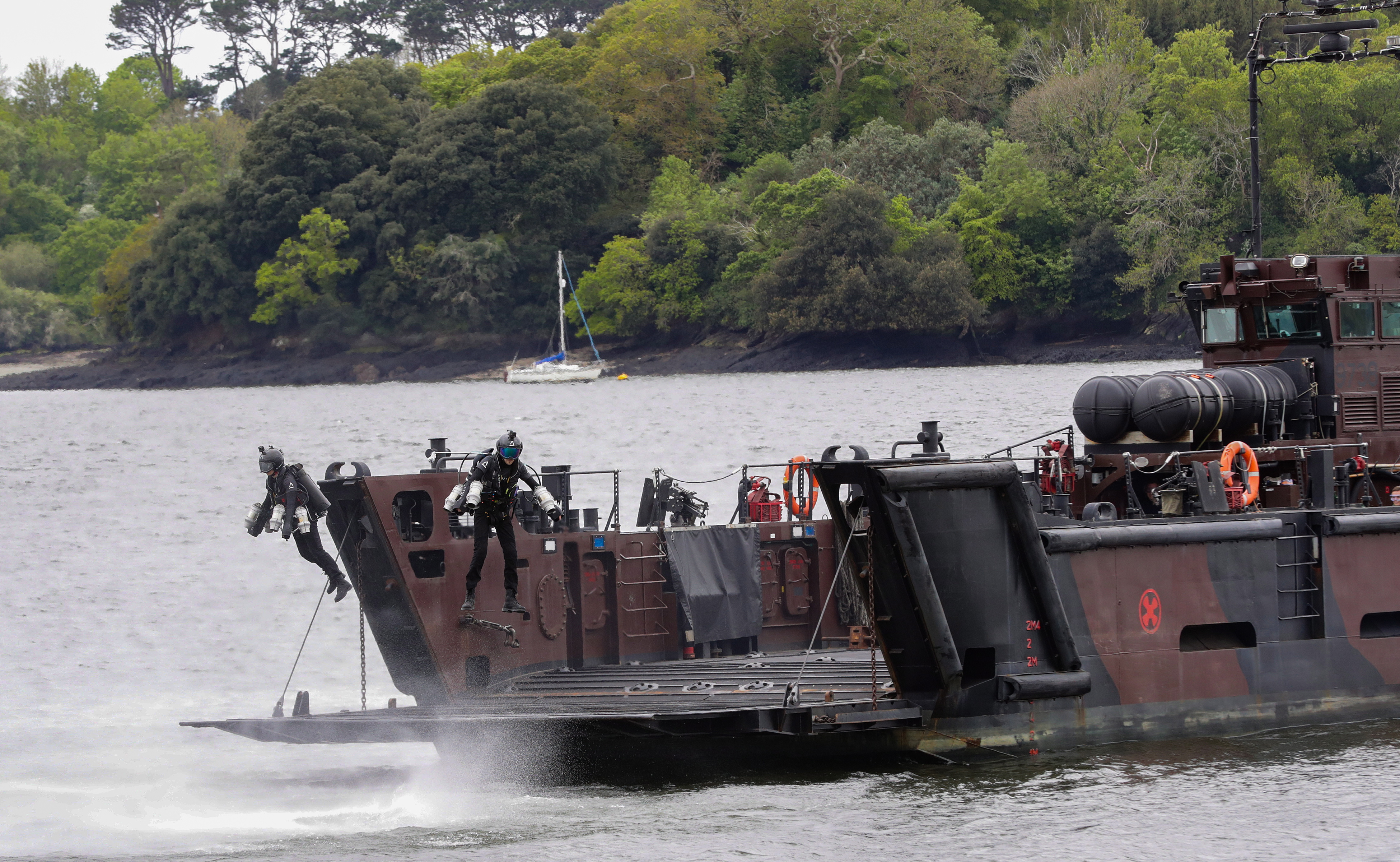 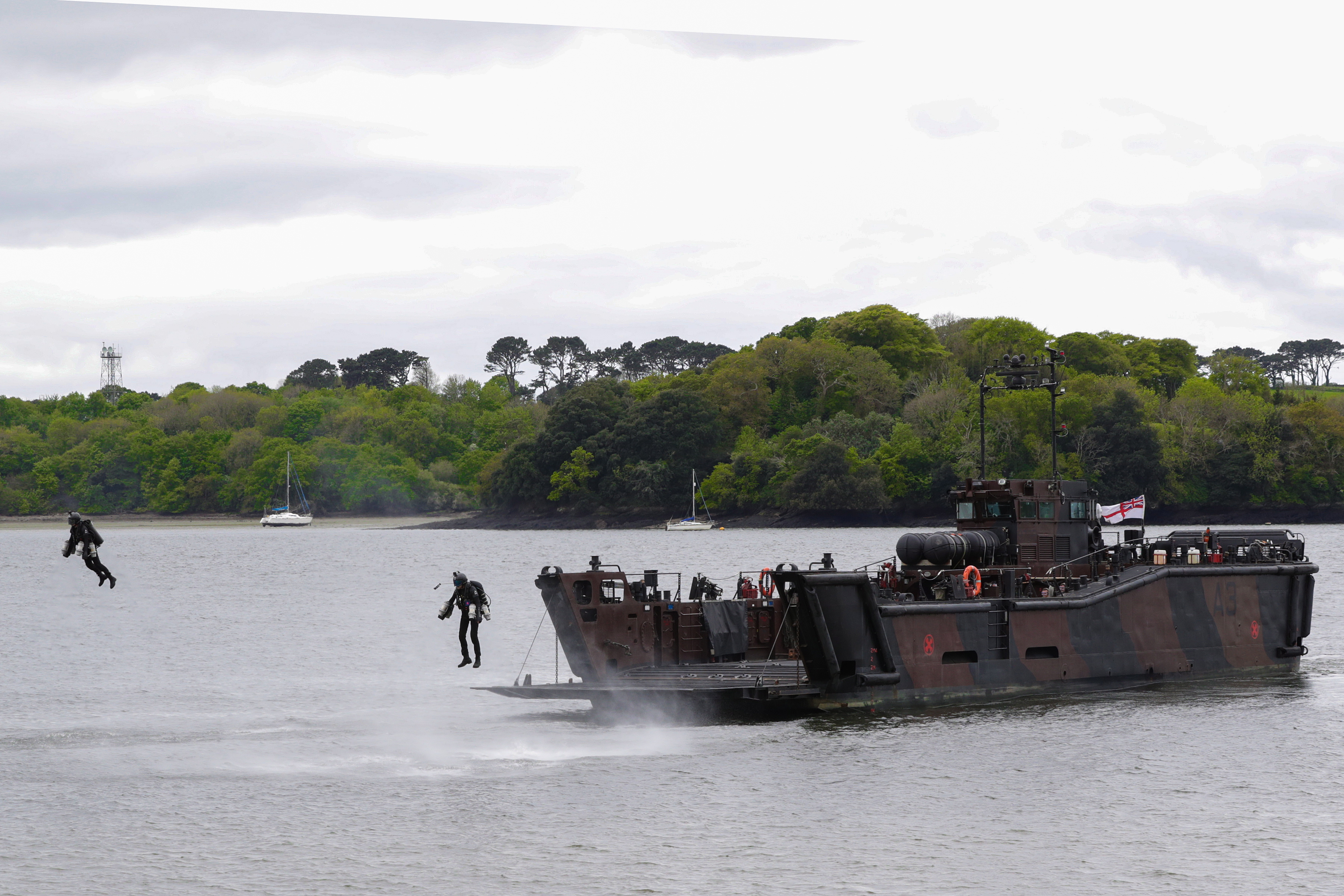 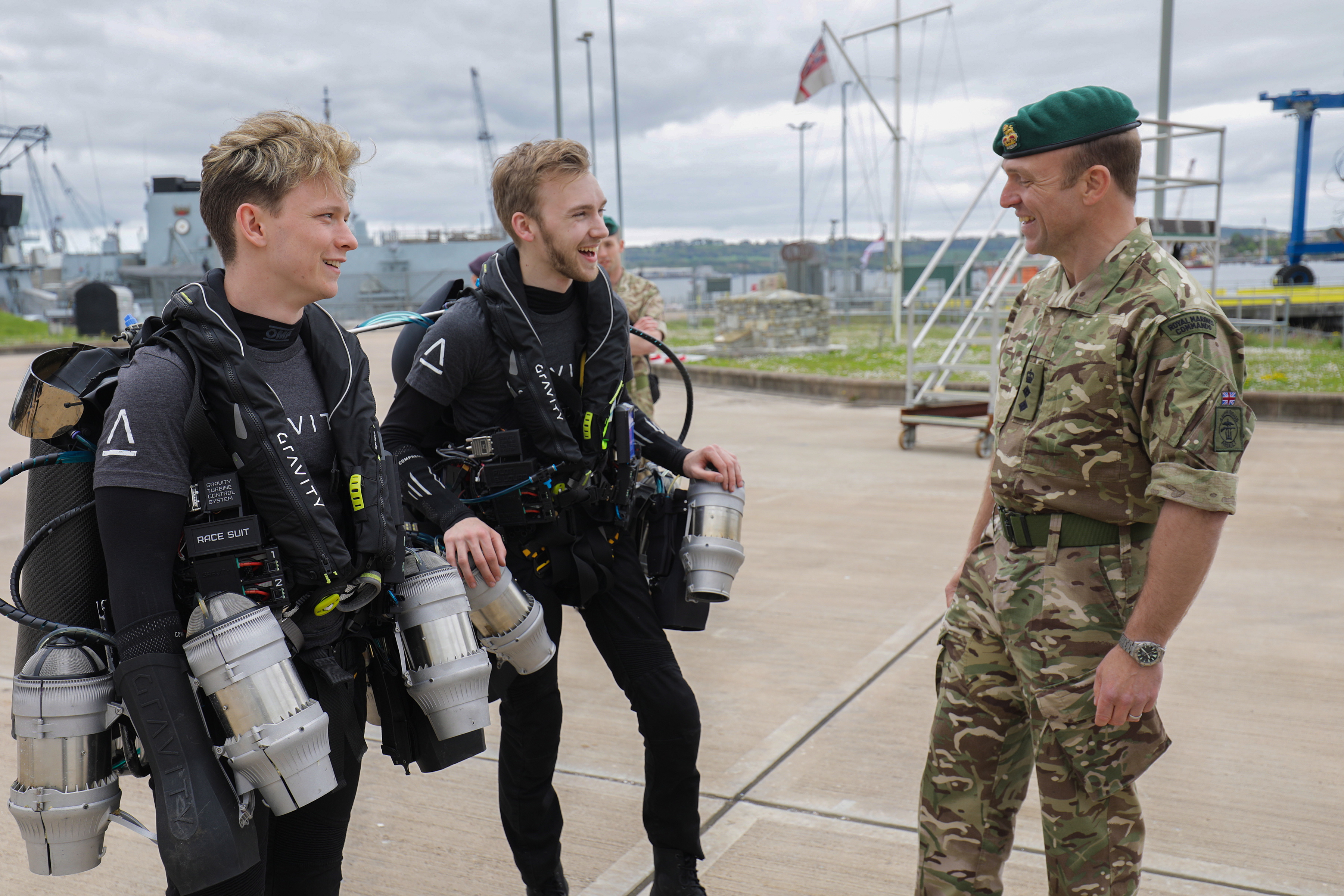 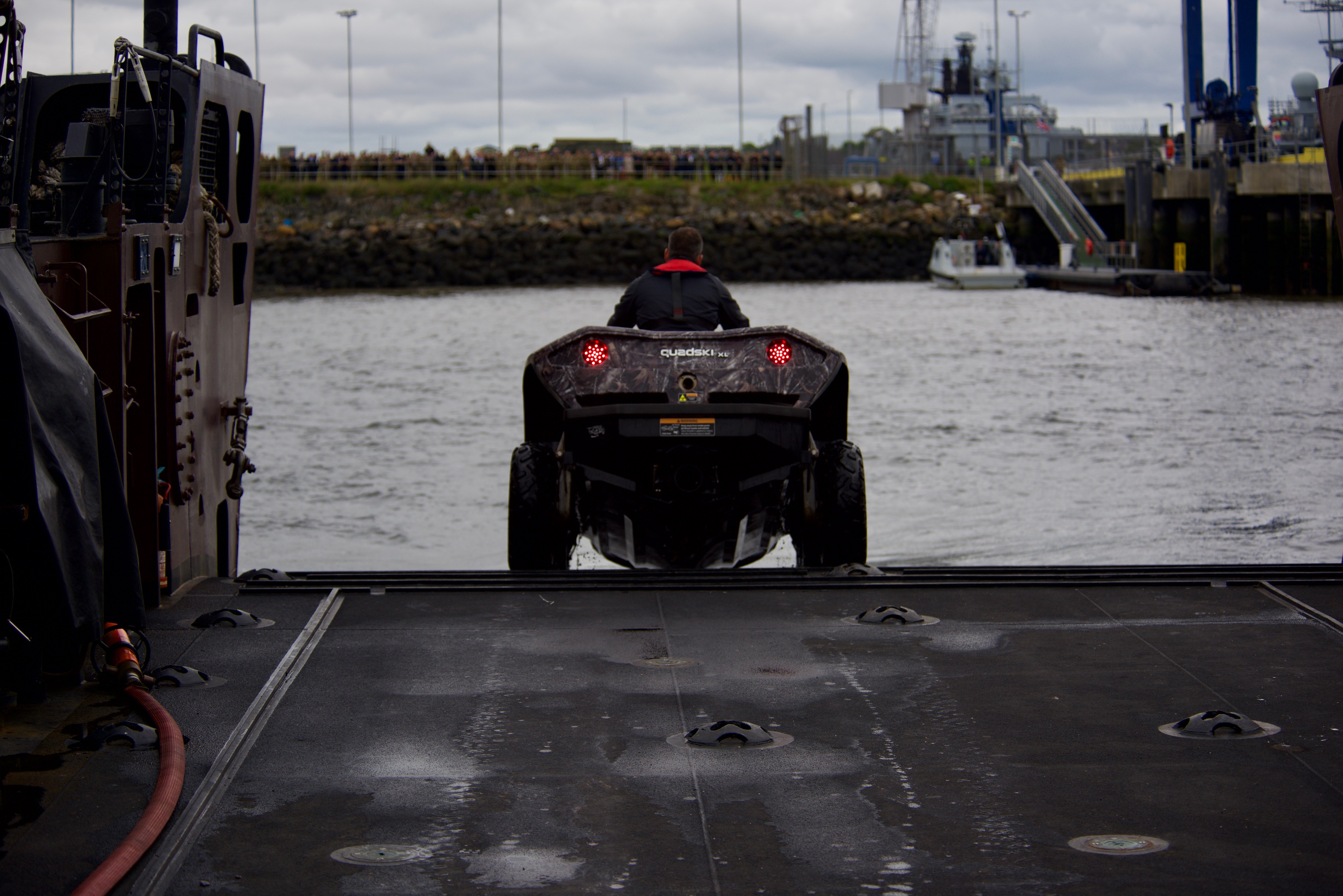 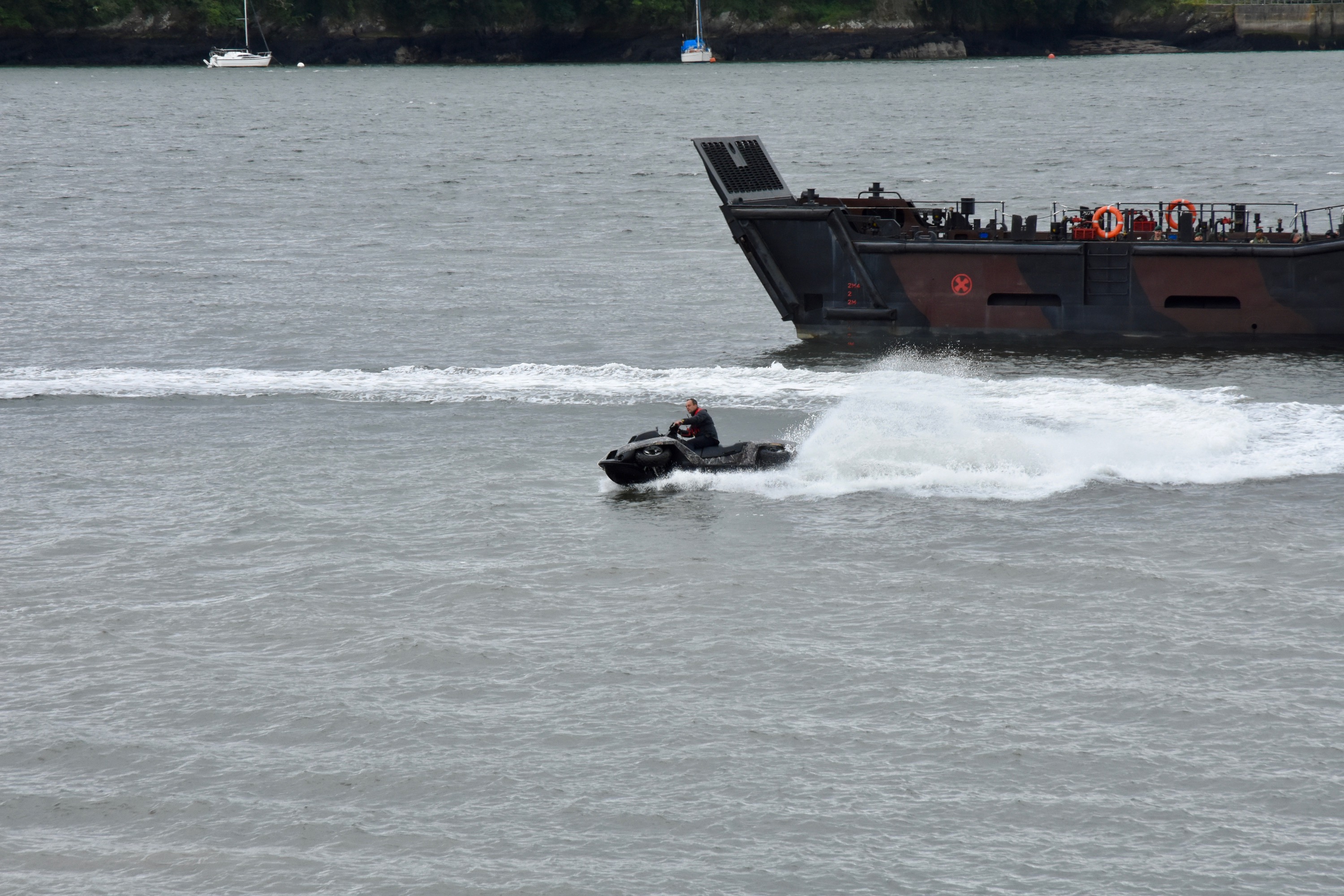 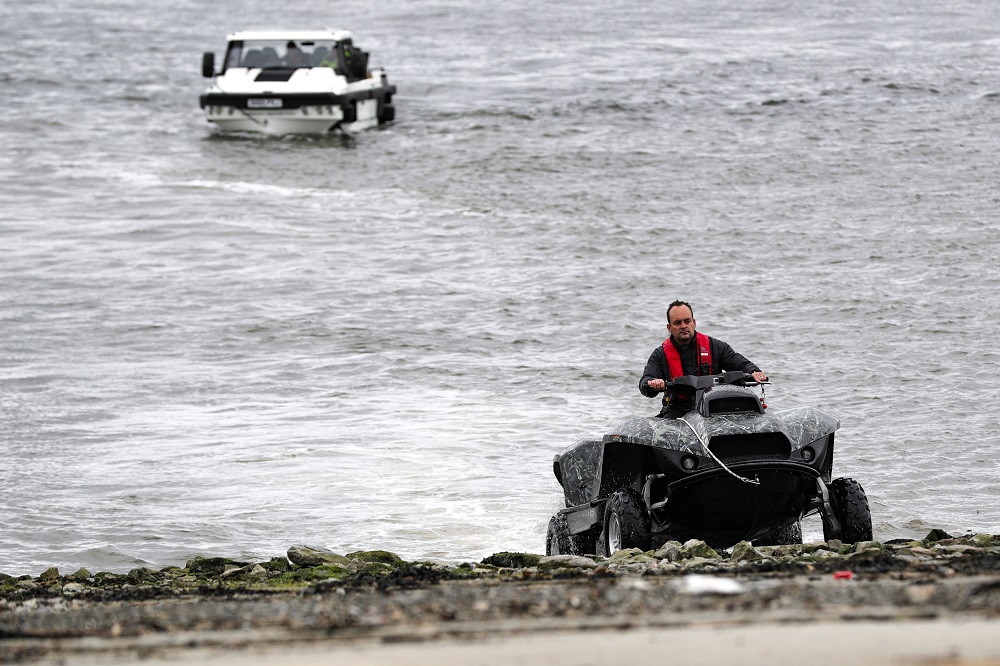 “This area that 1AGRM focuses on in surface manoeuvre, no one else in conventional defence is looking at it,” said 539 Assault Squadron Officer Commanding, Major Matt Baylis. “In terms of coming up with innovative ideas … if you’re a rifleman, there are regiments of riflemen, if you’re a signaller, there are companies of signallers, but if you’re a coxswain with commando skills, there’s only place for you and that’s here at 1AGRM."

“I think it’s really important we get people thinking along the right lines but we also get the innovations ideas primarily from the guys bottom-up, so the operators, the guys that are doing the coxswaining in the difficult conditions," said Col. Haw. “They are the guys who know how these things can be done differently. This is designed for people to open their minds about what’s out there and how they might do things differently in the future as we develop into the future commando force.”