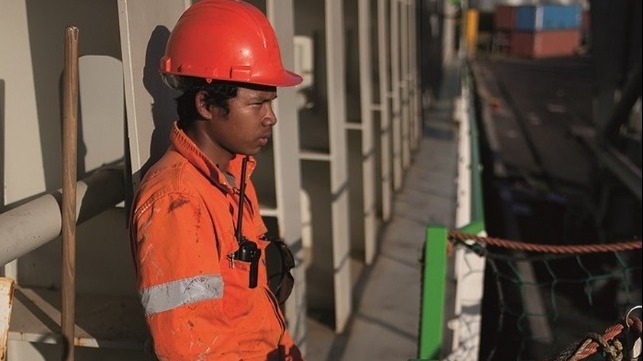 The question of “When is a Rig Worker a Seaman Under The Law?” was recently discussed in the context of Sanchez v. Smart Fabricators of Texas. The Fifth Circuit had withdrawn its March 2020 opinion denying seaman status to an offshore worker assigned to a jack-up rig. We asked whether the Fifth Circuit would reconsider their test and analysis for determining offshore worker status in the context of current U.S. Supreme Court decisions and its own precedence.

On August 14, 2020, the Fifth Circuit reversed the district court decision in Sanchez v. Smart Fabricators and held under its “prevailing precedence” that a welder working on an offshore jack-up rig is a seaman within the guidance of Chandris v. Latsis. No reference was made to its withdrawn decision, nor was there any attempt to distinguish the reasoning set forth therein.

However, a concurring opinion was written by a well-known maritime jurist, Senior Judge Eugene Davis. Judge Davis had authored the en banc decision in In re Doiron, which revised the test for considering when maritime law should apply to oilfield-related contracts involving offshore vessels and platforms. Although the Fifth Circuit in Sanchez reversed and remanded the district court’s decision denying Jones Act status to a specialized offshore worker, Judge Davis invited an en banc hearing by setting forth inconsistencies between certain U.S. Supreme Court “teachings” and the Fifth Circuit’s precedence in deciding seaman status for offshore workers assigned to special-purpose drilling vessels. What is the true “nature” of their employment?

An en banc hearing would provide an opportunity, like in Doiron, for the Fifth Circuit to revisit the relevant criteria necessary for deciding which workers in the oilfield should be afforded Jones Act remedies versus Longshore and Harbor Workers’ Compensation Act (LHWCA) remedies when injured while working offshore. In Sanchez, the rig owner and the employer are different entities. Thus, if Mr. Sanchez is ultimately not considered a seaman, he still enjoys LHWCA benefits from his employer and could also consider a 33 U.S.C. § 905(b) action against the jack-up rig/vessel owner.

The panel opinion in Sanchez reasoned that under the Chandris two-part test for determining seaman status, a Jones Act remedy is available to a worker against his employer if (1) the employee’s duties “contributed to the mission or function of a vessel” and (2) there is a connection to an identifiable fleet of vessels that is “substantial in duration and nature.” It is undisputed that Sanchez was a specialized oilfield worker/welder and that his employer did not own any of the vessels or facilities to which he was assigned. Although this employment situation may be unique in the traditional Jones Act brown water and blue water contexts, it is common in the offshore oil industry. Often the owner of an offshore facility or special purpose vessel does not employ the workers who maintain and/or operate it.

The Fifth Circuit panel did not consider vessel status as a predicate. In reaching its decision, the court gave recognition to Harbor Tugs & Barge Co. v. Papai and held that the “Jones Act should only extend to those workers who face regular exposure to the perils of the sea” and, therefore, looked to the “nature” of Sanchez’s employment in determining his status. Although not fully explored by the panel, case law also suggests that longshoremen loading vessels are also subject to marine perils as part of the nature of their employment.

In our prior Maritime Executive  article on Sanchez, we speculated on whether the court would explore vessel status as well as the context in which the Fifth Circuit developed its offshore worker status test. The Fifth Circuit panel did not consider the efficacy of offshore jack-up status in the post-Lozman v City of Rivera era refining the test for vessel status or the evolution of offshore seaman status, which has evolved from the Offshore v. Robison and McKie v. Diamond Marine Co. decisions rendered a half century ago to the present state of the law.

In his concurring opinion, Judge Davis questioned the current Fifth Circuit case law and its “inconsistencies.” He has thus invited an en banc consideration of offshore worker status. In support of this plea, Judge Davis outlined the evolution of the Supreme Court’s consideration of Jones Act seaman status and the fine legal lines between land-based workers who service vessels and seamen whose duties further the vessel’s mission or assist in its navigation and expose those workers, on a substantial basis, to the Jones Act-intended perils of the sea.

Earlier this month, we wrote on the Rubik’s Cube challenge of offshore Jones Act status issues. We also noted that Sanchez was an opportunity to revisit the unique status of offshore workers and the special-purpose facilities to which they are assigned. The Rubik’s Cube puzzle was not solved by the Fifth Circuit panel in Sanchez, but Judge Davis recognized the inconsistencies and offered an opportunity to revisit offshore worker status as he did in the context of offshore contracts in In re Doiron.

Grady Hurley is a partner in and leader of the maritime litigation and arbitration team and co-chair of the Energy, Environmental & Natural Resources Industry Team at Jones Walker LLP in New Orleans. Since 1979, he has focused on maritime, oilfield, and energy litigation.

While the plight of seafarers during the pandemic, the challenges of crew changes, and COVID-related quarantines have fallen from the daily headlines, seafarers continue to be the invisible victims of COVID-19. Responding to the hardships faced by crewmembers and their families with the escalating crisis in India, leading seafarer welfare charities and the shipping industry have launched an emergency relief fund. The target is to raise $1 million. The Seafarers International Relief Fund was established by bringing together leading international...

After a year and a half, the aircraft carrier USS Gerald R. Ford has formally closed out a unique "post-delivery test and trials" period. Though four of her 11 weapons elevators are not yet operating and she is not equipped to support the Navy's most modern fighter jet, the service says that Ford's crew have made great strides in preparing the vessel for operations. They have corrected almost all of the 9,000 work items that were incomplete when the Navy...

Salvage operations commenced on the capsized Seacor Power, which remains partially submerged approximately seven miles off Port Fourchon, Louisiana. Salvage crews under the supervision of the Unified Command established by the U.S. Coast Guard and the vessel’s owner Seacor Marine, set up operations beginning May 1 as the private volunteer search effort came to an end.  The liftboat partially sunk on April 13 shortly after departing port. It encountered heavy seas during a sudden and intense storm. Seven crewmembers remain...