Human Rights: Stand Up for Someone 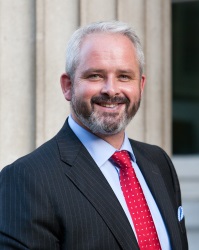 Today, we celebrate and promote Human Rights Day across the globe.

This commemorates the day on which, in 1948, the United Nations General Assembly adopted the Universal Declaration of Human Rights. In 1950, the Assembly passed resolution 423 (V), inviting all States and interested organizations to observe December 10 of each year as Human Rights Day.

This year the U.N. calls on everyone to stand up for someone’s rights.

In the maritime environment, this is no different.

Since April 3, 2014, our charity Human Rights at Sea has been explicitly standing up for human rights in the maritime environment. We have been highlighting abuses, recording cases of missing seafarers and fishers at sea, developing international guidance on important subject areas, delivering pertinent news stories and building social media platforms allowing us to disseminate our core message and founding principle that “Human rights apply at sea as equally as they do on land.”

We also continually strive for greater international visibility and dissemination throughout the maritime environment of those four fundamental words: “Human Rights at Sea” - however they are interpreted and disseminated.

To think that back in late 2013 when we first considered the idea of creating such an initiative that there was no international advocacy platform explicitly dealing with this issue in the maritime space seems incredulous, but true. Today, those four words are becoming even more commonly used in global conversations, policy, government and academic documents, within maritime professional and social circles and throughout media platforms worldwide, for example.

Nevertheless, we can do much more.

Every positive action, verbal comment, written supporting policy, individual or corporate initiative, report of abuse or constructive dialogue aimed at highlighting the need and want to uphold human rights as fundamental rights for all persons worldwide, is a step forwards.

In the maritime environment and specifically the commercial maritime space, there is a huge amount of work to be done in educating people, promoting the respect for human rights, promoting the acceptance of equality, ending impunity and achieving effective remedies for abuses perpetrated at sea.

Unfortunately, our greatest challenges and obstacles continue to stem from the background of commercial resistance to change from individuals, organizations and associations. This is often based upon ingrained institutional prejudices and the commercial drive for profit over people.

In the next 12 months, our charity wants to see greater public and private engagement from the global commercial maritime community in developing individual approaches to and interpretations of “Human Rights at Sea.”

We would like to see closer engagement with all maritime organizations, NGOs and welfare bodies. We would like to see new engagement with unions, the military and governments alike, and increased attention paid to the application of the 2011 U.N. Guiding Principles on Business and Human Rights. When applied properly, human rights can also be a commercial multiplier for legitimate business, and we continue to promote this line of thinking.

In sum, you cannot honestly argue that human rights do not apply at sea as equally as they do on land.

David Hammond is CEO and Founder of Human Rights at Sea.