As summer in the Northern Hemisphere approaches, forecasters begin watching every bout of rainy weather between the Gulf of Mexico and Africa. Each counterclockwise swirl of wind or burst of puffy clouds there has the potential to organize into a life-threatening tropical storm.

What are the warning signs that we might be in for another record Atlantic hurricane season like 2020, when 30 tropical storms formed, or a quieter one like 2014, with just eight?

The National Hurricane Center issued its first seasonal forecast of 2021 on May 20, and it expects a more active than normal season, with 13 to 20 named storms, six to 10 hurricanes and three to five major hurricanes. The first of those named storms, Ana, formed on May 22, 10 days ahead of the season’s June 1 start.

Here are some of the ingredients forecasters and scientists like myself look for.

Hurricanes live in the atmosphere, but they are fed by the ocean. First, let’s look even farther upstream and find out where they come from.

Like growing crops, hurricanes will be plentiful and robust with a large number of seeds and favorable environmental conditions.

The seeds of tropical storms are small and hardly menacing weather disturbances. You’ll find them scattered throughout the tropics on any given day. In the Atlantic, some start as clusters of thunderstorms over Africa, or as clouds near the Cape Verde Islands off Africa’s west coast.

The vast majority of these seeds do not survive beyond a few days, but some are swept up by the easterly airflow to be planted over the tropical Atlantic Ocean between about 10 to 20 degrees north latitude. This is the field where growth is really fueled by the ocean. From there, developing tropical storms are carried westward and northward by the “steering currents” of the atmosphere – avoiding the equator where the crucial effect of Earth’s rotation is too small for them to develop further.

The more seeds, the better chance of an active hurricane season.

Several factors influence the level of tropical storm seeding in a given year, but forecasters’ eyes are usually trained on the African monsoon in the spring.

Once those seeds emerge from the African coastline or from pockets of warm, rising air popping up elsewhere over the ocean, attention shifts to the environmental conditions that can fuel or limit their growth into tropical storms and hurricanes.

In general, tropical storms thrive where the surface ocean is a balmy 80 F (26.7 C) or warmer. That’s why hurricanes are rare before June 1 and are most likely to occur August through October, when the ocean is at its warmest.

The main fuel supply for tropical storms is the heat energy in the upper ocean, the top 100 feet (30 meters) or so. 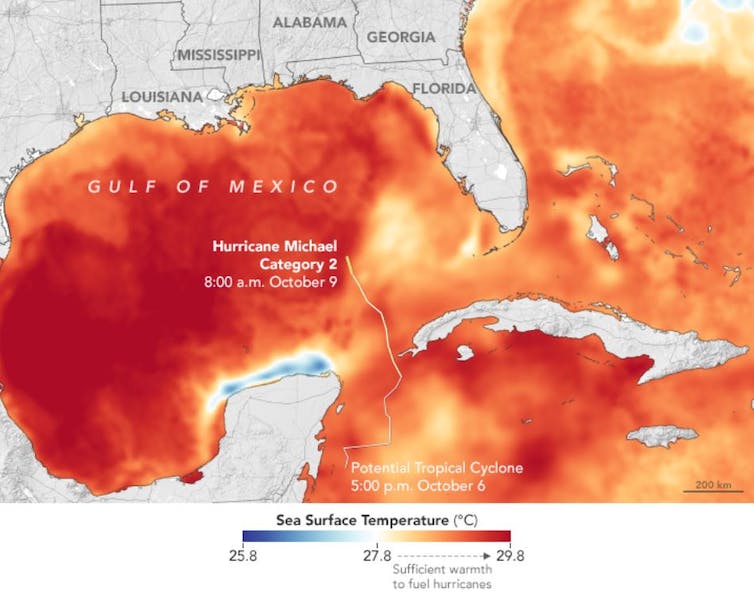 It’s more than just the temperature of the surface, though. A major factor in the development of very strong hurricanes is how deep the warm waters extend, and how sharply separated the warm layer is from the cold waters below. This is because hurricanes churn up the ocean as they move along.

If the layer of warm water is shallow and easily mixed, it doesn’t take much churning to dilute the heat energy at the surface with cold water from below, leaving less energy for the hurricane. But if the warm water goes deeper, the storms have more fuel to draw from.

The effect of upper-level winds

The prevailing winds already blowing in a region can also make or break a storm.

Winds blow at different speeds at different heights. It’s one of the reasons airplanes experience turbulence. How much faster the prevailing winds are near the top of the storm than at the bottom is called wind shear. With too much wind shear, the storm has difficulty maintaining those towering plumes of rising hot air.

Similarly, if the rising air can’t escape and flow outward quickly enough, the energy consumed by the storm can’t be ventilated and the engine chokes. Both can prevent the storm from becoming organized and either cap its growth or cause it to dissipate. 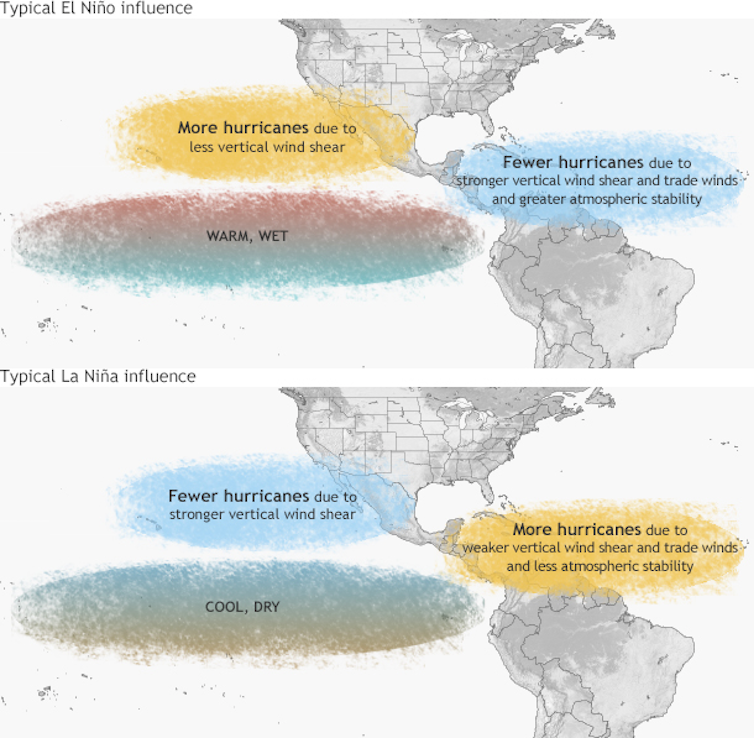 How El Niño and its opposite, La Niña, affect hurricanes. NOAA Climate.gov

An important clue about future wind shear in the Atlantic region comes from events thousands of miles away in the equatorial Pacific Ocean.

When the eastern Pacific Ocean is abnormally warm – known as El Niño – the global atmosphere gets rearranged in a way that increases wind shear over the Atlantic. That tends to suppress tropical storms there – but don’t bet the farm on it. Other slow variations in the climate system also influence environmental conditions, including multi-year periods of warmer or cooler than normal surface temperatures in the North Atlantic.

El Niño’s opposite, La Niña, tends to bring low wind shear, favoring more tropical storms. These conditions are near neutral right now, and forecasters are watching to see what develops.

So if you’re watching for early signs of Atlantic hurricanes in 2021, keep an eye on the African monsoon for storm seeding, temperatures in the tropical Atlantic Ocean to provide the fuel and a possible late-blooming La Niña, meaning less wind shear to tear storms apart. The National Hurricane Center – and many other forecasting groups in government, academia and industry – analyze these and other factors in their season projections. 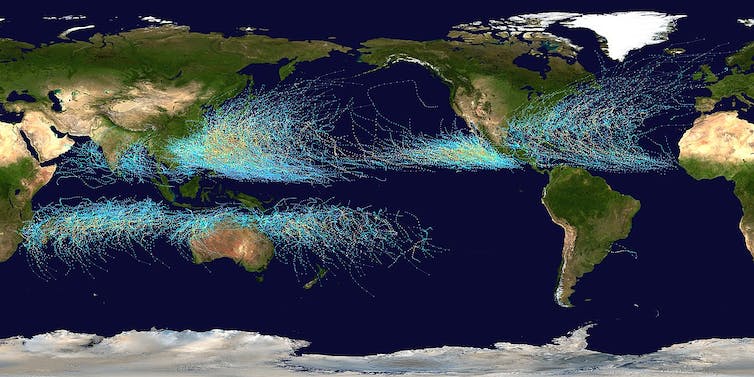 The total number of tropical storms tells only part of the story. There are other important aspects to keep an eye on over time, like how intense storms become, how long they last, how fast they travel and how long they take to dissipate after making landfall. Recent studies have indicated that hurricane-fueling ocean temperatures have been trending warmer since the Industrial Revolution, especially along the U.S. East Coast.

Coastal communities are already on the front lines of climate change with sea level rise. The potential for changes in extreme events like tropical storms, with their complex interactions with the atmosphere and ocean, are why hurricanes have steadily risen to be a top research priority.

Kristopher Karnauskas is an Associate Professor of Atmospheric and Oceanic Sciences and a Fellow of the Cooperative Institute for Research in Environmental Sciences, University of Colorado Boulder.