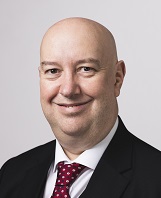 Seafarers’ mental health is by no means a new phenomenon. However, what is concerning to the maritime community, and beyond is that suicide rates among seafarers have more than tripled since 2014 (according to figures from the UK P&I Club). Suicide is now one of the most common causes of death at sea.

Mental health affects employees from all different industries and fields, and is certainly not isolated to seafarers. It is probably an accepted fact that the younger generation today spend longer periods of time on social media which can mean less physical interaction with friends and family. However the major difference for young seafarers is that they physically spend months, maybe years, away from home and away from friends and family who are their obvious support network.

Whilst technology has arguably improved the ability of seafarers to communicate and stay in touch with these people, seafarers can often be in different time zones which means they are unable to easily communicate with family and friends, or if they do communicate, they can often feel powerless to assist with any issues / problems being experienced by their loved ones at home.

We have seen in the last few years an increased awareness of mental health. There have been several high profile campaigns. All employers and employees, including those in the maritime industry, have an important role to play in encouraging employees to talk openly and honestly about any feelings they have, particularly when they’re struggling and therefore openly ensuring there is no stigma around mental health.

The best role models to take this role on whilst at sea are undoubtedly the Senior Officers and Captains although there should be a general awareness among all crew. The best way to tackle mental health is to accept that there are seafarers struggling with mental health problems and the maritime industry should focus on offering support and a non-judgmental environment for seafarers to talk about any problems they are experiencing.

We therefore need to move away from any missed place notion that a seafarer struggling with mental health could be perceived as “insane.” Indeed one could argue that anyone in the general public with this view, is themselves, “insane!”

Julian Clark is Global Head of Shipping at Hill Dickinson LLP. He is writing in response to this article: Seafarers are Just like Everyone Else.