Kenya has recently launched a 1.2-kilometer floating bridge across the Likoni Channel, which serves as a gateway for Mombasa Port. Ferries are currently used to transport people and vehicles across the channel, but due to increased demand as the population of the city grows, the viability of the ferry service has become limited.

It is estimated that about 300,000 pedestrians and 6,000 vehicles cross the channel daily, causing immense congestion during peak demand hours.

The new floating pedestrian bridge will help alleviate this pressure, and it is expected to be operational beginning on January 1. The $17 million bridge was built by China Road and Bridge Corporation (CRBC), and it is of Bailey type, made of lattice steel designed from prefabricated parts. It has a six meter wide bridge deck and 715 meter long floating section. In the middle, it has a 150 meter swing opening to allow the passage of ships calling at Mombasa Port to transit through the channel. 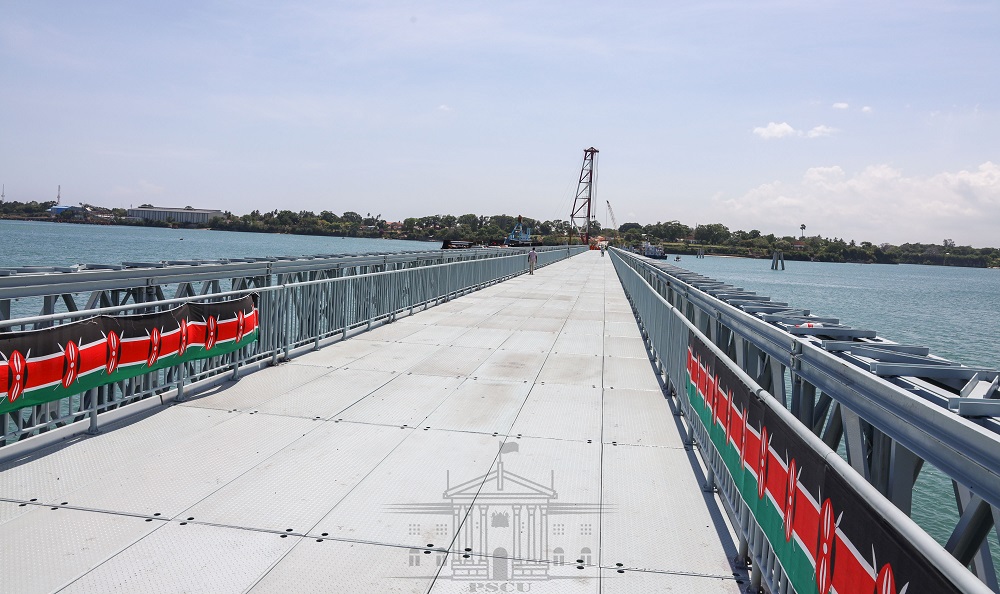 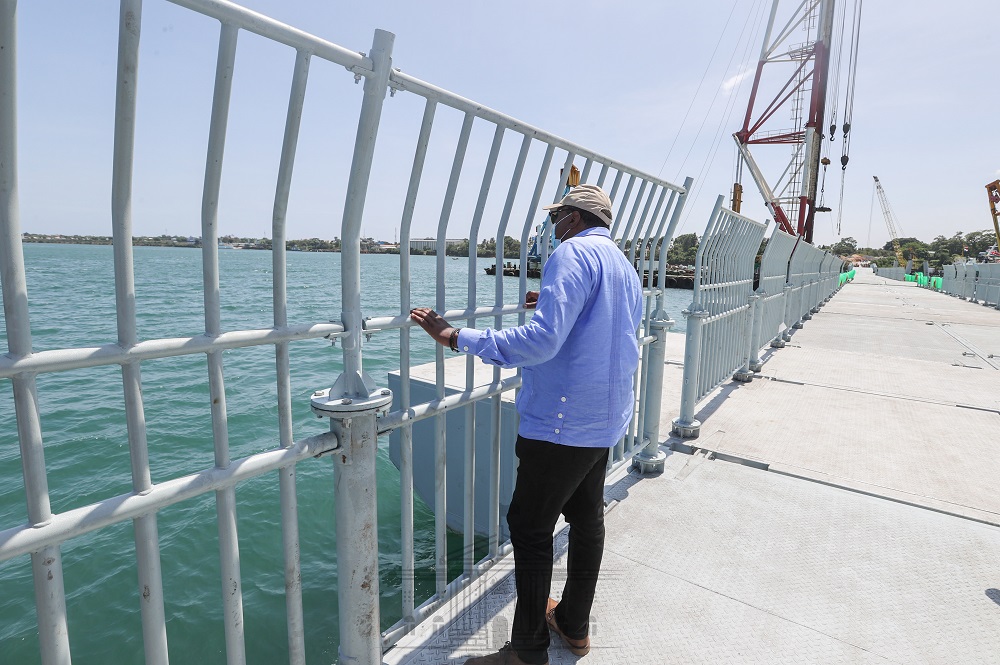 The bridge will be operated by Kenya Ports Authority, whose tag boats will be deployed to open and close the movable part one hour before a ship passes. This will also provide sufficient time for withdrawing undersea gravity anchors.

Although the bridge can last for over 50 years, it will be used temporarily as a way to address social distancing at the channel due to passengers’ overcrowding. It will be dismantled once the permanent Mombasa Gate Bridge project is completed, which is currently at design stage and estimated to cost $1.8 billion.

Brian Gicheru Kinyua is a freelance writer based in Mombasa City, Kenya where he researches and writes on logistics and the African Blue Economy. His primary focus is on shipping and ports development in Sub-Saharan Africa and how it fits into the global maritime order. He also provides consulting services in communications and public relations.