"When it is remembered that you have been in a harbor where from five to six hundred vessels were riding at anchor—in the midst of a great excitement—with crews insubordinate & lawless—without the aide of civil authorities or civil process & when day & night you have been called upon to render assistance & to aid masters of vessels in suppressing mutiny & violence, surely it becomes me to bear willing testimony to the necessity of your presence & your promptness in the discharge of your onerous duties." - Customs Collector James Collier to Capt. Alex. Fraser (RCS), San Francisco, 1850

Many believe that the “Wild West” existed in the frontier towns of the American West during the 1800s. However wild the American West may have been, it was no worse than the violence and lawlessness experienced on board the ships that sailed to the West Coast during the 1800s. The laws of this maritime frontier had only one enforcer, the U.S. Revenue Cutter Service, and C.W. Lawrence was the first cutter sent to the West Coast to enforce laws on the high seas. And, as the first cutter to enter the Pacific Ocean, Lawrence established the Coast Guard’s area of responsibility in the Pacific.

The Californian, tall ship for the State of California and replica of the revenue cutter Lawrence. (San Diego Maritime Museum)

C.W. Lawrence was built as one of seven replacements for cutters lost during the Mexican War. The cutter was named for the Collector of Customs at the Port of New York, Cornelius Lawrence, who also served as mayor of that city. Lawrence was a black-hulled brig-rigged Baltimore clipper carrying raked masts with a length of 96 feet, beam of 24 feet, and displacement of 144 tons. For armament, Lawrence carried two 32-pounders, one long 18-pounder and two 6-pounders; in addition to smaller weapons such as carbines, percussion pistols, Colt revolvers, boarding pikes and cutlasses. 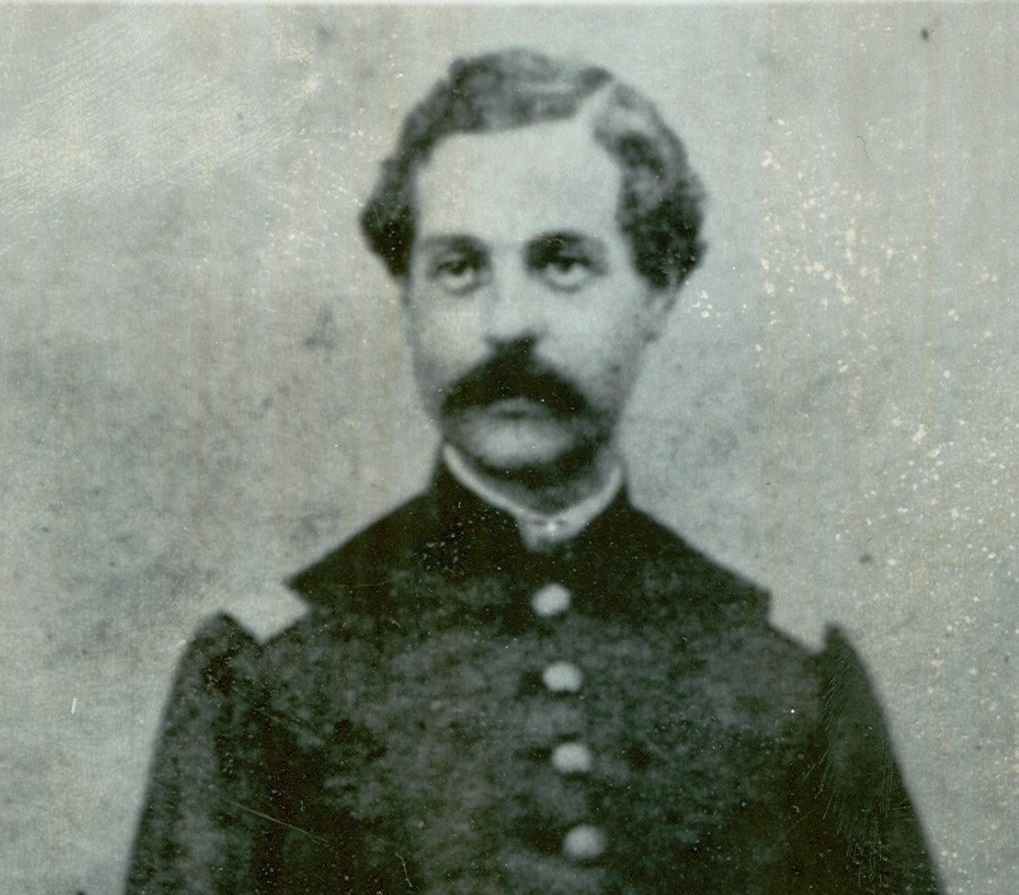 The Lawrence was launched on August 20, 1848, at William Easby’s shipyard at Foggy Bottom in Washington, D.C. The cutter spent the next several weeks fitting out before the Revenue Cutter Service accepted it for service on October 11. Lawrence’s first commanding officer, who also oversaw her construction, was Captain Alexander Fraser (left, courtesy Coast Guard Collection). Fraser had under his command 43 men, including an executive officer, two second lieutenants, two third lieutenants, a surgeon, and 35 enlisted men. On November 1, 1848, Lawrence set sail on a maiden voyage to the Pacific Ocean by way of treacherous Cape Horn.

During Lawrence’s nearly year-long odyssey from the Atlantic to the Pacific, the cutter’s crew suffered many hardships. The cutter hit foul weather as soon as it sailed into the Gulf Stream to begin the southbound leg along the Southeast U.S. The consequent damage to the cutter proved so severe it took nearly two months in Rio de Janiero to repair its hull, spars and rigging.

After Rio, Lawrence spent five weeks facing raging seas, howling headwinds and fierce storms trying to round Cape Horn. When the cutter finally entered the Pacific in June 1849, it became the first of numerous cutters to serve in that ocean. On Lawrence’s way to its new home in San Francisco, the cutter also visited Hawaii and recruited 17 Hawaiians for its crew. These were the first Pacific Islanders to serve in the Coast Guard. After an arduous voyage of over 11 months, including over a month to sail around Cape Horn, Lawrence arrived in San Francisco on October 31, 1849.

During Lawrence’s odyssey from the East Coast to the West Coast, gold had been discovered in the foothills of California. Difficulties soon visited the cutter in San Francisco when the crew learned of the fortunes made by those prospecting for gold. One after another, his officers resigned their commissions and his enlisted men deserted in droves, so Fraser soon found himself with a skeleton crew. The local customs collector chartered a small schooner, the Argus, and purchased another, Catherine, to carry out law enforcement patrols because they required smaller crews. For much of the next year, Lawrence remained idle on the San Francisco waterfront.

Described as a “forest of masts,” the anchorage off San Francisco held derelict ships in various states of disrepair and many with fouled anchors and cables. In 1850 alone, Lawrence was struck five times by drifting ships causing damage to the cutter’s hull, spars and yards. With his few remaining men, Fraser did his best to enforce the law, assist ships in distress and perform the duties of the Revenue Cutter Service. For example, when the steamer Sagamore burst its boilers on the waterfront, Cutter Lawrence deployed its boats to rescue survivors from the water and deliver them to the hospital.

Fraser did his best to enforce U.S. laws. In 1850, smuggling illicit goods into San Francisco reached a level not seen again until Prohibition and the criminalization of liquor sales. In the evenings, a crew from the Lawrence would use the cutter’s launch to patrol San Francisco Harbor for smugglers.

Fraser and his men also prevented mutinies on board merchant vessels newly arrived in San Francisco Bay when “gold fever” swept their crews. After Lawrence’s first few months in port, the cutter held so many mutineers in irons that it was little more than a prison ship. Later, the number of prisoners exceeded the capacity of Lawrence’s brig, so mutineers had to be placed in irons on board other vessels.

In late 1850, after Revenue Cutter Polk arrived to patrol San Francisco Bay, Lawrence was fitted-out for a cruise down the coast to chart the California’s inlets, bays and waterways. It was the first federal survey of the California coast. Lawrence cleared the Golden Gate on the night of December 26 and headed south along the coast. The cutter arrived in San Diego on January 19, 1851, and then sailed for the Hawaiian Islands, arriving at Hilo on March 7. After making a port call in Honolulu, Lawrence sailed for California, returning to San Francisco in early May.

Having overseen Lawrence’s construction, commanding the cutter during its epic journey to the West Coast and serving a year in San Francisco’s lawless waters, Fraser requested a leave of absence. His request was granted and Revenue Cutter Service captain Douglas Ottinger relieved him on June 7, 1851. 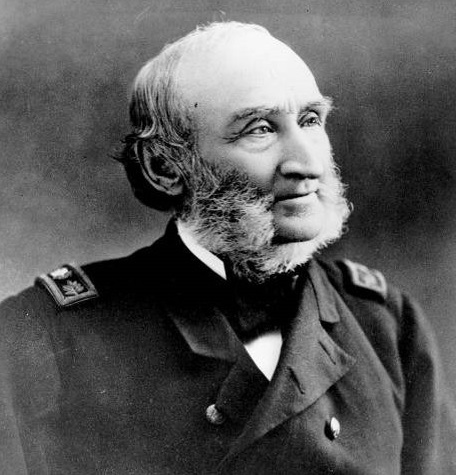 Like Fraser, Ottinger (left, courtesy Coast Guard Collection) oversaw the cutter’s missions of law enforcement, interdicting smugglers and quelling mutinies. In October, Ottinger and his crew participated in the infamous Challenge affair, when the crew of the clipper ship Challenge mutinied and a mob of 1,000 San Franciscans ransacked the ship and tried to lynch the ship’s captain and first mate. Ottinger and local authorities finally brought the situation under control.

At the same time the Challenge Affair took place, Ottinger dealt with several vessels rumored to have weapons and filibusters on board preparing to depart San Francisco for Hawaii to overthrow the Hawaiian monarchy. Somehow, Ottinger and his men averted an armed conflict with these vessels and kept them from carrying out their plan.

Unlike Captain Ottinger’s career, Lawrence’s career was over not long after this event. In the dark of night on November 25, 1851, with heavy seas, and visibility too poor to determine his location or judge the tide, Captain Ottinger ran the Lawrence onto a beach, near the approaches to San Francisco Bay. None of the crew were lost and the cutter’s ordnance and equipment were salvaged. For this accident, the Service absolved Ottinger of fault and he went on to serve a lengthy career in the Revenue Cutter Service. However, the cutter could not be saved and the local customs collector sold the beached hull and damaged equipment to salvers. Meanwhile, the cutter’s crew, armament and equipment were transferred to another cutter.

As the Pacific’s first revenue cutter, the Lawrence had served a career of less than four years. However, during that time, the cutter had seen more action than cutters several times its age. This action included putting down mutinies, interdicting smugglers, saving vessels in distress, charting the California coast and taming America’s maritime frontier. The Lawrence began serving on the West Coast 170 years ago, establishing the Coast Guard’s Pacific area of responsibility.

William Thiesen is the U.S. Coast Guard Atlantic Area historian. This article appears courtesy of Coast Guard Compass and may be found in its original form here.