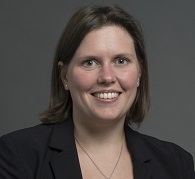 With the IMO 2020 regulations approaching, it is important that commercial operators are aware of the potential impact that volatile fuel prices may have on their operations.

The effect the new MARPOL provisions will have on bunker prices is not yet clear though it is expected to be significant. The current price spread between fuel oil with 3.5% sulphur content and low sulphur fuel (0.5%) is estimated to be around USD200, according to Clarksons Platou Futures and the surge in demand for low sulphur fuel, coupled with concerns on refinery capacity, is likely to result in price rises and fluctuations while the market settles out.

Many shipowners will be able to pass this cost onto their time charterers. However, under voyage charters, the owner is typically responsible for fuel costs.

Bunker adjustment clauses are commonly adopted in voyage charters or contracts of affreightment where price instability makes predicting the cost of performance difficult. There are two common types of such clauses.

These provide for increases in freight only where bunker prices go above a stipulated ceiling.  In anticipation of 2020 fuel price volatility, such clauses are likely to become indispensable to owners with long term contract of affreightments (COAs). There are several variations of such clauses.

The BIMCO Bunker Price Adjustment Clause might be suitable in some cases:

This is a relatively broadly worded provision that contemplates adjustment where the price of bunkers on the first day of loading falls outside a stated range. More complex formulae may be appropriate where prices are extremely volatile and the price of bunkers on a single date may not represent the costs incurred during the entire charter.  For example, the BIMCO clause does not account for the potential need to switch between different types of fuel. There is also no provision for price adjustment in relation to 0.1% sulphur fuel.

Other provisions provide for freight to be adjusted where bunker prices go above or below certain parameters. The major bunker price reporting agencies only recently started to publish assessments for 0.5% low sulphur grades. While indices for low sulphur fuel are still being established, a bunker escalation or de-escalation clause may be preferred by some.

Difficulties may arise in relation to existing contracts of affreightment, which often contain bunker adjustment clauses which apply a pricing index or adjustment mechanism that is not relevant to low sulphur fuel. There may be questions as to whether such clauses can be interpreted to apply to different types of fuel and still permit owners to adjust freight to reflect bunker price increases post 2020.

Owners might argue that the parties’ agreement to a bunker adjustment clause reflects a more general intention that bunker prices should be adjusted or escalated to protect parties from market volatility or price rises. However, clauses will need to be looked at on a case by case basis. It is likely to be difficult to construe such bunker adjustment provisions as applicable to a situation they were clearly not designed to cover.

These difficult issues of construction may be avoided if the parties are able to negotiate new provisions.

This issue is one that owners will need to address under any voyage charters in order to mitigate the financial impact of 2020. The market may adjust itself in due course, though it would be wise to take precautions.

Many major carriers have already indicated or announced that they will be implementing fuel surcharges, bunker adjustment factors, or other appropriate mechanisms to address the higher rate of lower sulphur fuel. In turn, the increased costs associated with 2020 are likely to be passed along the contractual chain to shippers and, in turn, to the end consumer. The impact of IMO 2020 is likely to be felt beyond the shipping industry and into the general global economy.