Primarily tasked with towing petroleum barges engaged in the North Atlantic coastwise trade, the Philadelphia is the fifth of eight 4,200-­horsepower, model bow tugboats contracted by Vane Brothers through St. Johns Ship Building in Palatka, Florida. The first in the series, the Elizabeth Anne, was delivered in January 2016, while the sixth in the series, the New York, is scheduled for completion this summer.

The DS-­510A, with a 53,000-­barrel cargo capacity, is the second new-build asphalt delivered to Vane Brothers by the Conrad Deepwater South shipyard in Amelia, Louisiana. The first was the DS-­509A, which was put into service in July 2015.

“Vane Brothers’ New Vessel Construction Program is a commitment we keep to our customers and our mariners to invest in the safest, most modern and efficient fleet,” says Vane Brothers President C. Duff Hughes. “We remain very pleased with the quality of tugboats coming out of St. Johns Ship Building and the barges being built by Conrad.”

With  an  overall  length  of 361 feet (110.03m)  and  a  62-­foot  (18.9m)  beam, the DS-­510A double-­hull tank barge utilizes  a sophisticated thermal heating system that keeps asphalt at approximately 300 degrees Fahrenheit so that the highly viscous liquid flows more easily. The DS-­510A operates at a pumping rate of 8,000 barrels per hour (bph) with a loading rate of 10,000 bph. Along with transporting  asphalt,  which  is  primarily  used  for  road  construction,  roofing  and  other  building  applications, the barge is generally suited  for moving heavy oil products. 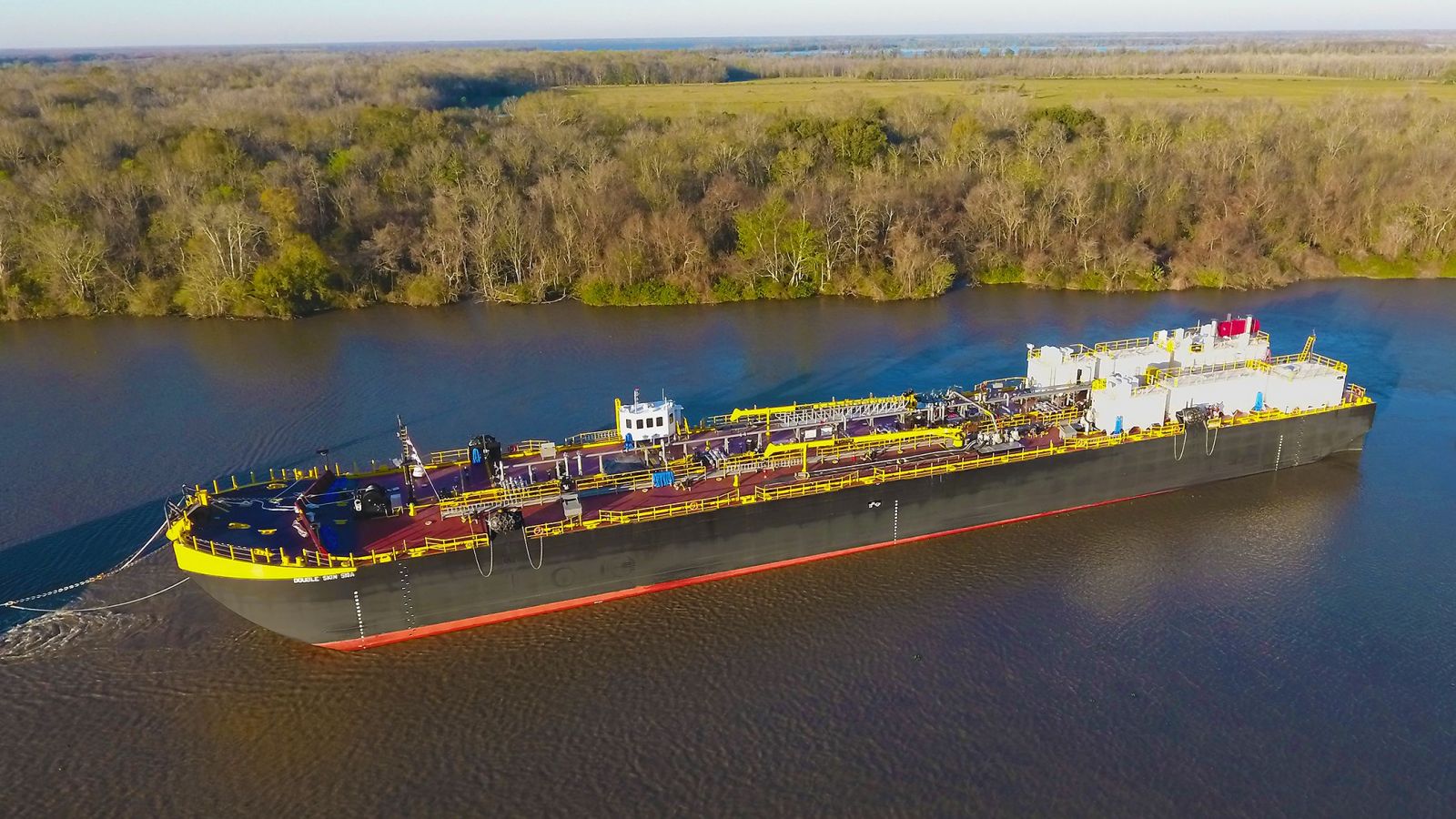