Thordon Bearings will celebrate the 20th anniversary of its first ever water-lubricated shaft installations on cruise ships during the Seatrade Cruise Global event, which takes place this week in Ft. Lauderdale, Florida. 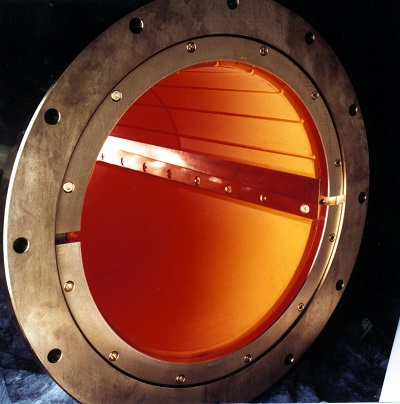 Since those very first installations, the sector has become a major proponent of the conventional water-lubricated propeller shaft design, with 32 ocean-going cruise ships currently operating the Thordon system and 11 more on order.

Commenting on the sector’s adoption of the technology, Thordon Bearings’ President and Chief Executive Officer Terry McGowan, said: “Environmental protection is of course high on the list of priorities for cruise ship owners, but system reliability, reduced operational expenditure and maintenance are other key factors influencing the purchasing decision.”

“During their years of continuous service, neither Grand Princess nor Disney Magic, or for that matter, any other cruise ship operating Thordon’s water lubricated propeller shaft systems, have experienced downtime, cancellations or changes to cruise itineraries due to bearing failure, which cannot be said of other propulsion arrangements.”

While the original bearings on the Grand Princess were replaced like-for-like during a major refit in December 2016, after 18.5 years of continuous service, the Disney ship continues to operate with the original polymer bearings to this day.

Andy Wright, Fleet Operations Director, Technical Operations, Princess Cruises, said: “During the vessel’s scheduled drydocking in 2013, class surveyors found the COMPAC bearings to be still fit for purpose but recommended changing them at the next drydocking in 2019. We decided to replace all four bearings in 2016 during Grand Princess’ extensive refit at the Vigor floating dock in Portland, Oregon.”

Adding insight to the case for seawater-lubricated propeller shafts is Richard Vie, FREng, CEng, CMarEng, FIMarEST, a former Vice-President, Technical Development and Quality Assurance, within Carnival Corp’s Corporate Shipbuilding division, and who was involved in the design of the Grand Princess and subsequent Princess cruise ships.

“There is a raft of reasons behind the cruise sector’s adoption of the technology. When we built Grand Princess the risks we were addressing were unscheduled drydockings (there were not many drydocks that could accommodate a ship of this size at the time) and oil pollution. The cost benefit analysis included, as best we could, the expected lifetime of the bearings and I believe we assumed one replacement throughout the life of the ship. Even with this cost figured in, the benefit [of the water-lubricated conventional shaft system] was still overwhelming.”

Craig Carter, Thordon’s Director of Marketing and Customer Service, said: “The success of these installations after twenty years of service verifies the long-term reliability and performance of seawater-lubricated shafts. None of the bearings we have installed have required replacement due to wear, no shafts have been withdrawn and no corrosion issues have occurred. This is why it is the most reliable and pollution free propulsion design for the cruise industry.  It’s reliability is unmatched in cruise ship operation.”

Since those first installations, Thordon has supplied its water-lubricated bearing system to most of the major cruise lines. Of the 17 cruise ships in the Princess fleet, 13 operate with the Thordon system as will three newbuilds. All the cruise ships in the Seabourn, Disney and Viking fleets have the arrangement, while other operators using conventional Thordon seawater lubricated bearing systems include MSC Cruises, P&O Cruises, Oceania and Regent Seven Seas. 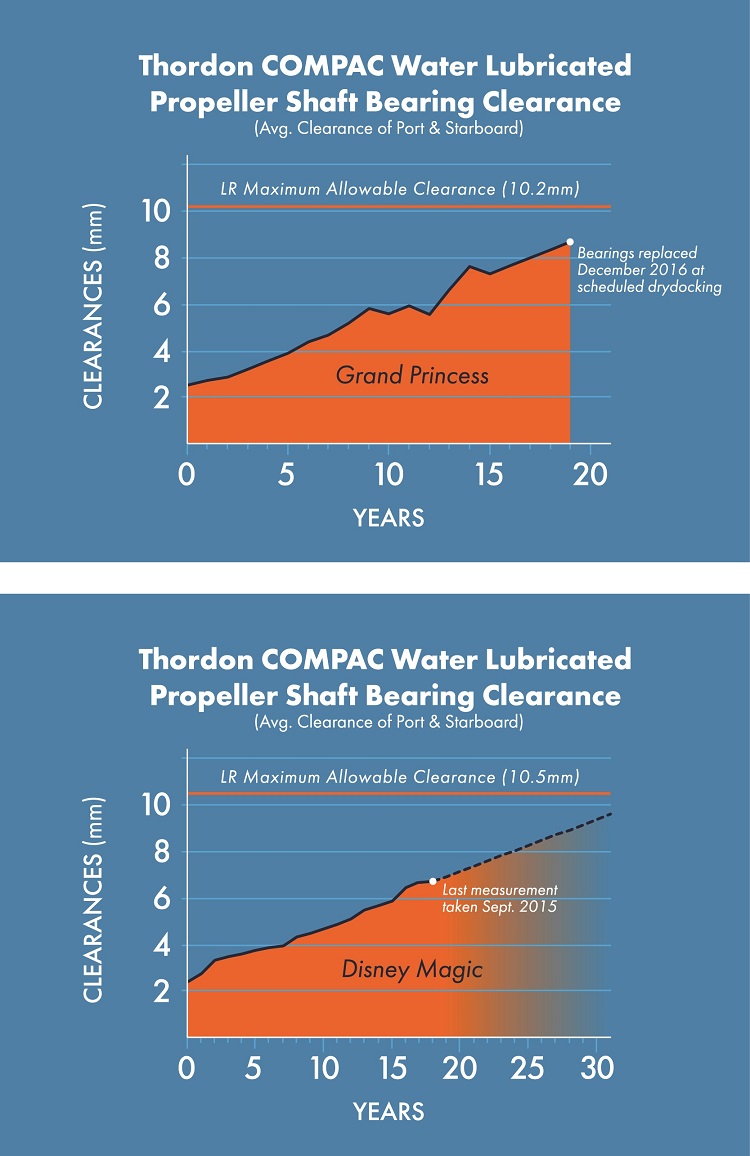