A 35m Sentinel patrol vessel designed and built by Cape Town shipyard Nautic Africa (a Paramount Group company) withstood a pirate attack off the coast of Nigeria at the end of September thanks to its high levels of ballistic protection, which secured the safety of the crew and ensured the uninterrupted operation of the vessel.

The vessel and crew succeeded in thwarting an ambush attempt by pirates who attacked them from the front with AK-47s. The crew managed to escape the attack unscathed, proving that the 35m Sentinel patrol vessel is properly armoured for its task. 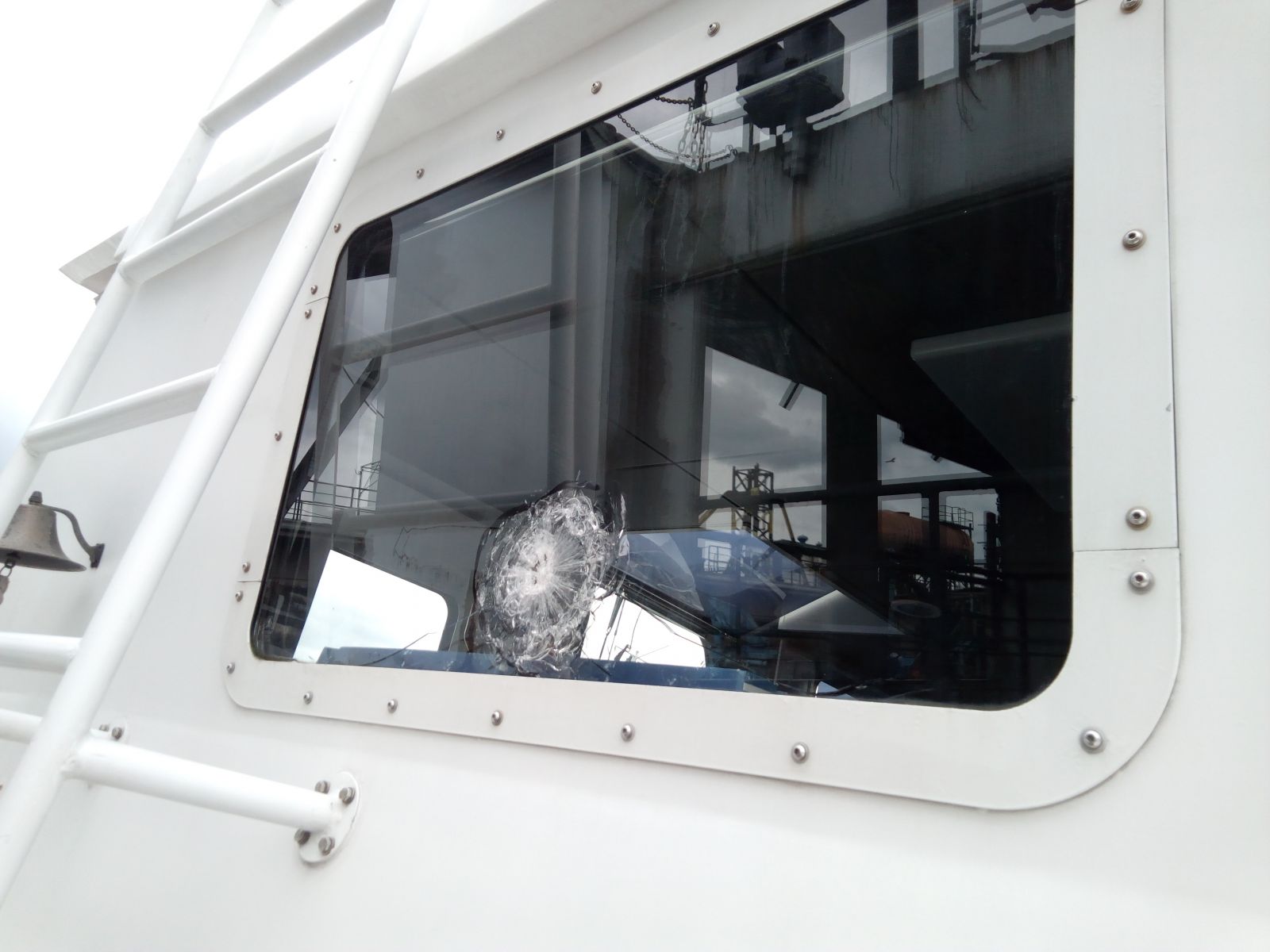 “The demand for fast, rugged and highly ballistic protected vessels is particularly strong among African countries on the east and west coasts that are affected by incidents of piracy, drug trafficking, oil theft and/or illegal, unreported and unregulated fishing as well as other illicit offshore activities,” says James Fisher, Executive Chairman of Nautic Africa.

“Ballistic protection has become a must in many African markets in order to guarantee the safety of the crew and passengers,” says Fisher, who adds that Nautic pioneered the use of ballistic protection in the oilfield support market. “We have invested substantially in providing market-leading capabilities in this area.”

“We are particularly grateful that one of our vessels met and delivered the required protection for crew who are susceptible to the dangers of these areas,” he said. “Nautic Africa is very confident in the knowledge these security vessels, which are manufactured using the lifesaving ‘Super Shield’ composite structure, will provide significant ballistic support from AK 47 gunfire. Nautic Africa’s STANAG Level 1 Ballistic Protection is standard on all platform security vessels.”

The vessels are primarily used for security and transfer of crew and cargo off the coast of Nigeria, and can also be used for various other roles such as dive support, environmental protection and, because of their versatility and adaptability, are able to conduct diverse operations and deal with a number of threats within a country’s exclusive economic zone.

At the time of design, the Nautic Africa team undertook extensive research and development to ensure that they delivered the best possible product. The vessel is constructed with 5083 aluminium plates while the bridge is fitted with Nautic’s patented SuperShield Ballistic Structure. This provides protection against small arms such as AK-47 rifles favoured by sea borne criminals.

Nautic’s in-house design capability allows for greater levels of customisation on new builds to suit specific clients and the shipyard is committed to developing a support network on the continent.