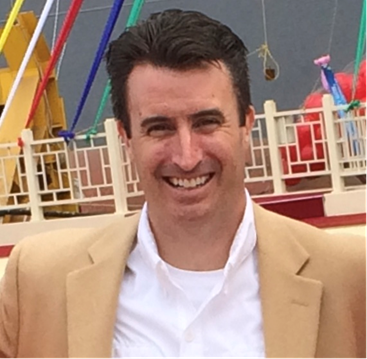 The State University of New York (SUNY) Maritime College has apppointed Captain Morgan McManus as the master of its training ship, the T/S Empire State VI. Captain McManus graduated from SUNY Maritime in 1992 with a bachelor’s degree in Marine Transportation.

Captain McManus has over 12 years’ experience sailing as master, including on the SS Cape Jacob, the sister ship to T/S Empire State VI.  His sailing career has taken him on various types of commercial ships including steam, motor, breakbulk, container, car carriers, tankers, and cutting-edge dynamic positioned drill ships. He also served as watch officer onboard T/S Empire State VI during a summer training cruise.

Captain McManus’ current shipping experience in the areas of navigation and safety and industry knowledge will be of great benefit to the students and college. Most importantly, his current and wide range of experience will help SUNY elevate its license programs to new levels through applied learning experiences.

As MARAD commences construction of the first new academy training ship, which is due to replace T/S Empire State VI, Captain Morgan’s experience with new-build ship construction projects will be beneficial to Maritime College and MARAD. Captain McManus' appointment will be effective April 4, 2019.

A year into the pandemic, the U.S. Navy reports that its 5th Fleet is responding to outbreaks of the virus on two vessels both operating in the Persian Gulf region. The Navy is following the protocols developed last year after the first outbreaks of the virus aboard its ships that drew worldwide attention. As of the last report, approximately a dozen service members aboard the amphibious transport dock USS San Diego tested positive for COVID-19. The San Diego is docked...

Newport News Shipbuilding, one of the U.S.’s oldest shipbuilders today focused on the U.S. Navy, announced that it is laying off 314 salaried employees as well as taking other steps to control costs. While the number of employees impacted is only a small percentage of the total workforce, it marked the first time in five years the shipbuilder has taken steps to reduce its workforce. “Today is a tough day as we say goodbye to 314 fellow shipbuilders as part...