Yesterday, the Stena Imperator side by side with her sister the Stena Imprimis were named at the Chinese shipyard GSI (Guangzhou Shipbuilding International) in Guangzhou in southeast China. The two vessels are nos. 11 and 12, in a series of 13 identical IMOIIMAX tankers all ordered by Stena Bulk. The 13th and last IMOIIMAX tanker will be delivered in January next year. Both the now named vessels are owned by Stena Bulk.

It was a hot summer day when the hundred or so guests from all over the world gathered on the quayside for the solemn double naming ceremony. The two proud godmothers – for the Stena Imperator, Ylva Syrén Carlsson and for the Stena Imprimis, Denise Baum – as tradition dictates, wished the vessels, their captains and crews fortune and prosperity on the seven seas and swung the bottles of champagne against the tankers’ bows.

“It was a spectacular sight with the two sister tankers beside each other and the somewhat unusual situation as such made the naming ceremony a bit special and extra festive. We are now approaching the final delivery of our large order consisting of 13 IMOIIMAX tankers. We are very proud of and satisfied with our fleet, which now consists of ten units in operation. Both the technical and the commercial concept have proved to be very successful”, says Erik Hånell, President & CEO, Stena Bulk. 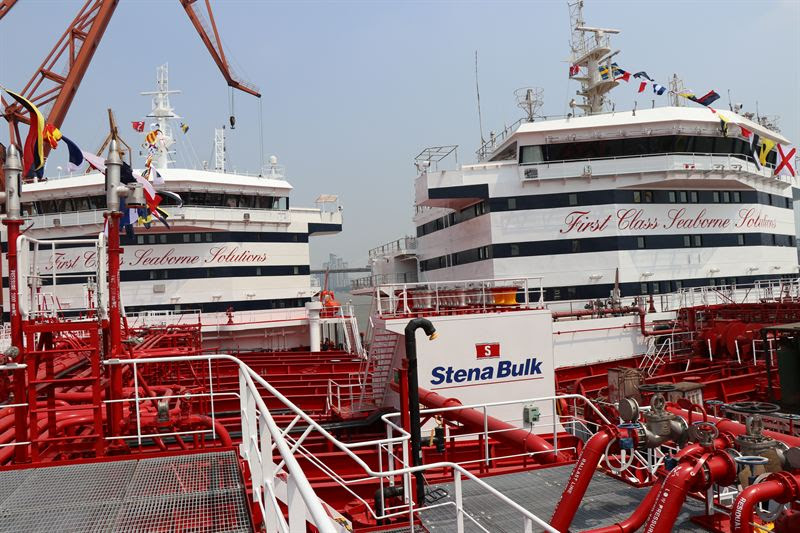 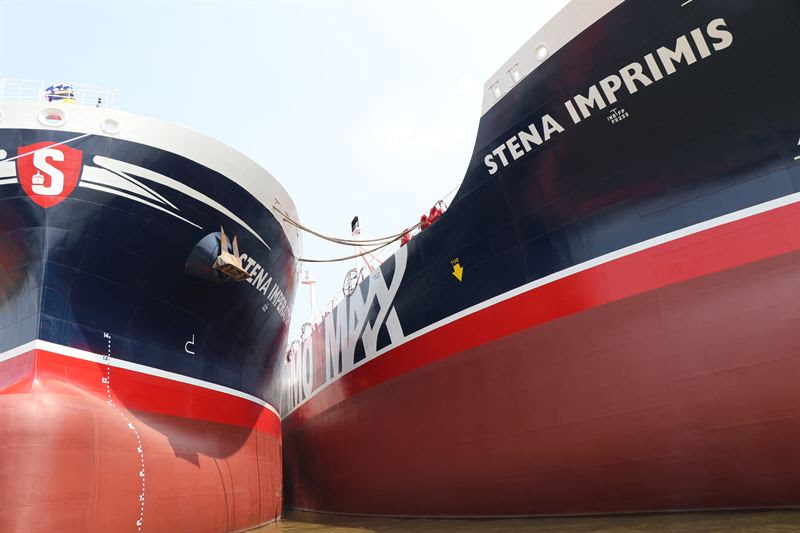 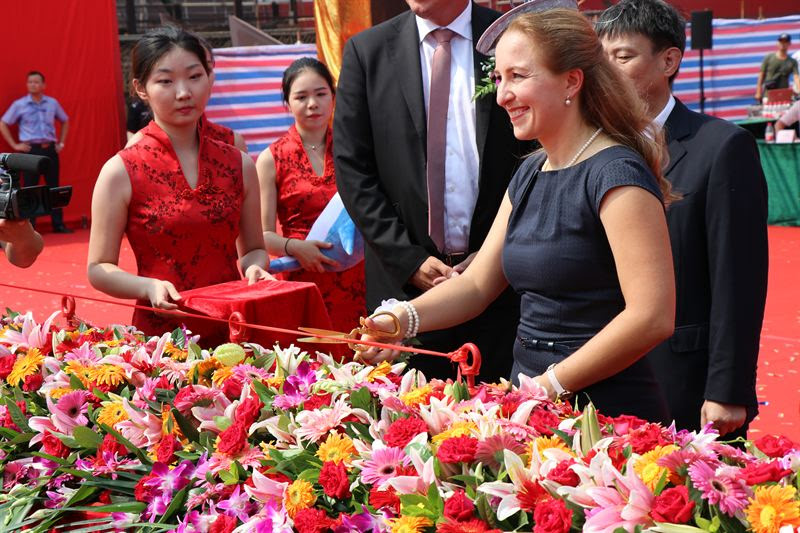 Traditionally, the shipowner, in conjunction with the naming ceremony, makes a donation to the shipyard to be used in a suitable project. In this case, USD $15,000 were donated to GSI’s shipyard workers as well as USD $15,000, half of which was donated to a nursing home and half to a Kindergarten, both related to GSI.

IMOIIMAX is a further development of an already well-established concept and the innovative technical design was developed by Stena Teknik together with the Chinese shipyard GSI. It offers several advantages such as extra large cargo flexibility, a high level of safety and economical fuel consumption – 10-20% lower than that of equivalent vessels when sailing at service speed.

With offices in six countries, Stena Bulk is one of the world’s leading tanker shipping companies. The company controls a combined fleet of around 100 vessels. Stena Bulk is part of the Stena Sphere, which has more than 20,000 employees and sales of SEK 60 billion. For more information, see www.stenabulk.com.