Pakistan is an important maritime state in the Western Indian-Ocean region naturally endowed with an approximately 1,050 kilometer long coastline and an Exclusive Economic Zone covering about 240,000 square kilometer. The country faces an array of challenges while trying to cash into its Maritime and Blue Economic potential.

The Cohort-II of the Maritime Summer School 2019 (August Session in Islamabad) was intended to address the huge national, regional and global maritime economic situation regarding the ‘Gross Marine Product’ of the world's oceans and the epidemic of ‘sea blindness’ that have for so long plagued the ranks of the populace. The aim of Maritime Summer School 2019 (MSS19) was to promulgate the issues of the maritime realm thus broadcasting them to the relevant people and forums.

The MSS19 also aspired to formulate solutions by promoting exchange of ideas among the participants and experts from different professional spheres. MSS19 was themed along five topics, which included: Understanding Maritime, Policy Design and Analytics, Maritime Economy and Industry, Security and Diplomacy, and Socio Economic Factors of Coastal Community. The sessions of Maritime Summer School 2019 included lectures, simulation exercises and exposure visits to notable institutes.

In the second session of the day Dr. Nuzhat Khan - DG National Institute of Oceanography, gave a presentation titled, “Our Shared Seas: Its Potential, Challenges and Future Prospects”. She covered the facts regarding the oceans being the prime source of life on earth and that they are capable of providing $21 trillion worth of potential services.

Day 2 was themed on Policy Design and Analytics, and included a visit to Centre of International Peace and Stability, NUST. The session started with Dr. Aneel Salman, (Director Maritime Summer School (MSS19)) presenting on “Policy Analysis and Analytics.” He defined ‘policy’ in general and the National Maritime Policy of Pakistan in particular whilst describing the approaches towards policy analysis. Dr. Tahir Ul Mulk Kahloon, (Assistant Professor National Defense University) gave his presentation on Policy Design. He stated how policy is a political activity and what its significance it possesses.

Day 3 was themed on Maritime Economy and Industry and included a visit to Islamabad Policy Research Institute. Ammar Alam (Research Associate Maritime Study Forum) gave an introductory presentation on Maritime Economy and its potential. Khurram Mirza (Executive Director Pakistan National Shipping Corporation) presented a brief history of shipping in Pakistan along with history of Pakistan National Shipping Corporation (PNSC). He informed the audience on the advantages of having a national flag carrier fleet and how PNSC acts as Pakistan's second line of defense by giving strategic and energy shipping solutions under its national flag carrier fleet.

Day 4 included Maritime Security and Diplomacy and included a seminar on “Maritime Diplomacy in Modern World” at IPS, as well as a visit to Naval Headquarters. Jawad Falak (Research Associate Maritime Study Forum) gave an introductory presentation on Maritime Security in which he focused on non-conventional threats and importance to counter these threats in order to ensure maritime security around the region, and around world at large.

Vice Admiral (R) Khawar Ali Shah (DG National Institute of Maritime Affairs) opened his address on how his own experiences provided him with the opportunity to understand and study maritime diplomacy. He described the role, prominence and significance of navies in regard to maritime diplomacy.

Later on Dr. Khuram Iqbal (Assistant Professor National Defence University) gave his presentation on “Chinese’s Maritime Diplomacy: A Case Study of South China Sea”. He spoke on how China attempted to pacify the South China Sea while the Western Powers struggled to manipulated the narrative on South China Sea. Vice Admiral (R) Iftikhar Ahmad Rao (Former Deputy Chief of Naval Staff (Operations)) added comments to the input from the speakers, saying that in the non-conventional security domain, piracy has shifted from its place of origin, and it is also being utilized by different state actors to their benefit. The session concluded with Khalid Rehman (Executive President Institute of Policy Studies) who emphasized on need for effective diplomacy in the era of hybrid warfare.

The fifth and last day was themed on Socio-Economic Factors of Coastal Communities. The session commenced with Samina Qureshi (Assistant Professor Karachi University) delivering a presentation on “Coastal Communities in Sindh: An Overview.” She noted that coastal communities along coast of Pakistan are diversified and that the main source of livelihood in these communities is fisheries, agriculture, livestock and cattle herding.

Naufil Shahrukh (General Secretary Maritime Study Forum) spoke on the “Socio-Economic Challenges of Coastal Communities in Balochistan.” He started with a brief history of Balochistan’s coast. He highlighted the different challenges faced by the local communities in regard to education, supply of electricity and clean drinking water and among other things, illegal trading channels. He went on explain the deep rooted tribal construct of the local communities and how it would affect policy implementation.

Maritime Summer School 2019 finished with a closing ceremony at the Gun and Country Club Islamabad with Sheharyar Afridi (Federal Minister for Narcotics) gracing the occasion as chief guest. 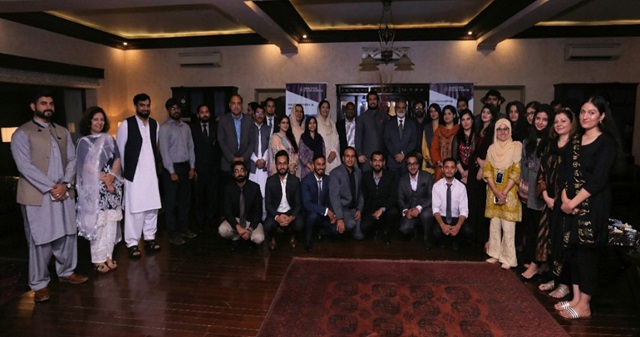