The vessels were commissioned into service with a ceremony on January 23rd at DCCG’s Station Aruba in the district of Savaneta on Aruba’s southeast coast. Among those present were officials from the Aruban government, Dutch Ministry of Defense, DCCG, and Metal Shark, as well as local and regional media outlets.

The new Metal Shark patrol boats were acquired by the Dutch Ministry of Defense to bolster its capabilities across the Caribbean. In all, the DCCG will operate twelve Metal Sharks in the territorial waters of Aruba, Bonaire, Curaçao, St. Eustatius, St. Maarten, and Saba. 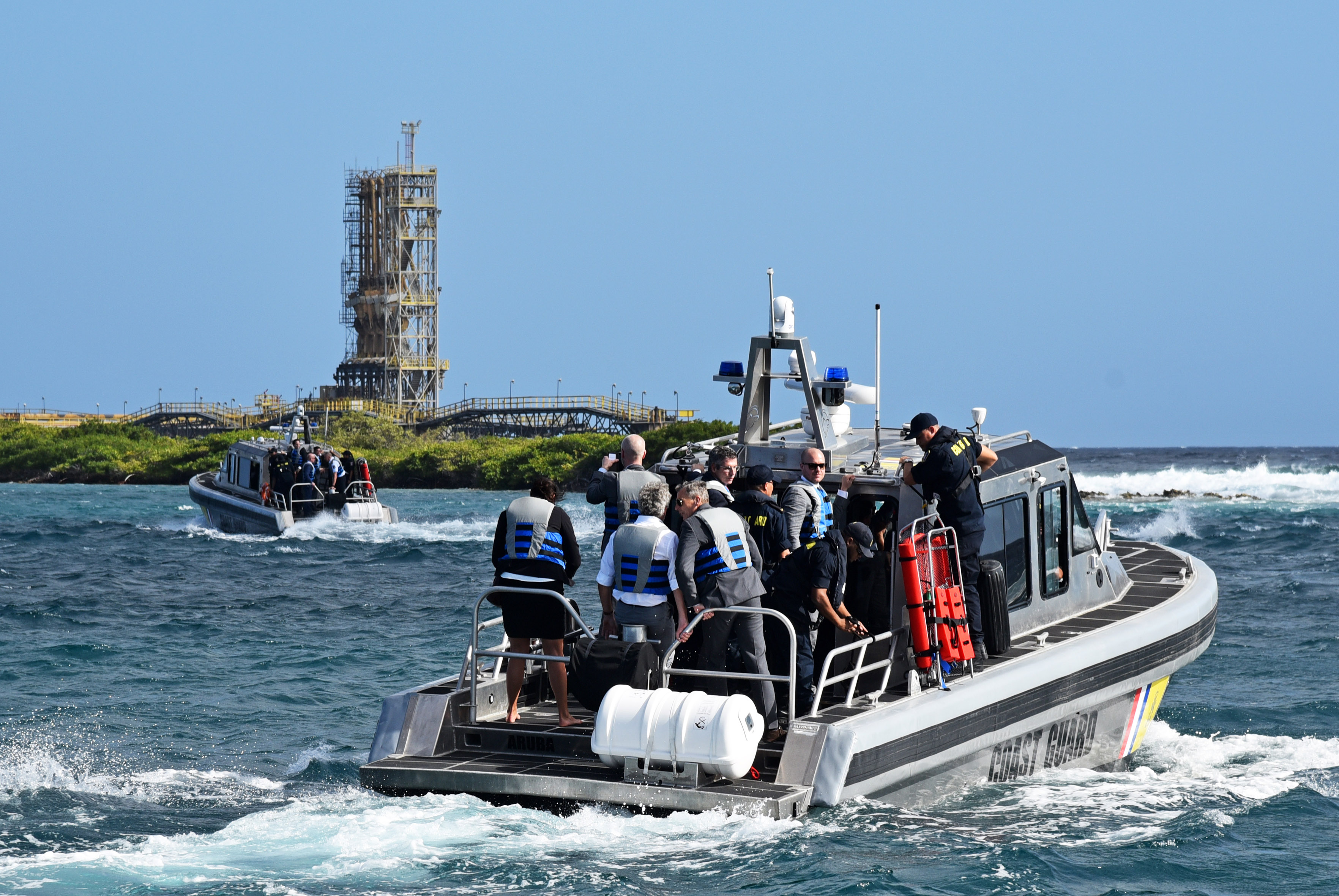 A fully-enclosed pilothouse shields the crew from the elements, while Metal Shark’s signature “Pillarless Glass” pilothouse arrangement assures unimpeded visibility. A full suite of navigation electronics includes Raymarine radar, GPS, and multifunction display, and a FLIR thermal-imaging system for night operations. Composite armor panels provide ballistic crew protection, Shockwave Corbin shock-mitigating seating has been provided for a crew of six, and anti-fatigue floor covering has been employed in the pilothouse and the belowdecks crew spaces. For extended patrols at sea, accommodations include an enclosed head compartment, galley, and v-berth.

“With the acquisition of these four state-of-the-art high-performance patrol boats, the Dutch Caribbean Coast Guard has significantly increased its capabilities in Aruba,” said Josh Stickles, Metal Shark’s vice president of marketing, who was in Aruba for the commissioning ceremony. “Joining the four identical Metal Sharks delivered to neighboring Curaçao last year, these vessels will strengthen the DCCG’s presence across the region.

“This delivery represents the latest result of our multiyear collaboration with the Dutch Ministry of Defense and end users in Curaçao, Aruba, and St. Maarten, which will soon receive its own fleet of four Metal Shark patrol boats,” explained Henry Irizarry, Metal Shark’s vice president of international business development. “Our globally proven 38 Defiant patrol boat platform has been fully optimized to meet the DCCG’s requirements for performance, durability, and crew safety in open-ocean conditions across the Caribbean.”

The final four vessels built for the DCCG are currently en route to St. Maarten and will enter service following activation and crew instruction by a Metal Shark training team.

“Metal Shark continues to expand its international presence with vessels now in military and commercial service in over 50 countries,” said Mr. Irizarry. “With our diverse range of globally proven platforms and our ability to custom tailor vessels to suit even the most demanding mission requirements, operators worldwide continue to choose Metal Shark.”