Shipbuilder Metal Shark has been selected to build the next generation of fire boats for the Miami-Dade Fire Rescue Department.

The 50’ x 15’ vessels will be powered by twin inboard diesel engines mated to water jet propulsion units, with exact specifications to be announced. Projected top speed is in excess of 45 knots, for the fastest possible emergency-response time. At a more economical cruise 30-knot cruise speed, the vessels are expected to deliver a nominal operating range of approximately 250 nautical miles. 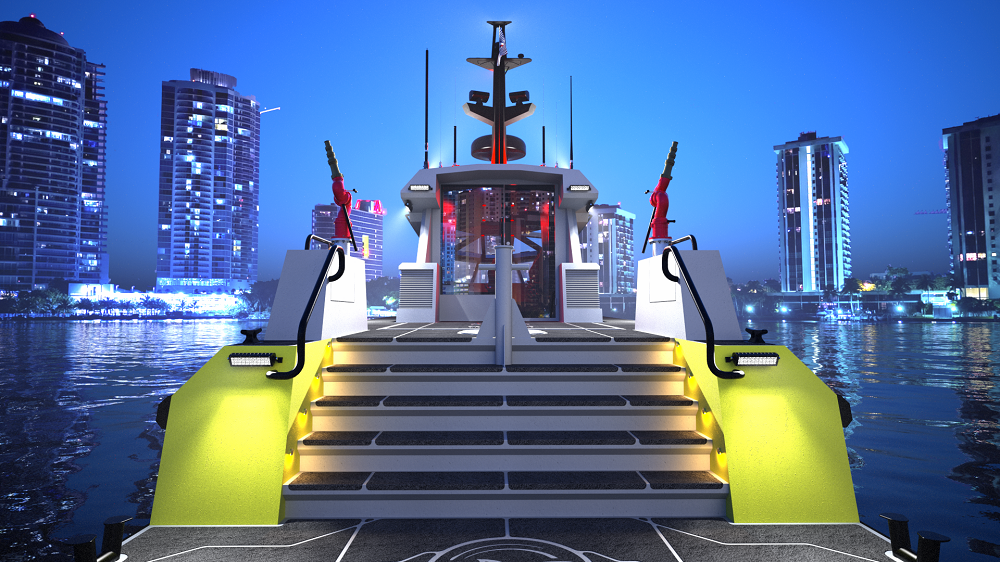 “We were impressed at every turn with the diligence and the professionalism of Miami-Dade Fire Rescue’s leadership, and especially their unwavering commitment to the safety of their firefighters,” said Metal Shark CEO Chris Allard. “The Department conducted in-depth research followed by a lengthy procurement process to acquire the most modern, efficient, and proven fire boat on the market, and our 50 Defiant checked all the boxes.”

With the acquisition, Miami-Dade Fire Rescue, one of the largest fire departments in Florida, will join a growing list of Metal Shark fire boat operators.

“While Metal Shark builds over 200 boats per year and we are perhaps best known for the large fleets of military vessels we design and build, we continue to expand ourpresence in the fire boat market,” said Dean Jones, Metal Shark’s Vice President of Sales for Fire, Law Enforcement, and Specialty Markets. “In the past eighteen months, Metal Shark has added nearly ten new fire rescue customers.”

“Metal Shark is looking forward to delivering these new, state-of-the-art, American-made fire boats, whichwill afford the operator the very latest advancements in fire boat design and technology,” said Mr. Allard. “With these new vessels, Miami-Dade Fire Rescue crews will be able to respond faster and do their jobs more safely. This is a real win not only for the firefighters, but especially for the people of South Florida.