CCN’s 31-meter motor yacht Vanadis is the first hybrid yacht propelled by SCHOTTEL azimuth thrusters (type STP). It is powered by a propulsion system consisting of diesel engines with in-line electric motors. The vessel was built by the Italian shipyard CCN and has already been handed over to its European owner. It will be deployed in Italian waters. The M/Y Vanadis, the fourth model in CCN’s Fuoriserie line, is also the winner of the “Green Yachts” category at the World Yachts Trophies 2019.

“Electric power is also making its way into the yacht sector,” notes Diege Michele Deprati, CEO of CCN. “An increasing number of customers wish to practice their passion for yachting quietly and emission-free. To achieve this, we have equipped the Vanadis with a propulsion solution from SCHOTTEL and a DC bus system from Siemens. We chose SCHOTTEL because of its high level of expertise and decades of experience in this field.”

The propulsion system of the Vanadis consists of two CAT C9.3 engines which drive the two SCHOTTEL Twin Propellers type STP 150 FP (260 kW each). These power the yacht to achieve a maximum speed of 12.5 knots, which drops to eight knots when cruising in electric mode. Beyond a lower fuel consumption and a limited environmental impact, it enhances on-board comfort thanks to reduced noise and vibrations.

The craft is fitted with a set of lithium-ion batteries (175 kWh) which supply most of the on-board utilities. The vessel can thus remain at anchor at zero emissions for up to 17 consecutive hours and cruise at limited speed for up to 120 minutes, depending on the power load.

Each SCHOTTEL Twin Propeller is equipped with two propellers rotating in the same direction. This feature allows the power to be distributed over two propellers and thus reduces the load acting on each individual propeller. The result is a considerable increase of efficiency and comfort when compared with systems incorporating just one propeller. The STP is thus ideally suited as a propulsion unit for all vessels with design-related higher propeller loads.

Named after a Norse goddess

Named after a goddess of Norse mythology, the all-aluminum yacht features a master cabin and two guest cabins to accommodate a total of six guests. There is also a second pilot station located on the flybridge. 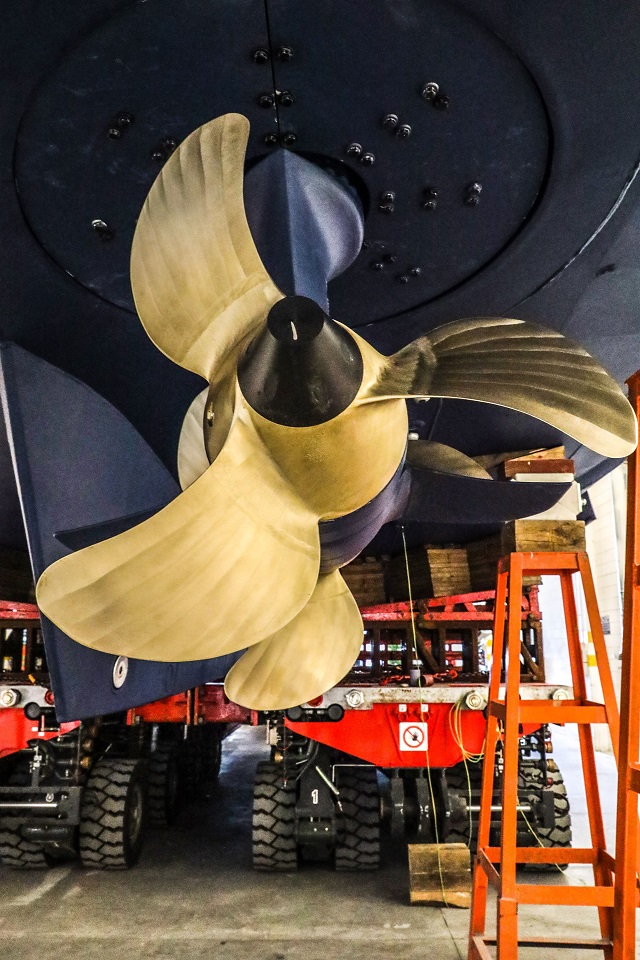