The steel cutting ceremony of the first “Doha” class corvette ordered to Fincantieri by the Qatari Ministry of Defence within the national naval acquisition programme, took place today at the Muggiano (La Spezia) yard, in the presence of the Deputy Prime Minister and Minister of State of Qatar for Defence Affairs, His Excellency Khalid Bin Mohamed Al Attiyah and the Italian Minister of Defence, Elisabetta Trenta, welcomed by the Chairman and the CEO of Fincantieri Giampiero Massolo and Giuseppe Bono (above).

In the awarding of this prestigious contract, Fincantieri has prevailed over other competitors thanks to a project recognized as the most advanced and innovative of all. The presence of the two Ministers testifies the international value acquired by Fincantieri, which, thanks to the experience gained in the construction of hi-tech vessels, today is a reference Group also in the naval field. 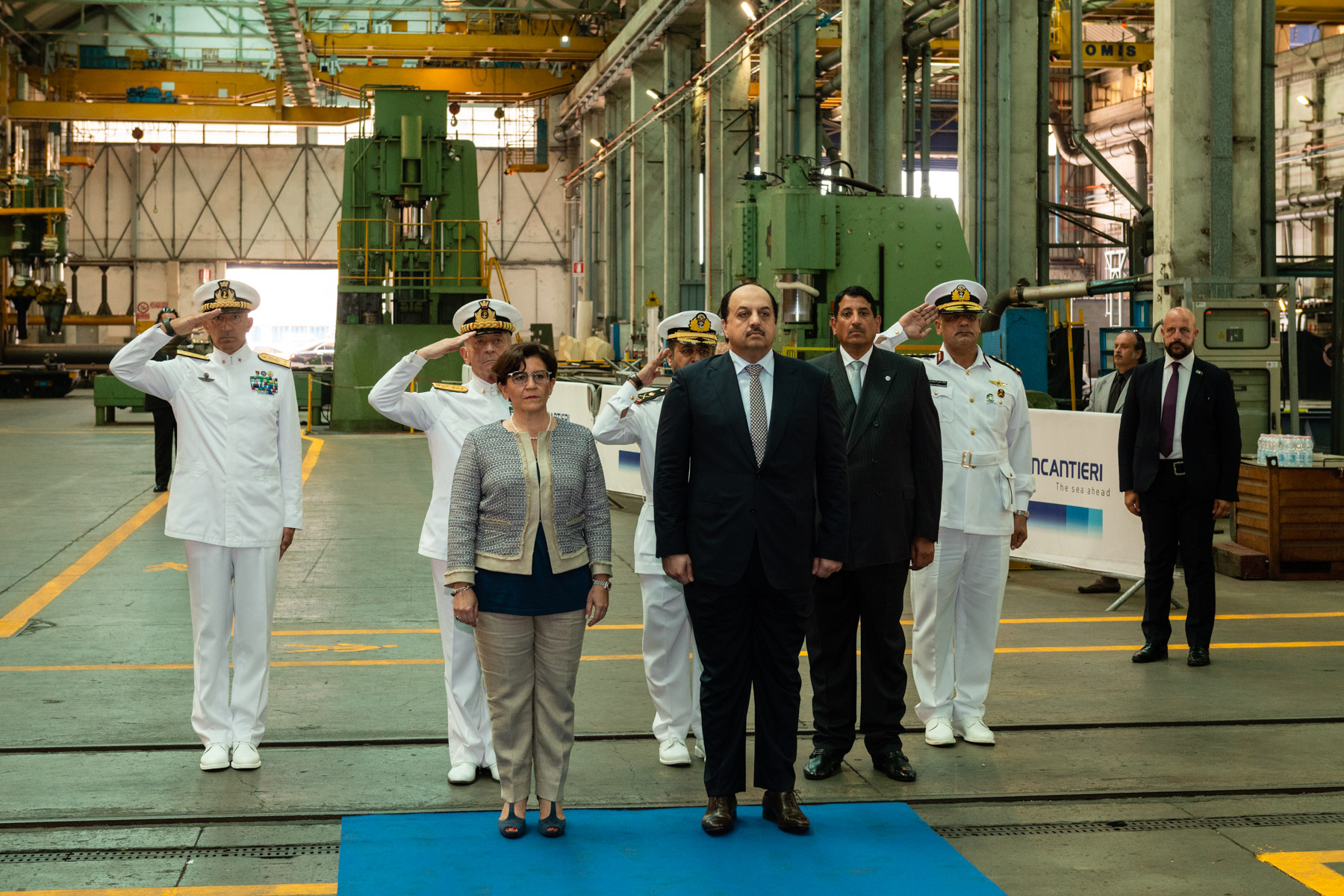 The contract, amounting for Fincantieri to approx. 4 billion euros, envisages the supply of seven surface vessels, of which four corvettes, one amphibious vessel (LPD - Landing Platform Dock), and two patrol vessels (OPV - Offshore Patrol Vessel) as well as support services in Qatar for further 10 years after the delivery of the vessels. All the units will be entirely built in Fincantieri Italian shipyards starting from this year.

The ceremony was attended, among others, by the Staff Major General Abdullah Bin Hassan Al Sulaiti, Commander of the Qatar Emiri Naval Forces, and the Chief of the Italian Navy, Admiral Valter Girardelli.

The first “Doha” class corvette, of which the first steel was cut today, is designed consistent with the RINAMIL rules and will be a flexible type of ship capable of fulfilling different kinds of tasks, from surveillance with sea rescue capacities to being a fighting vessel. Will be about 107 meters long, 14.70 meters wide, with a maximum speed of 28 knots. It will be equipped with a combined diesel and diesel turbine plant (CODAD) and will be able to accommodate 112 persons on board, of whom 98 of the crew.

Furthermore, the vessel will be capable of operating high-speed boats such as RHIB (Rigid Hull Inflatable Boat) through lateral cranes or a hauling ramp located at the far stern. The flight deck and hangar are sized for hosting one NH90 helicopter.