It is estimated that there are over four million fishing vessels operating around the world, the maintenance of which can provide unique problems in comparison to land-based assets. One problem which can plague larger boats is how to secure their machinery to a foundation with complete contact and optimum load transfer. This is crucial for reducing vibrations and any consequent damage. However, chocking heavy equipment can be a difficult and expensive endeavor.

Off the coast of Lima, Peru, a fishing vessel home to 500 tons of storage decided to use polymeric materials when it came to chocking its main engine. New chocks were necessary after scheduled maintenance on the propulsion system meant the main engine and the reduction gearbox needed realigning and securing.

The first chocking option to be considered, the conventional option, was to specially manufacture metal shims. However, because they could not guarantee 100 percent support and would likely require corrections, the boat’s crew made the decision to invest into a liquid compound to pour. The idea behind this was that a polymeric material would be simple and quick, avoiding downtime for the ship and still exhibiting excellent long-term outcome.

After comparing various options, the selected material was Belzona 7111. There were several reasons why this was chosen including:

• Its high compressive and creep strength, which would mean it was a durable choice for years to come
• The fact that it holds many certifications, including: American Bureau of Shipping, Lloyd’s Register, Rina, Korean Register of Shipping, Class Classification Society, DNV-GL, Nippon Kaiji Kyokai
• The product availability wasn’t at any point a concern and It was a more cost-effective option than alternative solutions

The final reason Belzona 7111 was favored was thanks to the design calculation made beforehand which proved the product suitability. 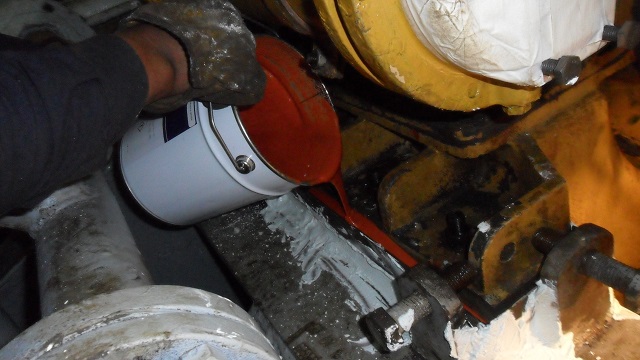 The first application took place on the main engine base of the boat’s propulsion system where four chocks were necessary to guarantee steady support and alignment. The tolerance for the alignment between the engine and gearbox was very stringent, so it was essential that the chosen product would meet these. Belzona 7111 is a self-levelling material so after being poured into the casings, it smoothed out to provide the perfect chock with minimal curing linear shrinkage and outstanding mechanical properties. 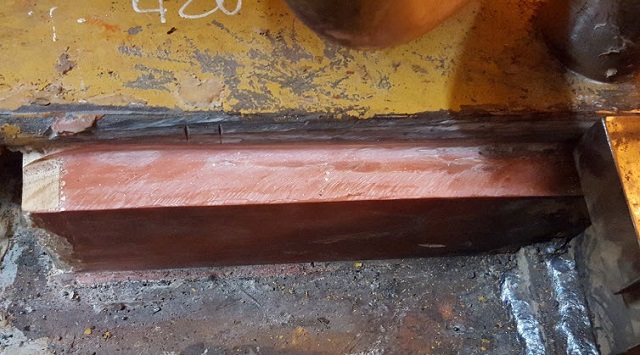 Following on from this, the reduction gearbox saw two dams being filled out, also following the same alignment requirements between the two main components of the propulsion system of the boat. Here, Belzona 7111’s compressive strength shone because, even when left to cure for just 24 hours, the weight of the equipment was released and the specified torque to the anchor bolts applied, the thickness of the chocking material yet stated within the alignment tolerance. Then, following on from the pour and cure, both main engine and gearbox were finally secured in place by tightening the hold down bolts. After this, the machines were found aligned one another within the allowable alignment requirements as per manufacturer.

These applications were simple and effective, and the boat’s crew were very satisfied with the whole project. From Belzona’s technical support, both locally and globally, to a successful application which is still performing perfectly today, almost three years later.

Around the world, in shipping vessels and industrial settings alike, asset owners are looking for more efficient processes to keep their machinery maintained. Oftentimes this leads to using new technologies rather than traditional repairs. In this instance, Belzona 7111 was an ideal solution and has once again proven itself to be an excellent alternative for chocking applications.