Logs and records accounted for the highest deficiencies, along with alternate management methods, mandatory practices, ballast water management plans and the discharge of untreated ballast water. The USCG noted a lack of familiarity among crews regarding the strategy and operation of a ballast water management system, along with maintenance issues. Similar concerns were expressed at a conference in China last year when one representative reported unsatisfactory performance based on experience with the treatment systems fitted on 36 percent of its fleet. This has caused crews to lose confidence in the treatment systems and has induced a fear of additional commercial risk among shipowners.

The lack of an agreed testing standard creates significant risk. Inaccurate testing and false readings could lead to delays with port state control and potentially significant fines, risking reputational damage, as well as the impact of non-compliant discharges on the environment. The USCG also advised in its report that operational control restrictions had been imposed on 17 vessels due to the severity of deficiencies.

Having a robust and consistent standard in place eliminates ambiguity and provides assurance that compliance can be proven based on trusted and accurate data. A regulatory standard that has been developed and agreed by leading experts will provide shipboard personnel as well as port and flag state officials with a standard for verifying whether the system is working as intended.

Chelsea Technologies Group (CTG) is working closely with regulators including the IMO and port authorities as a trusted and workable international standard is developed for ballast water sampling and analysis, one that is based on a proven methodology for representative sampling and analysis of ballast water. The company has already initiated discussions with accreditation authorities and is undergoing a process of third-party protocol testing.

Unlike detailed analysis methods where samples need to be assessed in laboratories by specialists in water microbiology, testing can be carried out by any crew member at any stage during the ballast water discharge operation, producing results in a matter of minutes. 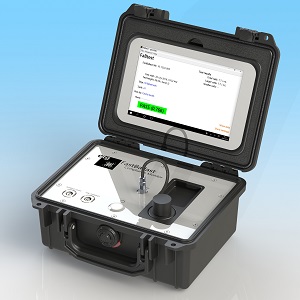 CTG’s FastBallast will help dramatically reduce the impact of invasive species worldwide. FastBallast was identified by Saudi Aramco’s in-house marine biology experts as the most accurate solution in the market for the sampling and testing of ballast water, and will be used to conduct spot checks undertaken by third-party sampling companies.

Since August 2017 Saudi Arabia has been conducting ballast water monitoring on vessels and conducting spot checks to ensure compliance. Saudi Arabia revealed highlights of its onboard sampling initiative in a paper submitted to the fifth meeting of IMO’s Sub-Committee on Pollution Prevention and Response (PPR5) in February this year. Sampling data was obtained from more than 500 vessels by Global Strategic Alliance (GSA) using CTG’s FastBallast monitoring system. A pass rate of 90 percent was reported for vessels using the D2 standard.

FastBallast is the only technology capable of operating in a flow-through mode, while providing a high degree of accuracy with a representative report on discharge compliance. FastBallast is capable of determining the phytoplankton cell density of ballast water to IMO D2 & USCG Discharge Standards (10 to 50 µm range), with an equal degree of confidence as laboratory analysis.

The lack of an agreed industry standard for ballast water testing and analysis is creating risk for both shipowners and the environment. To eliminate the risk of any ambiguity over results, potential fines, delays and reputational damage, it is vital that ballast water sampling and analysis is conducted using a proven methodology and is measured to a consistent standard. As more vessels become equipped with systems, and compliance monitoring becomes more widespread, action is required now to develop an agreed industry standard to provide certainty for shipowners, crews and port state authorities.