Ringing in the New Year with Rhyme

On New Year’s Eve the midnight log entry at a U.S. Coast Guard unit takes on a life of its own and is traditionally written as a poem.

Here are some of the unit logs below and some other poems written by Coast Guard units for the New Year. 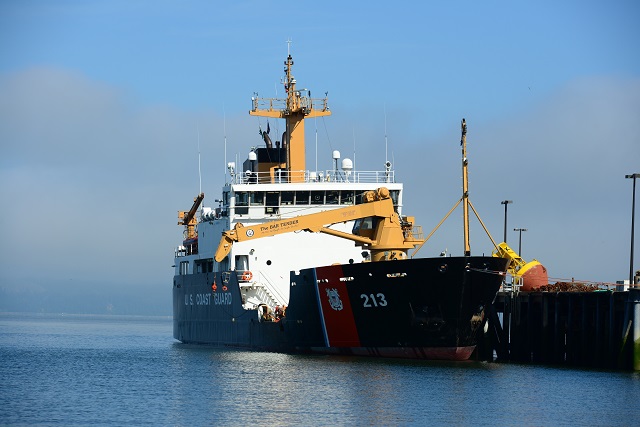 The Coast Guard Cutter Fir, a 225-foot buoy tender, launched on August 18, 2003. The Fir was named after one of the original lighthouse tenders and is responsible for maintaining aids to navigation on the lower Columbia River and the coasts of Oregon and Washington. U.S. Coast Guard photo by Petty Officer 1st Class David Mosley.

Coast Guard Cutter Fir
0000-0400
A new year arrives and it’s a chilly sight,
Moored port side to with lines tripled on this crystal clear night.
D-13 has our OPCON, ADCON, and TACON all joint,
In Astoria, or at U.S.C.G. Base Tongue Point.
Yoke is set and the ship is a whisper,
All lights glow bright and couldn’t be crisper.
Fir 1 and Fir 2 both willing and able,
Fir 2 on the pier and Fir 1 in the cradle.
Our status is Charlie as we toil away,
To make the ship run as well as Santa’s sleigh.
Receiving some water, some power and phone,
Sewage and internet, from shore ties alone.
BM2 Thornton has the watch, the OOD that is,
While DC3 Parson does the inport watchstander biz.
At midnight all the ships sound their horns with great cheer,
As fir joins in and wishes all a happy New Year! 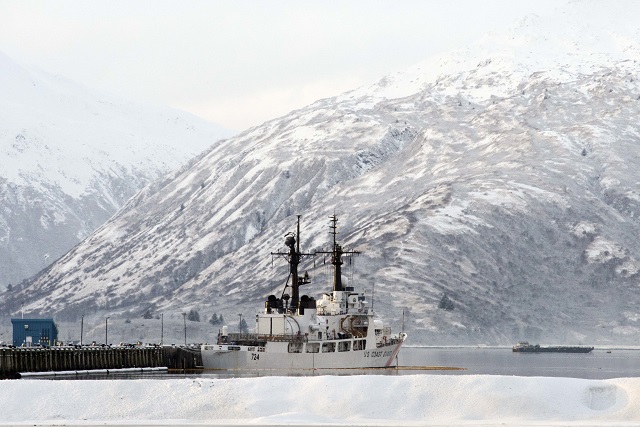 Coast Guard Cutter Munro
Nestled in Kodiak,
beneath a celestial Zodiak,
Rests the cutter Munro,
her doubled mooring lines running to and fro.
Quietly she slumbers at the pier,
but not alone the Haley and the Spar are here.
Controlled by COMPACAREA in far away Alameda
Munro sits with their OPCON, and FPCON Alpha
and we must not forget the ADCON.
Electricity, water, sewage,
and phone lines are affixed
Aircraft warning, blinker, and deck lights are burning brightly,
they won’t soon be missed.
Her small boats are currently away
tucked safely in the NESU
but there they shall not stay,
for soon we shall be underway
but for now she slumbers through it all.
Yoke is set, on the hour security does call.
ENS Hasbrook sits easy in his chair,
Knowing that his section sees to her with care.
MUNRO we will have need of you soon
But for now we will festoon ourselves with silly hats
While watching fireworks burn and crack
And try not to think of how soon we must leave
For such dour thoughts are best kept faraway.
For now MUNRO sleeps through it all
While the crew shouts Happy New Year!
To one and all. 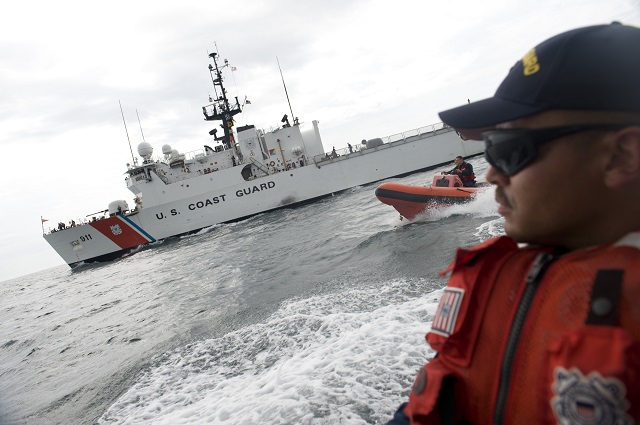 Coast Guard Cutter Forward
2016 is here, but where is the FORWARD?
Out on patrol to foil narcotic warlords
We patiently wait, displaying darken ship
As drug runners race, unknowing their slip
With holiday spirit and plenty of cheer
The Coast Guard brings justice, panic, and fear
To those who are criminals and maritime culprits
FORWARD will bring you a hot cup of justice

In rain, in snow – through sleet or hot sun
To any in peril, we come on the run
Making good speed to all souls in distress
A beacon of hope to those seeking rest
The WMEC proudly displaying the numbers
911: no need to call others
So to those who are in danger or out lost at sea
“Ever the sentinel,” we’ll come making best speed

Now 2016 has come, the FORWARD underway
In the spirit of our country, the great U.S. of A
While we may have to miss seeing family and friends
Though we dream of our homeland, this job never ends
We are maritime guardians, in war and in peace
Enforcing all laws and saving from seas
And one thing is certain, I swear that it’s true
Count FORWARD “Always Ready,” steaming into the blue 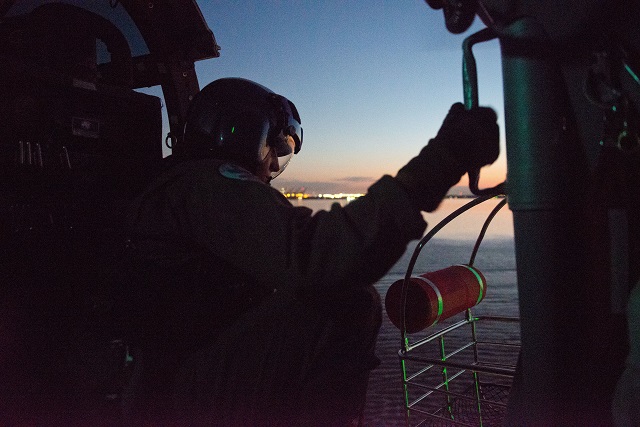 Three Helos lined up,
all orange and bright.
Each one prepared,
to conduct SAR every night.

The aircrews well rested.
Their flight suits are pressed.
In a flash they’d be ready,
in helmets, gloves, and vest.

To the B-1 they’d pile,
their gear all in tow,
waiting on coordinates,
like Texans waiting on snow.

With a flip of some switches,
and lists checked twice,
their bird comes alive,
ready to pay any price.

Through Hail! Through Rain!
And even through Mist!
Cross Lightning! Cross Thunder!
Well- you get the gist.

They’ll hover and hoist,
to see you back home.
They’ll even swim the sea,
So you’re not cold and alone.

Heroes for sure,
Each one and all.
It’s because of their watch,
that Texans stand tall.

So whether you’re at a table,
or in the shrimping fleet,
AIRSTA Houston sends our wishes,
that your holidays are neat.

Enjoy the hams and the turkey,
Each gift be superb.
Just do us a solid,
and remember your EPIRB.