Over 100 Years of Pyrotechnic Flares

The sight of a red parachute flare launched 300 meters into the sky or the dazzlingly bright red aura of a handheld flare remains the most universally recognized indication of a distress situation at sea, with the use of pyrotechnic flares now dating back over 100 years.

Following the sinking of the Titanic in 1912, Safety Of Lives At Sea (SOLAS) regulations were put in place whereby it became a requirement for certain life-saving appliances to be carried on board commercial ships, including pyrotechnic distress signals.

Still a requirement today, pyrotechnic flares have different functions designed to suit a specific emergency situation or to initiate a specific action. For example, the Red Parachute Rocket is a long-range signalling device with a 30,000 candela red flare suspended on a parachute deployed at an altitude of 300 meters and burning for a minimum of 40 seconds as it descends at a controlled rate of no more than five meters per second. 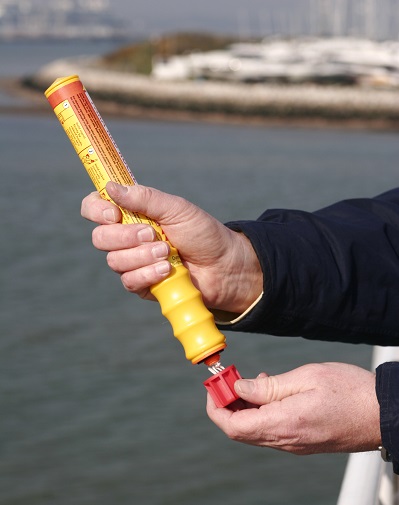 Red handheld flares and orange smoke signals function as distress alerting signals, as well as being one of the most effective ways of pinpointing a position during a search and rescue operation. Parachute illuminating rocket flares are used extensively by search and rescue organizations at night or for collision warning.

Pyrotechnic flares are unique in that they are entirely self-contained devices, do not rely on battery power or electronics, cannot be extinguished once ignited and are designed to withstand exceptional environmental exposure and perform reliably even after immersion in water. SOLAS compliance requires the devices to pass extremely demanding tests at the beginning and at the end of their service life. All products are rigorously proof-tested throughout every stage of the manufacturing process and independently tested annually.

With such advances in technology, there are now a variety of other products available which can be used to signal distress at sea and aid rescues at sea. These include EPIRBS (Emergency Position Radio Indicting Beacons), AIS (Automatic Identification System for collision avoidance) and DSC (Digital Selective Calling on VHF radios).

EPIRBs are constantly changing to include new features and functionality, and one of these new concepts is the integration of Automatic Identification System (AIS) technology into 406MHz life-saving devices. Since becoming a mandatory collision avoidance system in the maritime industry, AIS technology has evolved to become a popular accompaniment to traditional search and rescue methods.

Unlike 406MHz products that rely entirely on the global satellite-based rescue system, AIS-based devices can provide local rescue information to nearby vessels by transmitting an AIS MOB message containing your position and identification. The transmission will then be picked up by all AIS equipped vessels within your range. This information can then be displayed on a chart plotter, resulting in easier navigation for the rescue team and an increased response rate to save those in danger at sea.

While electronic safety technology has evolved over the years, so have pyrotechnics. Modern flares are smaller, burn more efficiently and have less explosive content, making them ever more reliable and easier to use, whilst still operating to the same performance standards mandated within the SOLAS regulations.

Nothing replaces the immediacy of a flare when it comes to signalling in an emergency, and nothing is as easily visible for locating those in trouble at sea. Pyrotechnic flares produce heat and smoke; two important elements in assisting search and rescue operations, providing a visual indication of wind strength and direction at sea level to pilots and an unmissable signature to thermal imaging equipment commonly used by emergency response teams.

It is important to remember that all distress signalling products have a function and work best when used in conjunction with each other. There is no single system or device that provides the ultimate in rescue signalling and nothing that replaces the specific function of pyrotechnic flares, making them a vital requirement for all types of vessels all over the world. 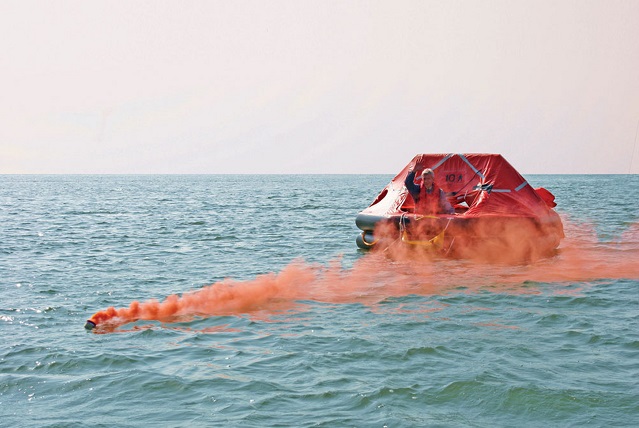 Keith Bradford is Product & Customer Service Manager at Drew Marine Signal & Safety. Drew Marine Signal & Safety is the world’s leading supplier of marine distress signals under the brand names Comet, Pains Wessex, Oroquieta and Aurora. It is a specialist in the manufacture and worldwide distribution of these products, and has a strong, established global network of more than 200 specialist distributors around the world.