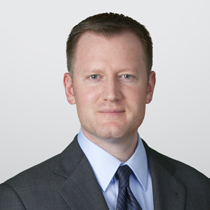 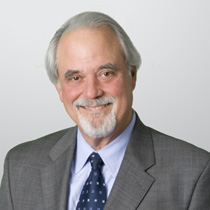 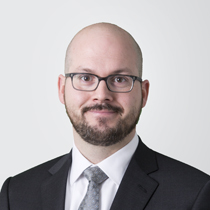 The U.S. Coast Guard issued a notice in the Federal Register on March 14, 2016, announcing the availability of, and seeking comments on, the Atlantic Coast Port Access Route Study (ACPARS) Final Report. The ACPARS was conducted by the Coast Guard to assess potential navigation safety risks associated with the development of offshore wind farms (and other offshore structures) on the Atlantic coast and to support future marine spatial planning efforts.

The U.S. Department of the Interior's Bureau of Ocean Energy Management (BOEM) is the lead federal agency responsible for issuing leases and approvals for the siting and operation of offshore wind farms located in federal waters on the Outer Continental Shelf.

As part of Department of the Interior's "Smart from the Start" initiative that was launched in November 2010, BOEM, through working groups established with various stakeholders, identified several sites on the Atlantic seaboard, known as wind energy areas, that are considered potentially suitable for wind farm development. As a cooperating agency in BOEM's site identification and project reviews, the Coast Guard is responsible for evaluating navigation safety risks.

The ACPARS is an effort to study potential navigation issues and the cumulative effects of establishing windfarms on vessel traffic from Maine down to Florida.

The first key element is the Coast Guard's development of Marine Planning Guidelines, which establish, among other things, safe navigation distances for offshore turbines from established vessel traffic lanes, i.e., Traffic Separation Schemes (TSSs). Specifically, the guidelines recommend that in port approaches and TSSs, the minimum distance a turbine or other fixed structure should be sited is at least two nautical miles from the parallel outer or seaward boundary of a traffic lane. The setback distance increases to five nautical miles at the entry or exit of a TSS to provide an additional buffer where vessels tend to enter and exit lanes from multiple directions.

As noted in the ACPARS, the Coast Guard initially leveraged United Kingdom guidance (primarily U.K. Marine Guidance Note MGN-371) to provide preliminary recommendations regarding safe navigation for the wind energy areas. At the time, the Coast Guard did not adopt the U.K. guidance of a five nautical mile minimum distance from the entry/exit of a TSS primarily due to concerns that the requirement would have eliminated the majority of proposed wind energy areas already announced as part of the Smart from the Start initiative. Now, however, the Coast Guard is recommending the five nautical mile distance in its Marine Planning Guidelines.

While the Marine Planning Guidelines are not currently regulatory requirements and are not intended to affect the boundaries of existing leases for initial site characterization and site assessment activities, the Guidelines are intended to address the suitability of the siting of structures within lease areas. Thus, the two nautical mile and five nautical mile minimum setbacks could significantly affect areas available for the siting of turbines within wind energy areas or other lease areas. Any potential effects of the setbacks on turbine placement would be evaluated during the project and site-specific National Environmental Policy Act reviews at the development phase of the BOEM review process.

The Coast Guard notes that the corridors are not considered routing measures either by the Coast Guard or the IMO, and should not be confused with fairways, two-way routes or TSSs, which are routing measures that identify specific inshore traffic areas. However, the ACPARS Final Report recommends that the Coast Guard, following the receipt of public comments on the report, should initiate regulatory proceedings, as well as any necessary processes before the IMO, to create or amend official routing schemes along the Atlantic coast.

Finally, it is important for the broader maritime industry to note that the ACPARS report recommends
a) that the Coast Guard incorporate the Marine Planning Guidelines as policy into Commandant Instructions, manuals, and Navigation and Vessel Inspection Circulars, and
b) that the Guidelines should be expanded beyond renewable energy to include any structures sited in the offshore environment. Notably, this has the potential to include the Gulf of Mexico, as well as other regions, with existing offshore structures and high traffic density.

The Coast Guard is accepting public comments on the Final Report until April 13, 2016.