An update of The IUCN Red List of Threatened Species released by the International Union for Conservation of Nature on Wednesday has demonstrated that species like the Fin Whale have benefited from collaborative conservation action to protect them.

The Fin Whale has moved from Endangered to Vulnerable, and its recovery follows international bans on commercial whaling in the North Pacific and in the Southern Hemisphere, in place since 1976, and on significant reductions in catches in the North Atlantic since 1990. The nearly complete protection of Fin Whales throughout their range has allowed the global population to reach around 100,000 mature individuals. 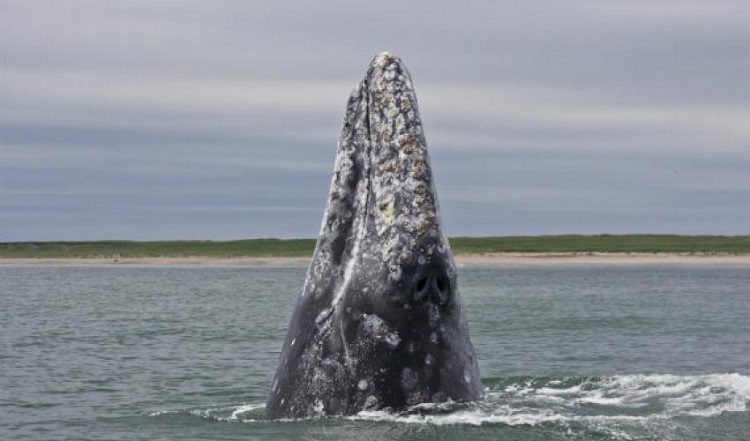 The status of the western sub-population of the Gray Whale has also improved, moving from Critically Endangered to Endangered. Western Gray Whales have been protected from commercial whaling in almost all range state since 1980, but only recently has there been clear evidence of increasing numbers in the western Pacific, particularly off Sakhalin Island, Russia. The delay between conservation measures taking effect and the detection of whale recovery is due, in part, to these animals’ slow rate of reproduction.

Five Gray Whale range states – Japan, Russia, South Korea, the U.S. and Mexico – have signed a Memorandum of Cooperation Concerning Conservation Measures for the Western Gray Whale Population. Industrial activity including oil and gas development and commercial fisheries also represent a potential threat to Gray Whales. Since 2004, an IUCN-led independent panel of scientists has been advising Sakhalin Energy, one of the largest companies operating offshore in the Russian Far East, on how to manage the potential impacts of its activities on the whales.

These conservation successes are proof that the ambitious, collaborative efforts of governments, business and civil society could turn back the tide of species loss, said Inger Andersen, IUCN Director General.

The IUCN Red List now includes 96,951 species of which 26,840 are threatened with extinction.

With a request for a full-sized, battery-propelled, all-electric tugboat, Ports of Auckland was thought to be “dreaming.” And you might say a dream team was founded when the Netherlands-based Damen Group agreed that the request was feasible from a business perspective. Yet these two parties signed a contract in July promising a battery-powered tug with a 2800 kWh energy rating and 70 tons of bollard pull – Damen’s RSD-E Tug 2513 – by 2021. It will be the first zero-emissions,...

On Friday, the U.S. Coast Guard and Scripps Institution of Oceanography launched the Blue Technology Center of Expertise (COE) with a ceremony on the Scripps campus in San Diego. “The Blue Technology Center of Expertise will better connect the Coast Guard with the tremendous government, academic and industry innovation ecosystem in the San Diego area,” said USCG Deputy Commandant for Mission Support Vice Adm. Michael McAllister. “It will create a unique pipeline for the rapid identification and implementation of new...

The new coronavirus outbreak originating in Wuhan, China has implications for seafarers, according to the U.S. Maritime Administration. The novel and deadly strain of the virus has put health authorities on alert around the world, and MARAD reports that port officials are also aware of the issue and on the lookout for mariners who may be affected.  "This is a rapidly changing situation and we are still learning about the new virus," MARAD advised. "Globally, ports are taking actions including...

On Friday, DNV GL, Boskalis Offshore Energy and Huisman-US joined with other members of the Business Network for Offshore Wind to host a discussion on the present state of the U.S. East Coast offshore wind market.The meeting featured discussions with a special focus on permitting and how the future project pipeline impacts investment in vessels and the management of the logistics to match the nation's ports’ assets. “This meeting comes at the start of a new decade with enormous potential,”...