WFSA Announces Winners of its Ferry Design Competition for Students

The Worldwide Ferry Safety Association (WFSA) has announced the winning teams for its annual design competition for a safe and affordable ferry. This year's competition called for submissions that fulfilled a set of specific local requirements, as well as COVID-safe elements.

"This year, the students were tasked with designing a ropax ferry to carry around 300 passengers - many of whom prefer the use of outdoor hammocks - plus vehicles and cargo on the Amazon River between Manaus and Tefé," said Roberta Weisbrod, WFSA’s Executive Director. "Because of the continuing spread of COVID-19 in Brazil and its transmission via river transport, student teams were asked to include features to prevent viral transmission."

Twelve teams from academic institutions in South America (1), North America (3), Europe (2), and Asia (6) submitted their designs. The judges were extremely impressed by the high quality of the submissions. In the end the judges decided the first place prize ($5,000) would go to the team from Bremen Hochschule; the second place ($3,000) to the team from ITS Surabaya; third place ($1,000) to the team from the Bangladesh University of Engineering Technology; and a Special Award for Addressing Covid ($750) to UAE Manaus.

The 2021 competition also saw students and faculty members from several academic institutions collaborating. Dr. Roberta Weisbrod described this as “a happy and positive effect of 2020, reflecting the need for remote interactions.”

For the previous seven years, the competition has awarded $10,000 annually to student teams, with the top prize each year being $5,000. For preceding years, the competing teams designed an inter?island ropax for Papua New Guinea and the Pacific Islands, an inter?island ropax for Indonesia, a ropax for the Winam Gulf region of Lake Victoria in Kenya, and passenger ferries for Bangkok, the Singapore Straits, the Bangladeshi river system and the Pasig River in Manila.

The first place-winning design (image at top) was a 60-meter catamaran hull with an innovative airbag system to provide extra reserve buoyancy in the event of damage. The design was accompanied by detailed manufacturing and operating costs based on local shipyard data. The team from Bremen, Germany was led by Sonja Winzler, with teammates Michael Janssen, Bernadette Knauer, Florian Kokert, Peter Partheil, and Mats Steinschulte, with faculty advisor Gregor Schellenberger. 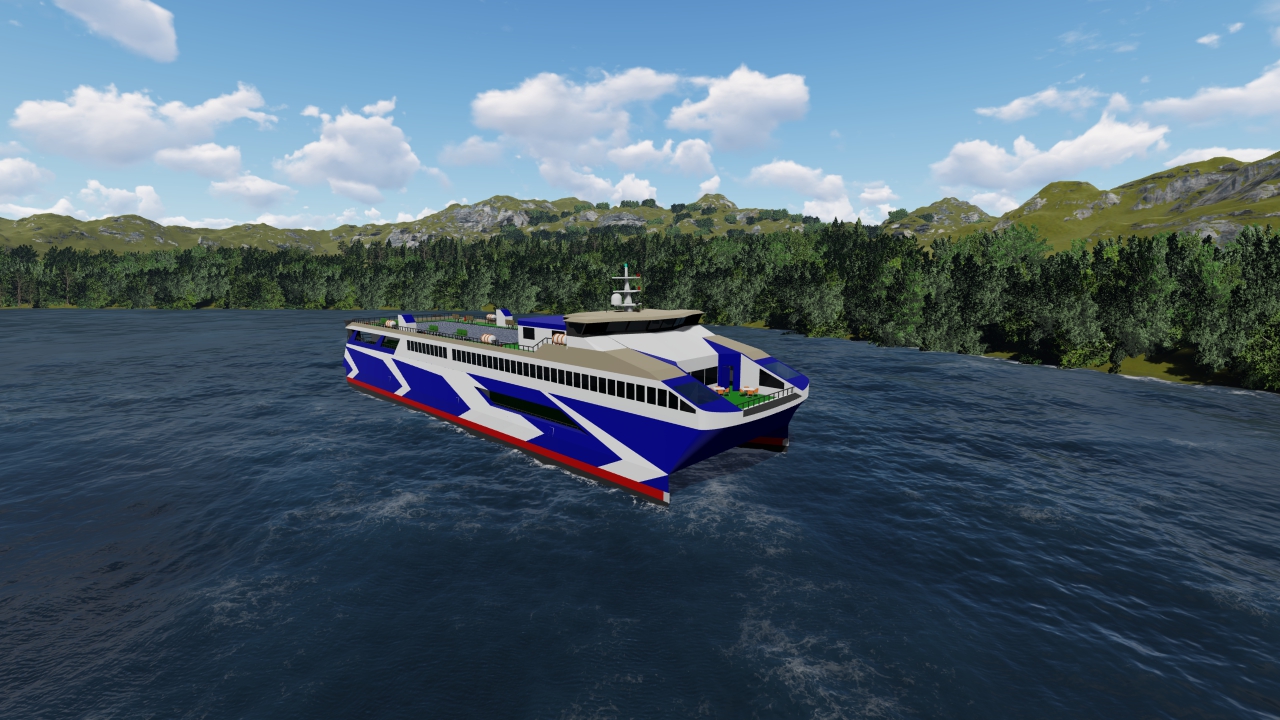 The second-place design was submitted by an international, joint team from Institute Sepuluh Nopember Institute of Technology and Hochschule Wismar (above). It featured a biodiesel-powered hybrid propulsion system, and it was fitted with solar panels. Uniquely, it was designed with a turntable for vehicle loading, along with convertible decks that could be modified to accommodate changes in operations during a disease outbreak. 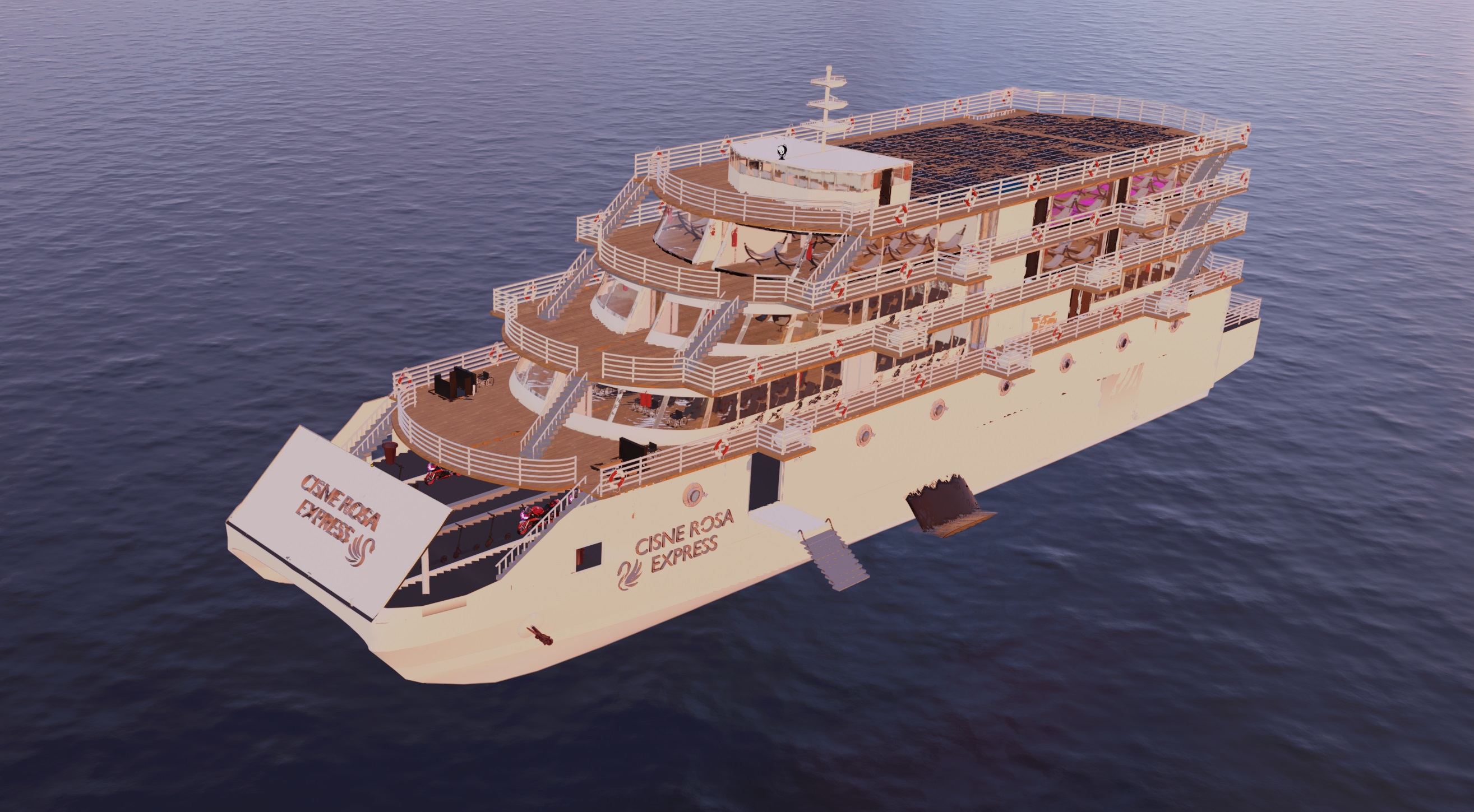 A design from a joint team from Bangladesh University of Engineering and Technology (BUET) and Bangabandhu Sheikh Mujibur Rahman Maritime University took third place (above). Its catamaran hull was paired with an aluminum superstructure for weight reduction, and it was fitted with a LIDAR system for detecting and avoiding obstructions in the river.