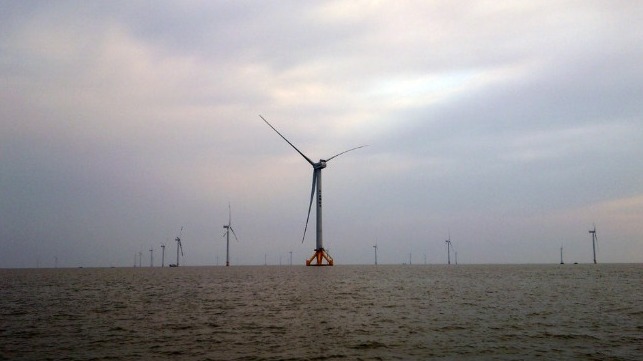 On Saturday, a U.S. Coast Guard helicopter crew evacuated a man from a U.S. Navy support vessel off Cape Hatteras and brought him ashore for medical treatment.

At 1500 hours on Friday, watchstanders at the 5th Coast Guard District Command Center in Portsmouth received a message from the Navy vessel NAWC 38 that a 60-year-old crewmember was in need of medical assistance. At the time of the call, the NAWC 38 was 350 miles southeast of Wilmington, North Carolina.

The ship’s master reported that the man had been found unconscious, was revived with an automated external defibrillator and had a weak pulse. Command Center watchstanders directed the crew of the 190-foot offshore supply vessel to transit to a rendezvous point closer to shore, and they communicated hourly with the ship’s medical personnel.

An MH-60 Jayhawk helicopter crew launched from Air Station Elizabeth City at 0800 hours Saturday. They met the NAWC 38 at a position 140 nm southeast of Cape Hatteras at 0950 hours. The helicopter crew hoisted the man off the ship and transported him to Wilmington International Airport, where an EMS team took over and transferred him to New Hanover Regional Medical Center.