The towboat Legacy lost most of her pilothouse Thursday when she struck the underside of the Eads Bridge, the historic road-and-rail bridge connecting St. Louis, Missouri with East St. Louis, Illinois.

The bridge, the oldest on the Mississippi, did not suffer any damage from the allision. The Coast Guard is investigating the cause of the incident, which may have been related to the Mississippi's flood-stage water level and strong currents. Legacy was downbound at the time of the casualty.

The video is held under copyright and cannot be reproduced here, but it is available at the original Facebook post. (Note: Link contains explicit language)

Shortly after the incident, the USCG closed the Mississippi to vessel traffic between mile markers 179 and 184, a stretch of river that includes the Eads Bridge. Vessels may only move within the area in order to monitor conditions or contribute to waterway safety, and any movements that qualify require at least 30 minutes of advance notice to the Coast Guard.

The continuing recurrence of high water is affecting grain movements on the Mississippi, according to the USDA. Barge transport volumes of grain for the year to date are down 19 percent relative to last year's volumes. "Typically, as of May 1, there is continuous barge traffic on the Mississippi River between Minneapolis-St. Paul, MN, and the Gulf of Mexico," USDA wrote in an advisory bulletin Thursday. "This year, navigation is blocked by the closure of several locks above St. Louis and by low bridge clearances in certain areas due to high water."

Along the entire Mississippi drainage, seven people have died as a result of flooding and storms so far this week. About 250 river gages were at flood stage or above on Friday, including 47 at the "major flooding" mark. In Davenport, Iowa, the Mississippi's height set a new 157-year record, beating out the flood of 1993 and inundating the city's downtown core.

Coast Guard punt crews have been assisting with response efforts in Davenport and nearby communites (below). 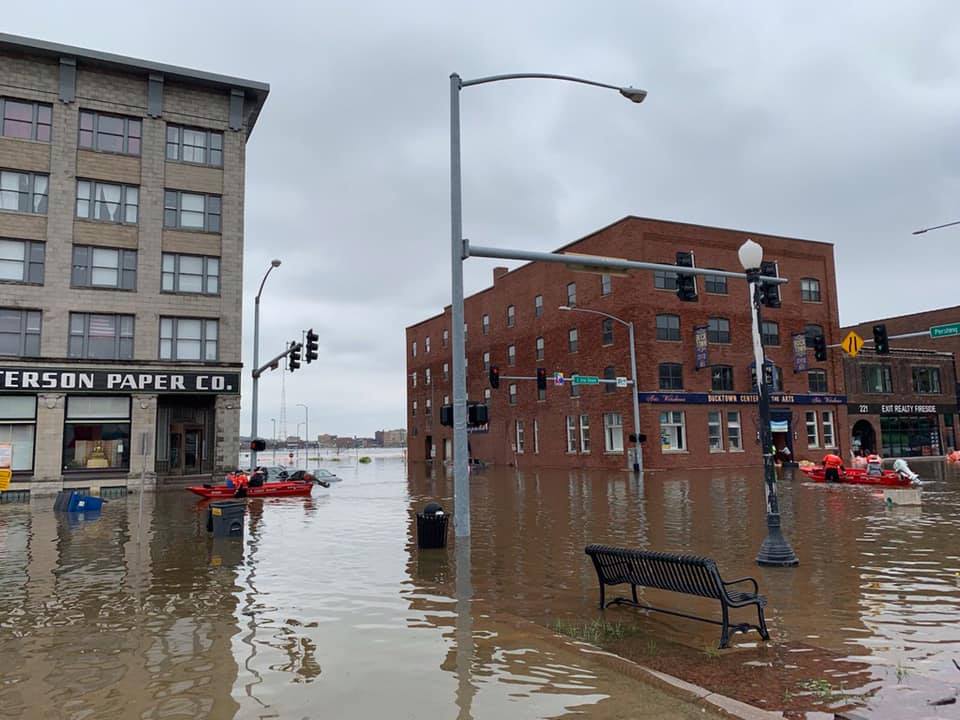 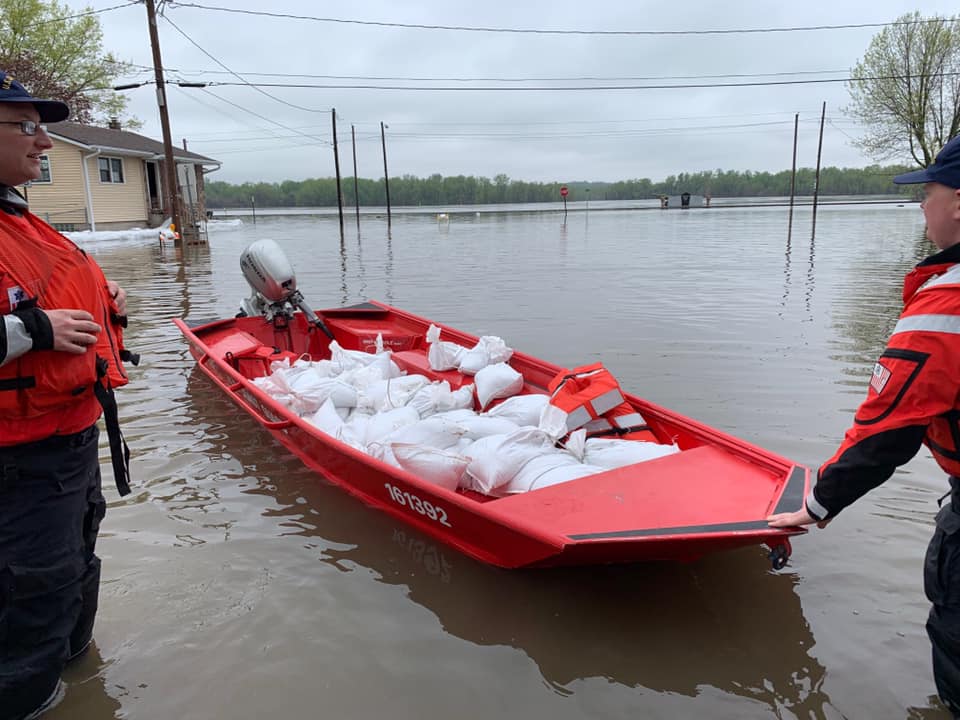 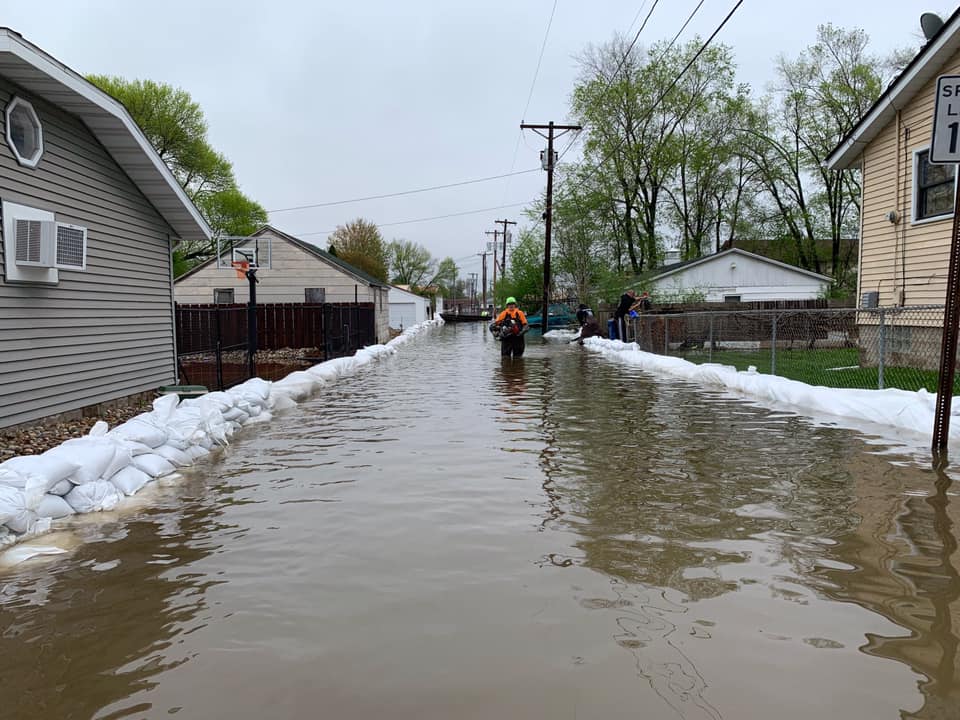 The National Weather Service's forecasts suggest that flooding will continue into next week, and water levels may even increase with additional rainfall in some areas.