The Philippine Coast Guard responded to the scene of a collision between a product tanker and a dry bulk carrier in Manila Bay overnight. Both vessels sustained damage but remained seaworthy and are now being detained while an investigation is ongoing into the circumstances of the accident.

According to the reports from the PCG, the two vessels made contact approximately three nautical miles from Cavite City in Manila Bay at approximately 9:50 p.m. local time on Wednesday, April 7. Weather and sea conditions appeared to be calm at the time. The Coast Guard responded deploying personnel from the Coast Guard Station Manila, as well as the Special Operations Group, and Marine Environmental Protection Unit to ensure the safety of the crew and to gather additional information regarding the collision.

Initial reports indicate that a Panama flagged product tanker, the 49,999 dwt Rich Rainbow, was departing the Philippines loaded with gasoline bound for China and a 55,886 dwt Marshall Island flagged bulk carrier, the Ivy Alliance, was inbound from Indonesia loaded with coal. The Rich Rainbow is a new Japanese-owned tanker being managed by Maersk Tankers while the Ivy Alliance is a 10-year-old bulker managed by Greek shipowner Paris Kassidokostas-Latsis.

A visual inspection of the two vessels shows significant damage to both vessels, although they have remained seaworthy and no crew members are being reported as injured by the collision. The PCG has been monitoring and reports no oil leaks from either vessel.

The starboard bow of the Ivy Alliance has dents and a gash the PCG estimated at 30 to 50 feet in length. The tanker Rich Rainbow has a gash along its starboard side below the structure deck and above the waterline extending an estimated 50 to 60 feet in length.

The Port State Control authorities issued a notice of detention for both vessels while the Coast Guard is continuing to investigate and will cooperate with technical experts and representatives of the class societies for a marine casualty investigation. 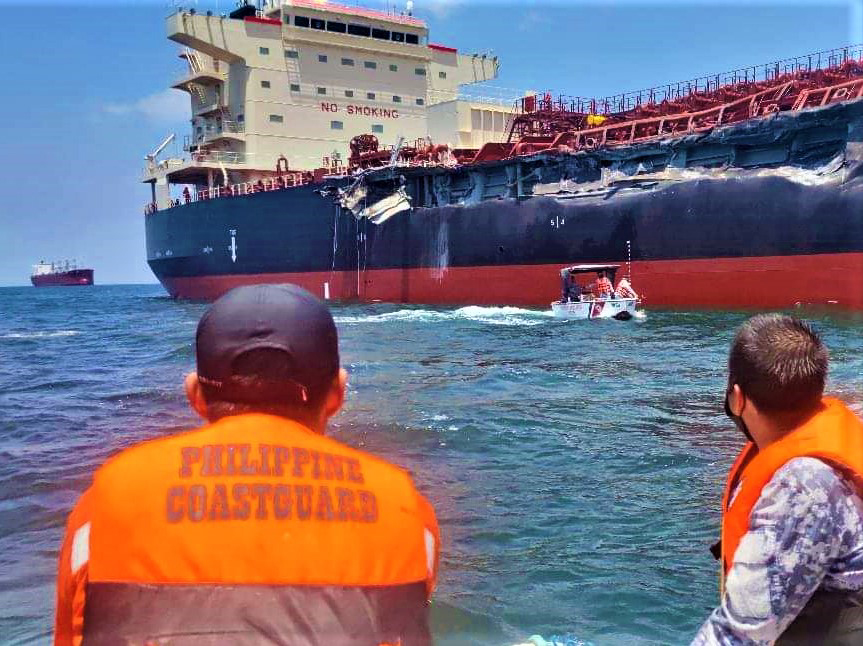 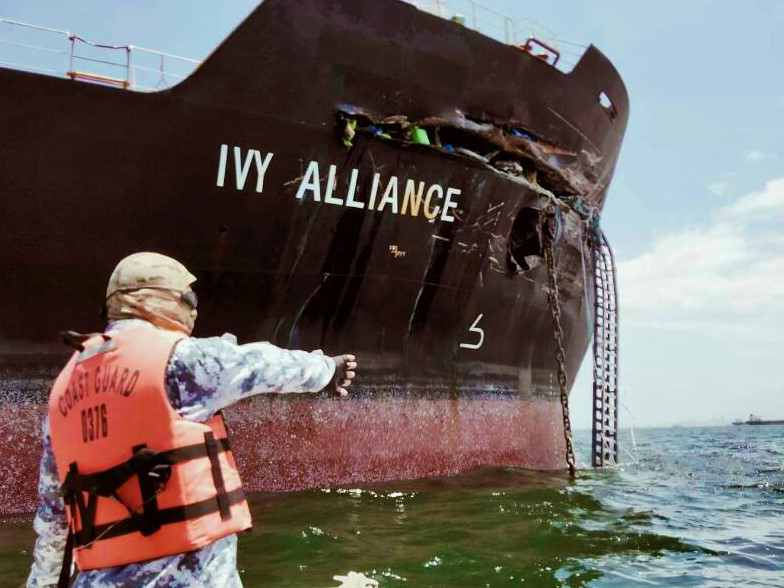