The NOAA research ship Okeanos Explorer may have located the wreck of the lost WWII tanker SS Bloody Marsh, one of the hundreds of merchant ships that were sunk by German U-boats off the eastern seaboard of the United States during the first years of World War II.

SS Bloody Marsh was a standard T2 tanker built at Sun Shipbuilding and deployed in coastwise service. In June 1943, on her maiden voyage, she departed Houston with a cargo of 100,000 barrels of fuel oil and headed for New York. On July 2, as she passed up the coast of South Carolina, she encountered the Nazi U-boat U-66, captained by Kapitänleutnant Friedrich Markworth. U-66 fired a torpedo and struck Bloody Marsh's engine compartment, killing three men and rupturing the hull along the port side. About 20 minutes later, U-66 fired a second torpedo into the tanker's port side amidships, breaking her in half and sinking her rapidly.

The surviving crew managed to abandon ship successfully, and they were spotted by a U.S. Navy blimp. The 110-foot sub chaser USS SC-1048 was directed to come to their assistance, and it recovered the survivors from their lifeboats. 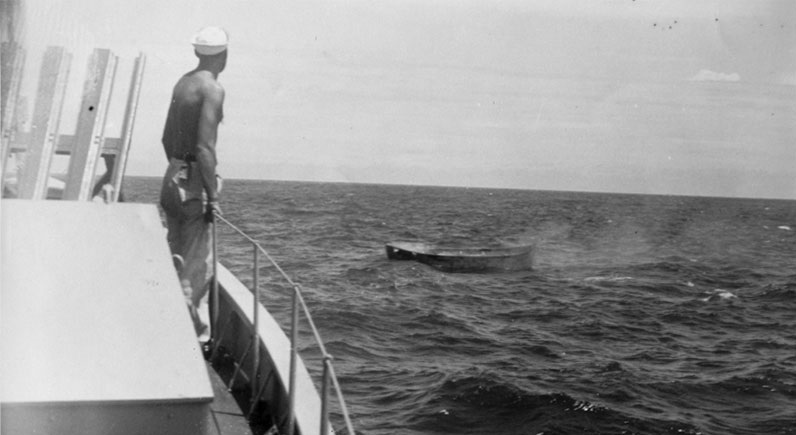 SS Bloody Marsh and dozens of other WWII-era tanker wrecks are considered to have significant potential for pollution, given their contents and the slow decay of their steel hulls. Bloody Marsh is on a NOAA list of 87 high-priority wrecks, and Okeanos Explorer has been tasked with locating the site.

In an earlier expedition in 2019, the research vessel visited the location of a promising sonar target of about the same size and dimensons as a T2 tanker. It was 500 feet long, and sited in about the same region where Bloody Marsh was lost. However, on an inspection with an ROV, the target turned out to be a rock outcropping, and the search team returned to the drawing board.

This month, Okeanos Explorer returned to the waters off South Carolina to look again. On the second try, her crew did indeed find a wreck, and they believe that it is the vessel they have been attempting to locate. Video from the search shows extreme damage, with the seabed littered with piles of broken steel plates.

"Based on evidence surveyed, participating scientists are reasonably certain that it is SS Bloody Marsh," NOAA Ocean Exploration said Thursday.