Meyer Werft completed a key step in the construction of its newest large cruise ship transferring the ship from the building yard in Papenburg, Germany to the North Sea. The ship, which was approximately six months behind schedule, also marks a turning point for the shipyard which is working to reorganize its operations to remain competitive for the cruise industry that continues to face the challenges of the pandemic.

The 169,000 gross ton Odyssey of the Seas is being built for Royal Caribbean International as the second Quantum Plus ship and the fifth in the overall Quantum series. She had been on schedule for delivery in the fall of 2020 before the pandemic struck delaying construction activities and forcing the cruise industry to reconsider its new ship construction programs. She remained in the building dock until the end of November and then continuing outfitting at the yard.

The conveyance on the Ems river is one of the most challenge aspects of the process as the ship must wind down the river passing through the lock at Papenburg, tight clearances at bridges, and with overhead power lines before it reaches the North Sea. The process began overnight on February 27 with the ship moved from the fitting out dock and positioned with the assistance of two tugs. For better maneuverability the 1,138-foot-long vessel with a bean of 135 feet and 28-foot depth travels stern first down the river. Reaching the North Sea, the cruise ship completed some initial tests and adjustments before mooring in Eemshaven in the Netherlands. The journey took approximately 24 hours having been extended over three tides due to the weather and wind conditions.

The final fitting out for the Odyssey of the Seas will be completed and the vessel will also undergo sea trials in the North Sea. It is expected she will be handed over to Royal Caribbean International in the next few weeks. Just today, Royal Caribbean announced revised deployment plans for the ship now due in May to start cruising from Israel to Greece and Cyprus.

Work at the shipyard in Papenburg is proceeding with a new large cruise ship for AIDA currently in the building hall and sections of a new cruise ship for Disney Cruise Line being transferred to the building hall so that assembly can begin. Recently, the first steel was also cut for a sister ship to P&O’s Iona which Meyer delivered late last year to Carnival Corporation. However, with the cruise industry yet to resume service and a long recovery cycle expected, the outlook for the shipbuilding industry has changed and especially for Meyer which was concentrating on large cruise ships.

“We are working hard to adapt to this dramatic change in the situation,” says Jan Meyer, Managing Director of Meyer Werft. “Even if some cruise ships will be able to sail again soon, that doesn't mean any new orders.” Meyer expects that it will be years before the yard receives any new orders. They were also forced to rework the production schedule in order to maintain the existing orders. For the next five years, the yard will only work at 60 percent of its pre-pandemic levels.

At the end of 2020, the state government, the IG Metall union, and the works council entered into an agreement with Meyer designed to provide support for the shipbuilding operations at Papenburg and address issues of competitiveness. The union was concerned that Meyer might concentrate more of its future investment on the sister yard in Turku, Finland. The Meyer family expressed their commitment to the yard while also calling for better cooperation with management. “Now everyone has to do their job in order to ensure the survival of the shipyard,” said Bernard Meyer, Managing Director of Meyer Werft. 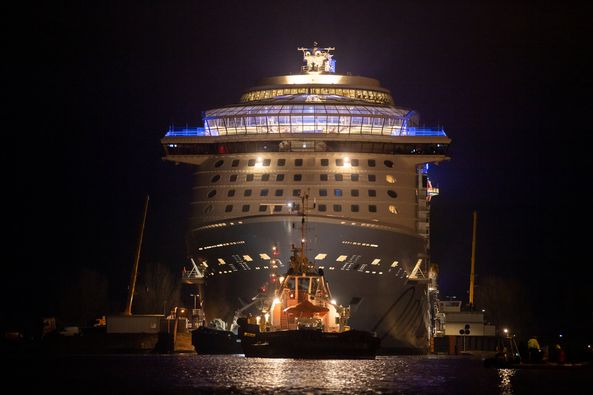 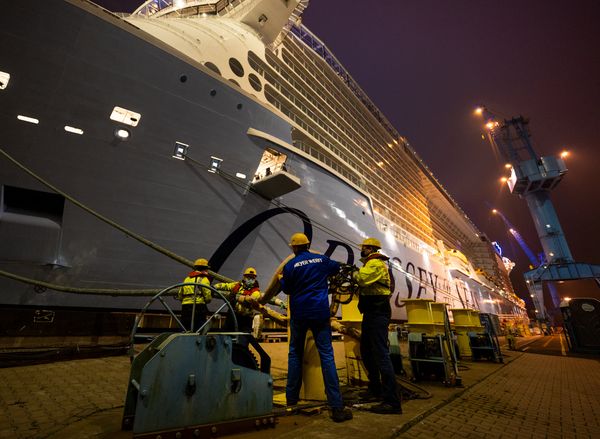 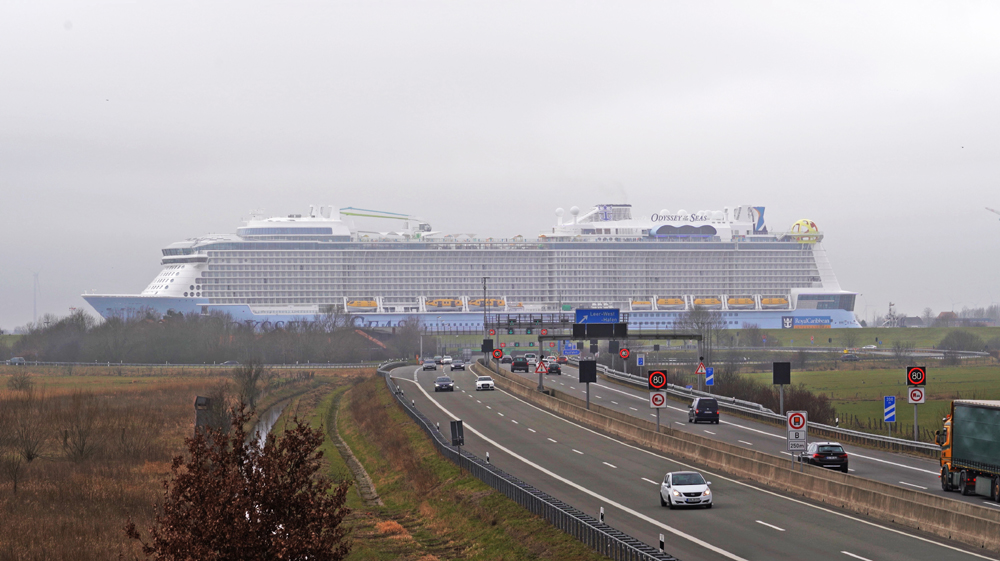