For the second time in a week, the Royal Canadian Air Force was called on to perform a medevac for sailors. The rescue completed last weekend was a long-range mission performed under challenging conditions.

The Joint Rescue Co-ordination Center in Halifax received the call for assistance from an unnamed tanker that was making an Atlantic crossing from Europe to the United States. When the call was first received, it was determined that the vessel was out of range, but by February 13 the vessel had reached a point where it would be possible for the Air Force to dispatch a helicopter to the vessel.

Commanders from the squadron based in Gander, Newfoundland told Canada’s Globe Media that the injured sailors' condition was considered serious enough to conduct the long-distance mission.

The helicopter was required to travel 280 miles to meet up with the tanker. When it arrived on scene, they also encountered challenging weather conditions. Winds were reported up to 40 mph with the seas running approximately 20 to 25 feet.

On 13 Feb, JRCC tasked @RCAF_ARC #103Sqn CH149 Cormorant helicopter to medevac 2 injured sailors from a tanker. Despite high winds and challenging sea state, both patients were stabilized by SAR Techs, hoisted and flown to hospital in St John’s. #RESCUE! pic.twitter.com/o8rLTbGDL0

Manned with a crew of five, the helicopter’s two pilots maintained its position over the tanker, which was underway, while a flight engineer operated the hoist and two technicians were lowered down to the deck of the tanker to access the situation and prepare the injured sailors to be hoisted to the helicopter.

After completing the extradition, the helicopter transported the sailors to a hospital in St. John’s where they were reported to be in stable condition.

This mission came after another crew also from the base in Gander flew 290 nautical miles at the beginning of the week to remove an ill crew member from a fishing vessel. In that instance, the helicopter had to make a refueling stop at Hibernia before transporting the crew member also to a hospital in St. John’s. 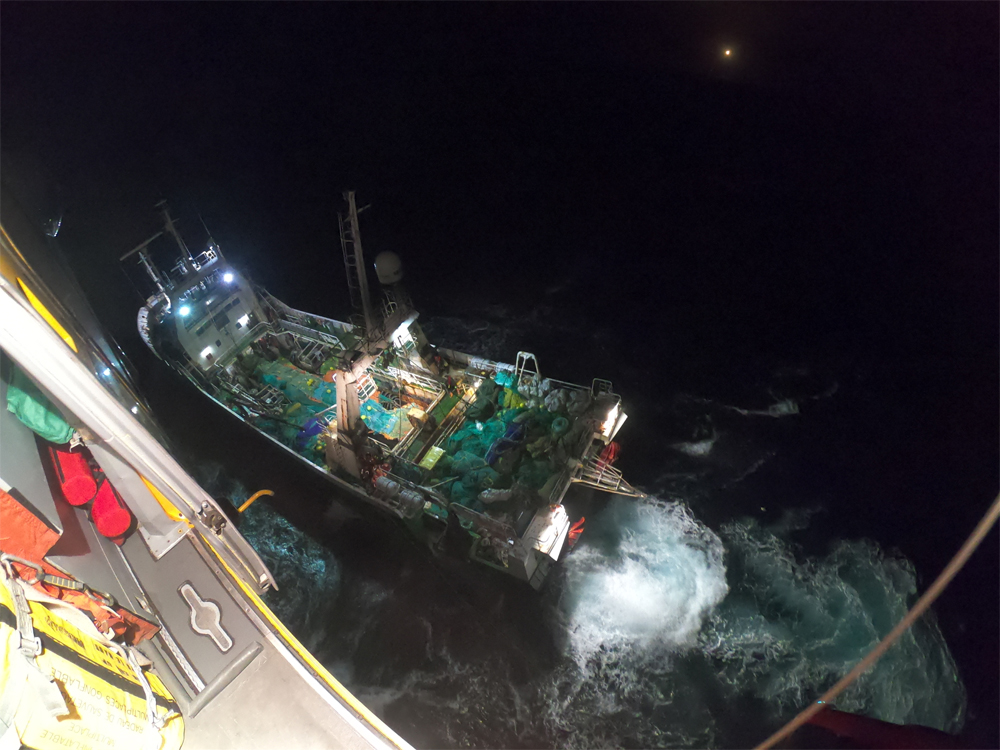