Early Tuesday morning, a bridge over the entrance to the harbor at the port of Su'ao, Taiwan collapsed, causing a fuel tanker truck and a section of the bridge deck to fall onto several fishing boats moored below.

An estimated 10 people sustained injuries in the bridge collapse, including six Philippine nationals and three individuals from the Philippines. At least 10 more have been rescued.

According to local mayor Lee Ming-che, six fishermen are still trapped under the bridge; these individuals are all believed to be foreign fishing boat crewmembers. Search and rescue operations are under way, with over 200 first responders and 11 response boats on scene.

Taiwan's navy has contributed military divers for the search effort. Sergeant Li Junxian, a member of the team, told Taiwan's official military news agency that fishing nets, debris and oil in the water have made the operation challenging and potentially hazardous for divers. 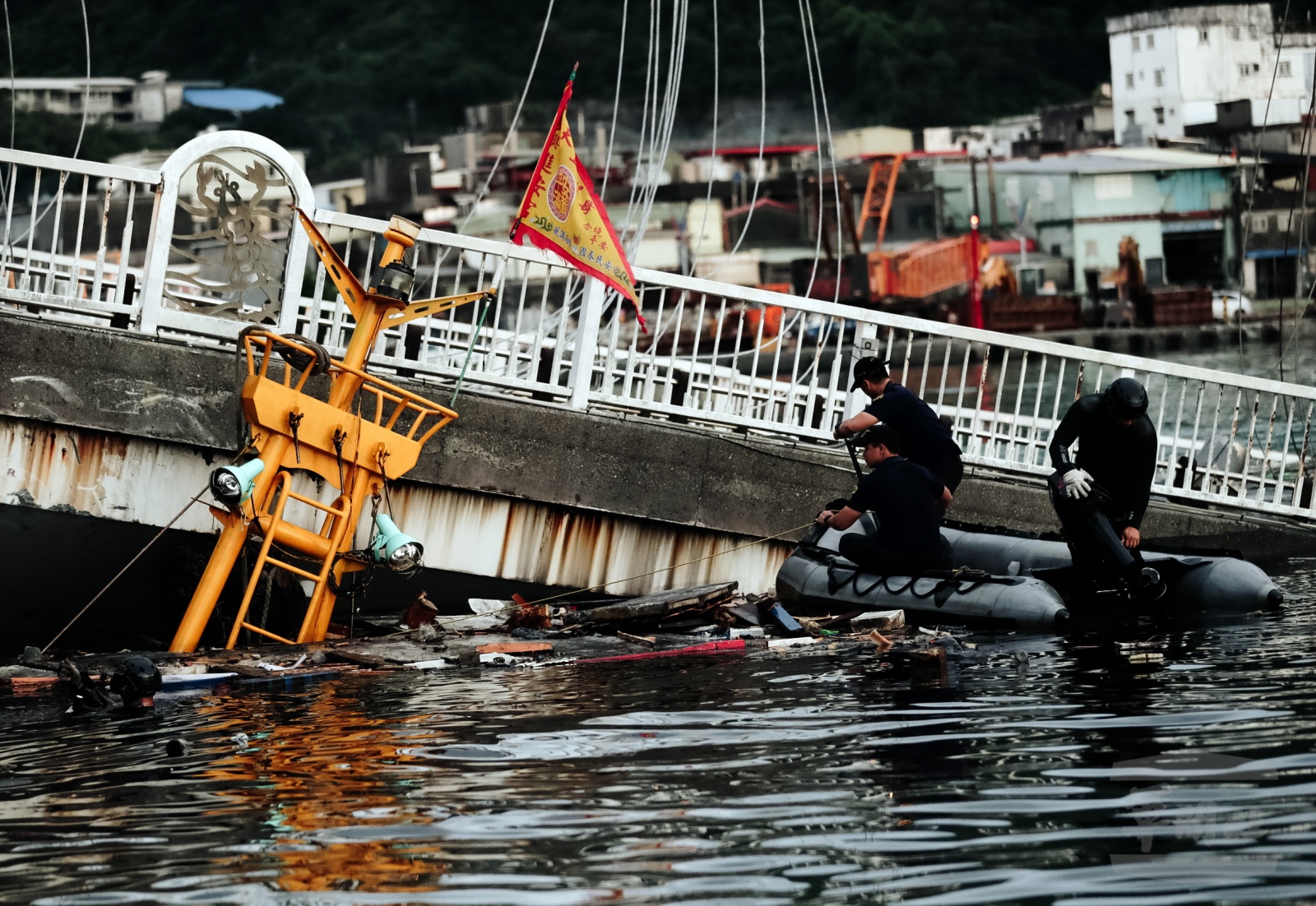 The Taiwanese navy has also dispatched tugs to pull one of the fishing vessels out from underneath the bridge. In addition, Taiwan's army has mobilized heavy response assets, including self-propelled pontoon bridge units.

Prior to the bridge collapse, Su'ao and the surrounding area were affected by two significant natural events - a typhoon and a minor earthquake. Typhoon Mitag passed to the east of the port on Monday night, bringing heavy rains and high winds of up to 80 mph. Shortly after, a magnitude 3.8 quake occurred, according to local media. Neither event has been formally linked to the bridge collapse.

The Nanfangao Bridge at Su'ao was a rare example of a single tied-arch highway bridge, with one arch supporting the span, and it was the only one of its kind in Taiwan. It was built as a replacement in 1998 for a lower bridge, which was creating an air draft restriction for the port.

Video from the scene appears to show the bridge deck buckling downwards and collapsing from the middle, then the arch falling vertically downwards as a unit.