The European Union is increasing its efforts to enforce the UN arms embargo on Libya to support the peace process for the country. The new initiative is using aerial, satellite, and maritime assets to identify suspected movements and is carrying out inspections of vessels on the high seas off the coast of Libya suspected to be carrying arms or related material either to or from Libya.

The most recent interception took place on a product tanker the Royal Diamond 7 flying the flag of the Marshall Islands. With a carrying capacity of 13,000 DWT, the vessel departed from the port of Sharjah in the United Arab Emirates and was heading to Benghazi in Libya. Intelligence information said that the ship was carrying a cargo of jet fuel that could be used for military purposes, which would include it in the UN sanctions. 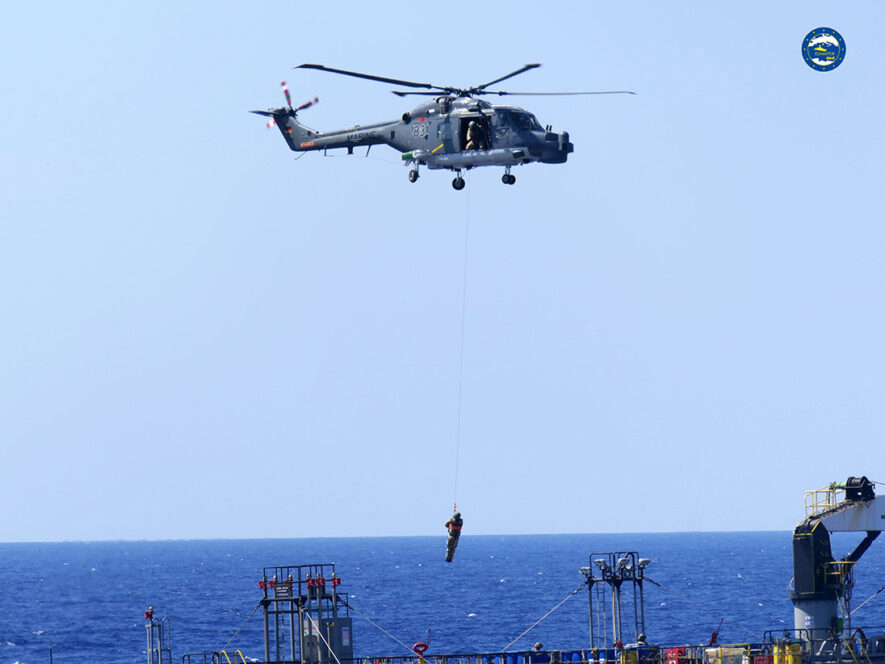 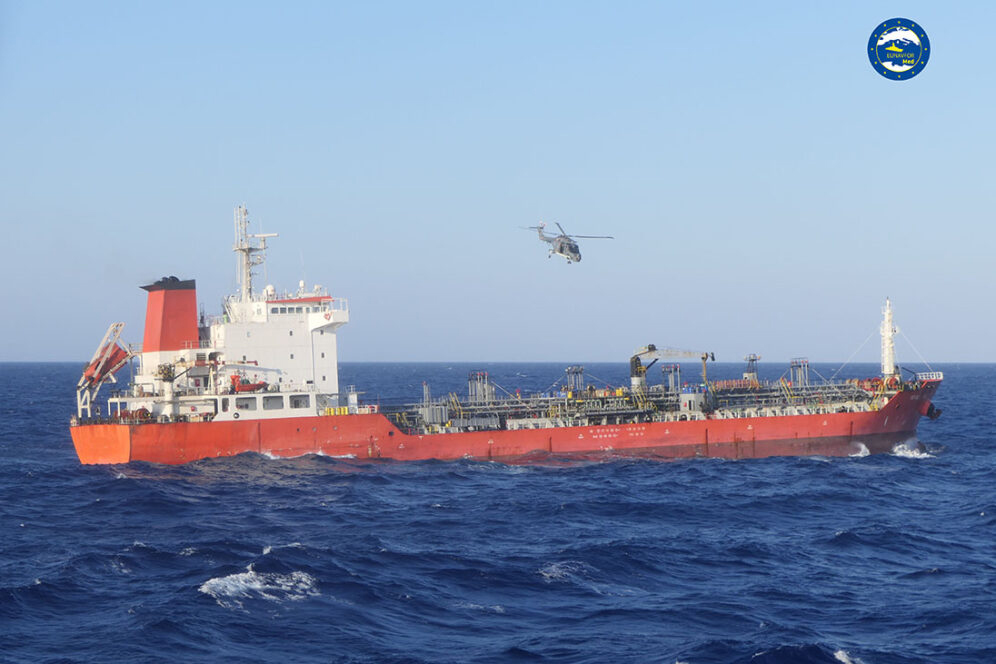 Boarding of the Royal Diamond 7 - courtesy of EUNAVFOR MED Irini

The boarding operation was carried out by the German frigate FGS Hamburg with the support of the Italian frigate ITS Margottini. At the time, the Royal Diamond 7 was located in international waters, 150 km north of the Libyan city of Derna (Cyrenaica). After boarding the ship, the operation determined to deny the vessel entry into Libya and it was instead diverted to the European Union for further investigation. The Royal Diamond 7 is currently being detained off the coast of Greece.

Named EUNAVFOR MED Irini (Irini is Greek for peace) the operation was initiated on May 4, 2020, based on a meeting held in January 2020 in Berlin to discuss the Libyan situation. The participants agreed to launch Irini as a replacement for a previous initiative known as Sophia that was launched in June 2015. Irini’s initial mandate lasts through March 2021. In addition to the goal of enforcing the arms embargo, the effort will also monitor for illicit exports including crude oil and refined petroleum products, and seek to contribute to disrupting human smuggling and trafficking. They will also support the training of the Libyan coast guard.

According to Irini, during its first four months of operation, it has performed 650 hailings and made 12 friendly approaches and boardings of merchant vessels. The operation has monitored suspect vessels at sea in more than ten ports and landing points. It also detected 80 suspect flights possibly carrying military-related cargos back and forth to Libya, monitoring 25 airports and landing strips.

The effort is also being assisted by the SatCen (European Union Satellite Centre), which provided more than 230 sets of satellite images at Irini’s requests.