The US Navy reports that the aircraft carrier USS Theodore Roosevelt is underway for the first time since arriving in Guam March 27. The ship left Naval Base Guam on May 21 and entered the Philippine Sea to conduct carrier qualification flights as its next step towards a return to active duty.

“It feels great to be back at sea,” said Rear Adm. Stu Baker, commander, Carrier Strike Group (CSG) 9. “Getting Theodore Roosevelt and Carrier Air Wing 11 one step closer to returning to their mission in the Indo-Pacific is a great achievement for the crew.”

The aircraft carrier received worldwide attention in March when it became the first US Navy vessel reporting an outbreak of the COVID-19 virus. After arriving in Guam, more than 4,000 crewmembers were moved into quarantine and isolation on shore while in a highly controversial action the carrier’s captain was relieved of his command. All of the crew was tested for the virus with approximately 1,100 reported positive. In recent days, there were further reports that 13 sailors have tested positive for a second time.

At the end of April, crew began to reboard the Theodore Roosevelt and earlier this week the Navy reported that the crew had begun an exercise to simulate normal underway conditions while testing the critical systems as the next step in return to duty. The Navy, however, has not indicated what percent of the crew, which typically numbers approximately 5,000, has returned to the carrier.

“We are scaling our manning on board based on our mission requirement,” said Capt. Carlos Sardiello, Theodore Roosevelt's commanding officer. “Carrier qualification requires fewer personnel than other missions, and bringing fewer sailors on board will enable enhanced social distancing while underway.”

In addition to social distancing, the Theodore Roosevelt's sailors will execute Navy COVID prevention and mitigation policies, including the lessons learned from a safety stand down drill last week and the simulated underway exercise earlier this week. During the simulated underway, the crew walked through routine and emergency procedures while executing COVID-19 mitigation measures, including wearing masks, medical surveillance, adjusted meal hours, minimizing in-person meetings, sanitizing spaces, and a simulated medevac. 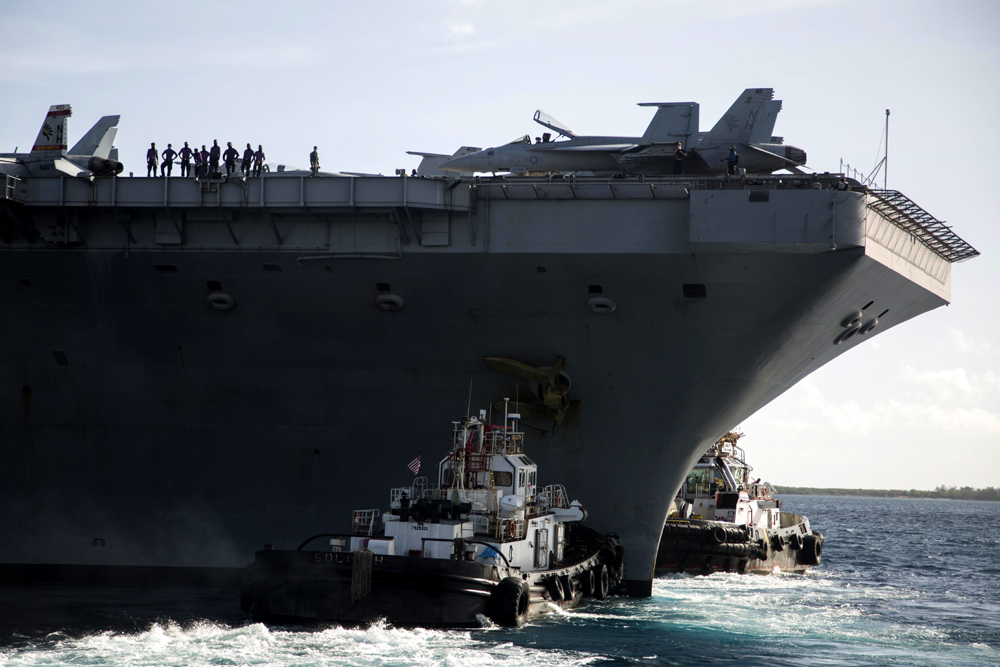