The USS Theodore Roosevelt returned to San Diego on July 9, marking the end of her deployment to the U.S. 7th Fleet area of operations and bringing home her sailors at the end of a difficult six-month voyage.

The Theodore Roosevelt Strike Group and the Carrier Air Wing 11 deployed on January 17 to conduct operations in the Indo-Pacific. The Nimitz-class carrier sailed over 31,835 nautical miles and during this deployment made a historic port visit to Da Nang, Vietnam, to commemorate 25 years of U.S.-Vietnam diplomatic relations. It was only the second time a U.S. aircraft carrier has visited the country since the Vietnam War.  However, this deployment will always be remember for the outbreak of COVID-19 on the carrier and the controversies that ensued.

“I am incredibly proud of the Theodore Roosevelt Strike Group and all they’ve accomplished over the deployment,” said Rear Adm. Doug Verissimo, commander Carrier Strike Group 9. “They operated in a variety of complex environments ranging from how to respond to an international pandemic to operating safely throughout the Indo-Pacific, including the South China Sea.”

On March 27, the Theodore Roosevelt arrived at Guam ahead of a scheduled port visit. Ultimately, the Navy moved more than half of the crew off the ship into quarantine at various locations on Guam, while the carrier was disinfected. More than 1,000 crew members, or a fifth of the total crew, were believed to have tested positive for the virus, including the ship’s captain. One sailor, a 41-year-old chief petty officer, died during the outbreak becoming the first active-duty member of the U.S. military reported to die of COVID-19. 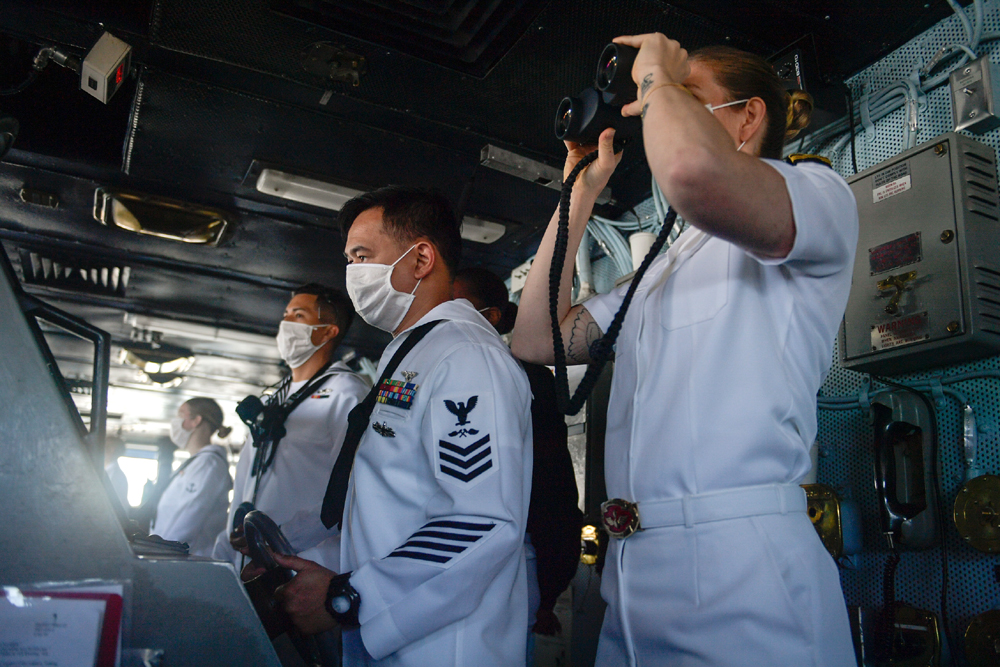 "The crew of TR persevered displaying uncommon fortitude and tenacity in the face of uncertainty to meet expectations in a crisis," said Captain Carlos Sardiello, the new commanding officer of the Theodore Roosevelt. "This recovery of the ship and the crew on deployment is a testament to the professionalism of the young men and women of the TR who turned a potentially demoralizing downward spiral into a symbol of inspiration and hope against adversity."

The carrier did not return to sea until June 4, having spent a total of 69 days in Guam. The high profile incident included the Navy’s decision to remove the ship’s captain from his command and contributed to the resignation of the acting Navy secretary, Thomas B. Modly. The Navy, however, developed new procedures and protocols for shipboard operations in the wake of the coronavirus outbreak on the Theodore Roosevelt as well as the destroyer USS Kidd.