The U.S. Coast Guard and Global Diving and Salvage are preparing to raise the wreck of a commercial fishing vessel that went down in Haro Strait on August 13.

The fishing vessel Aleutian Isle began taking on water near Sunset Point on the west side of San Juan Island at about 1400 hours on the 13th. The Coast Guard received a report that the vessel needed assistance and dispatched a helicopter, a response boat and a small cutter. All personnel aboard the vessel were rescued safely, and it sank shortly after; it had about 2,600 gallons of diesel and oil on board, and a sheen of nearly two miles in length was visible by 1700 hours. 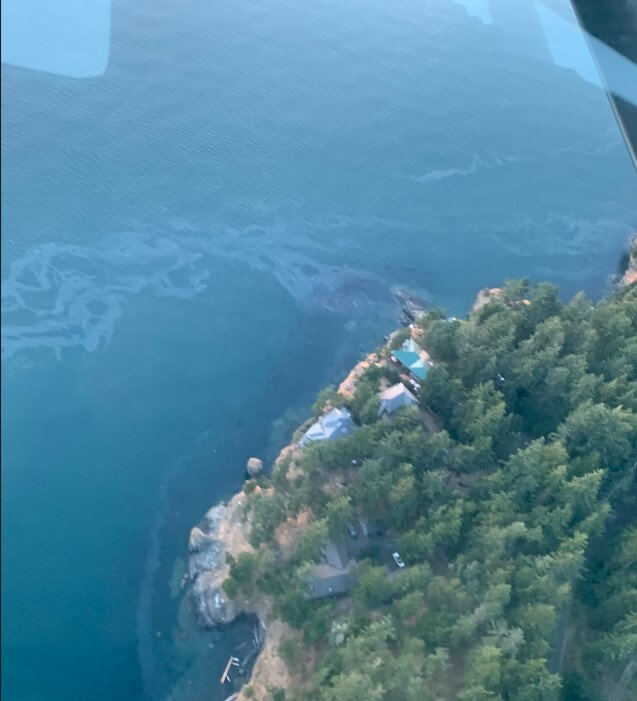 The Coast Guard formed a unified command for the response and tapped the National Oil Spill Liability Trust Fund for $130,000 in support. The funds have covered the cost of cleanup contractors, both along the shoreline and on the water. Over the course of the last two weeks, the vessel has continued to release modest quantities of diesel - too little to recover - and contractors have contained it with booms as needed. One additional wrinkle: one of the wreck's 1,400-foot nets floated up to the surface, and the USCG had to deploy a buoy tender to haul it in.

The unified command has made a decision to seal up the vessel's tanks and raise it from the bottom, eliminating the risk of future pollution. Using sidescan sonar, the search team found the wreck in about 200 feet of water just off Sunset Point. An inspection with a small ROV confirmed its identity and found that it is sitting upright on the bottom. 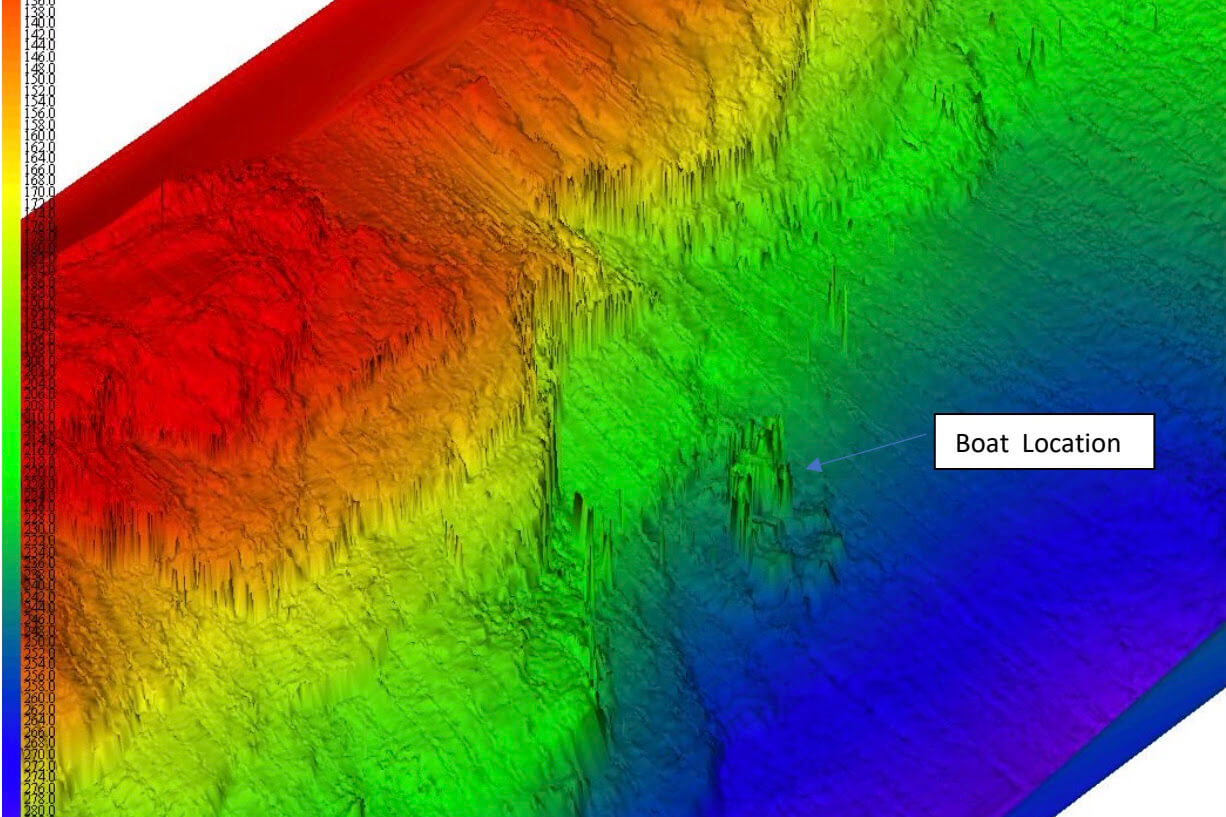 The depth poses challenges for a wreck recovery mission: for technical reasons, it will have to be a heliox commercial dive, according to the Coast Guard. The proper heliox mix has taken time to get, so the dive operations are only just now beginning. A crane barge barge, the heliox tanks and the dive team all arrived Sunday to begin work.

The operation will not be easy. In addition to depth, the divers will also have to contend with changing tidal currents, which will limit the number of hours a day that dive operations are possible. Due to this constraint, the preparations and the recovery operation are expected to take ten days.

Since the area is within the habitat of the Southern Resident killer whale population, NOAA and Washington State Department of Ecology have also set up preparations to deter whales using an acoustic device (oikomi pipes).