After an all-out search effort in the far-flung waters of the Western Pacific, the U.S. Coast Guard rescued two fishermen off the coast of Tinian in the Northern Mariana Islands. The fishermen and their 20-foot boat had been missing since Thanksgiving morning.

On November 26, the Sector Guam Command Center received a report from a Coast Guard unit in Saipan about an overdue fishing vessel. Sector Guam issued an urgent notice to mariners, arranged for air support from Coast Guard Air Station Barbers Point, and coordinated a search with local and federal agencies.

The assets involved in the search included a Coast Guard HC-130 Hercules search plane out of Air Station Barbers Point in Hawaii, 3,700 miles to the east; a U.S. Navy P-8 Poseidon out of Kadena AFB in Okinawa, 1,300 miles to the northwest; the cutters Oliver Henry (which was just arriving at Guam on a transpacific voyage) and Myrtle Hazard; and two good samaritan merchant ships.

On November 30, a Navy P-8 Poseidon aircrew from Japan was on the second leg of a search pattern when they located the missing fishing vessel at a position about 130 miles west of Tinian. The Poseidon crew called in the Myrtle Hazard to conduct the rescue. Once on scene, the crew of the cutter transferred the two fishermen from their boat, checked on their health and gave them food and water. 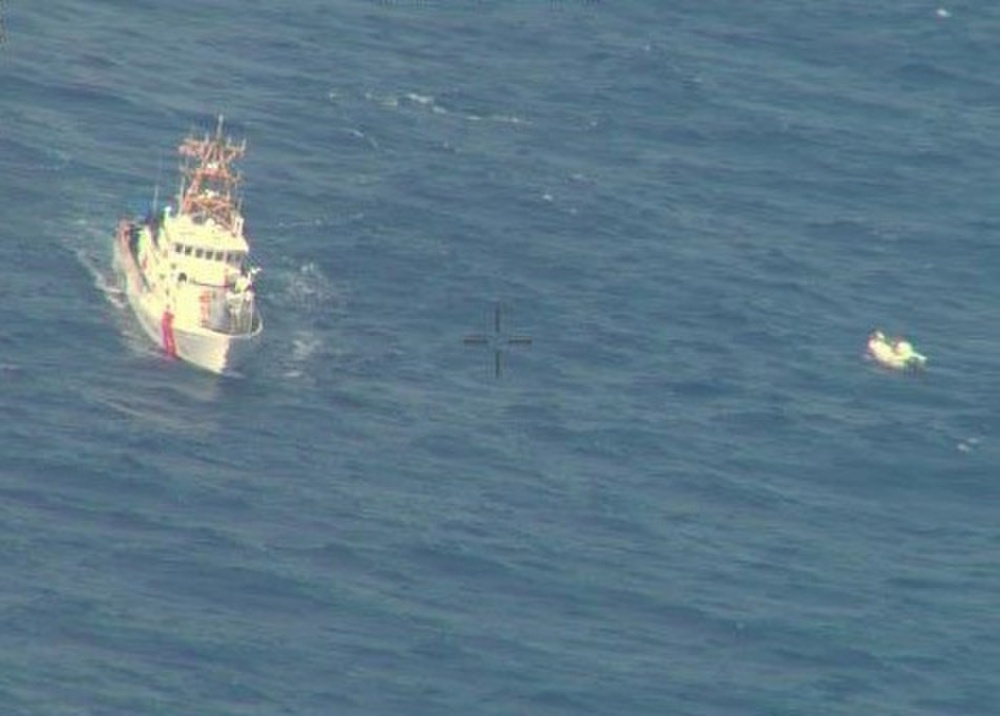 “We're very happy to be a part of this successful rescue effort. At sea, we're all on the same team, and today we came together to bring two lost mariners home,” said Lt. Cmdr. James Miller (USN), the mission commander for the P-8 flight that located the two survivors.

“This case highlights the importance of telling someone where you will be on the water and when you will be expected to return," said Capt. Christopher Chase, commander of Coast Guard Sector Guam. "“I’m very happy we were able to return two members of the Commonwealth of the Northern Mariana Islands community to their families during this holiday season."