USCG and Good Samaritans Save Three From Burning Fishing Vessel

The Maritime Rescue Coordination Centre Costa Rica contacted the USCG's 11th District command center at 2130 on Tuesday to relay a report of a fire aboard the fishing boat Baula X, which had three people aboard.

The three survivors had abandoned ship and were clinging to a buoy in the water to stay afloat, according to the Coast Guard. Luckily, they were able to keep in contact with shoreside personnel by satellite phone.

11th District's watchstanders turned to the automated mutual-assistance vessel rescue (AMVER) system and contacted the bulker Avra GR, which was located about 60 miles from the Baula X’s last known position. The Avra GR's crew agreed to help and diverted to the scene. 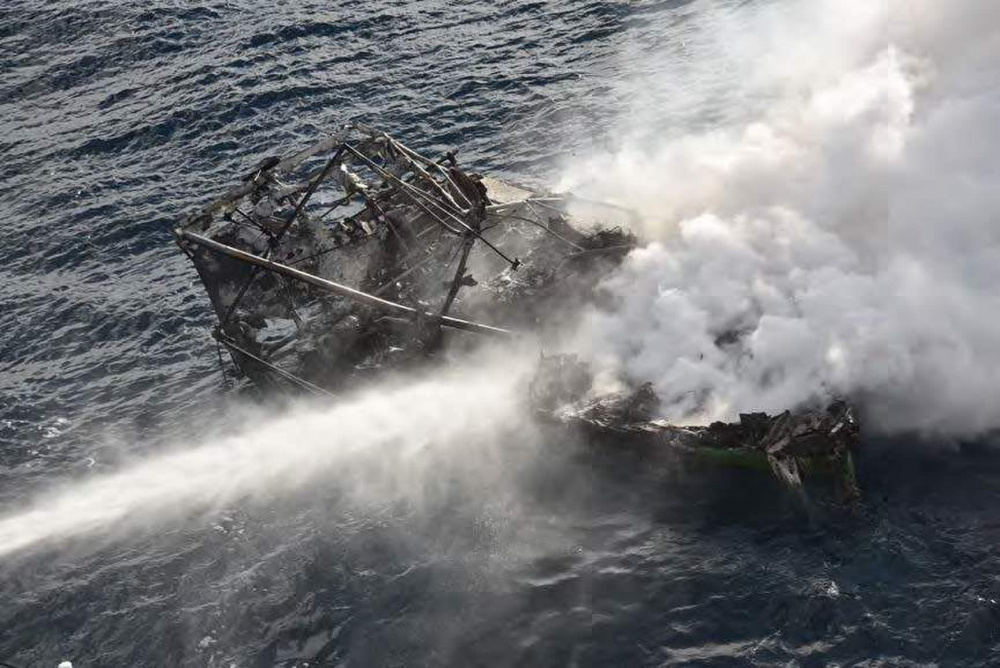 The U.S. Coast Guard cutter Northland, which was on patrol in the Eastern Pacific, dispatched its MH-65 Dolphin helicopter crew at 0400 on Wednesday morning to search for the survivors. The helicopter located them near the fishing vessel's last known position, and Northland headed to assist. She dispatched her small boat crew when she arrived on scene, and by 0540, all three of the fishermen were safely aboard. Northland transferred them to the Avra GR, which will assist with their safe return to Costa Rica.