The C-2A Greyhound, assigned to VRC 30, crashed en route to USS Ronald Reagan on November 22 while operating in the Philippine Sea. The aircraft was carrying 11 crew and passengers at the time. Eight people were recovered on scene after the crash by U.S. Navy Helicopter Sea Combat Squadron (HSC 12). 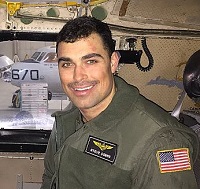 Combs, a native of Florida, was assigned to the "Providers" of Fleet Logistics Support Squadron (VRC) 30 and embarked aboard USS Ronald Reagan as part of Carrier Air Wing Five. His previous duty assignments include the "Greyhawks" of Carrier Airborne Early Warning Squadron (VAW) 120, the Center for Security Forces Detachment Kittery Point, in Portsmouth, N.H., and Training Wing 4, in Corpus Christi, Texas. His awards include the National Defense Ribbon and the Navy Battle "E" Ribbon. 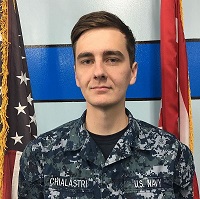 Chialastri, a native of Louisiana, was assigned to USS Ronald Reagan. His previous duty stations include USS America (LHA 6), Patrol Squadron Thirty (VP-30), the "Pro's Nest," in Jacksonville, Fla., and the Center for Security Forces Detachment Kittery Point, in Portsmouth, N.H. His awards include the National Defense Ribbon. 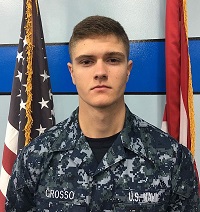