US Coast Guard Conducts Exercises with Philippines During Pacific Tour

The mission is part of the USCG’s mission to build close ties across the region and support the U.S.’s allies in the Pacific. The exercises are also seen in response to China’s increased efforts in the region.

The Munro participated in bilateral operations with the Philippine forces that included four vessels and a helicopter. The USCG also deployed its Unmanned Aircraft System (UAS) Scan Eagle for the exercise. The Munro then visited Subic Bay, the historic home of U.S. forces in the Philippines. In a statement, PCG spokesperson Commodore Armando Balilo said the joint force performed vessel communication and multi-vessel maneuvering as well as search and rescue, small boat, and emergency response operations. 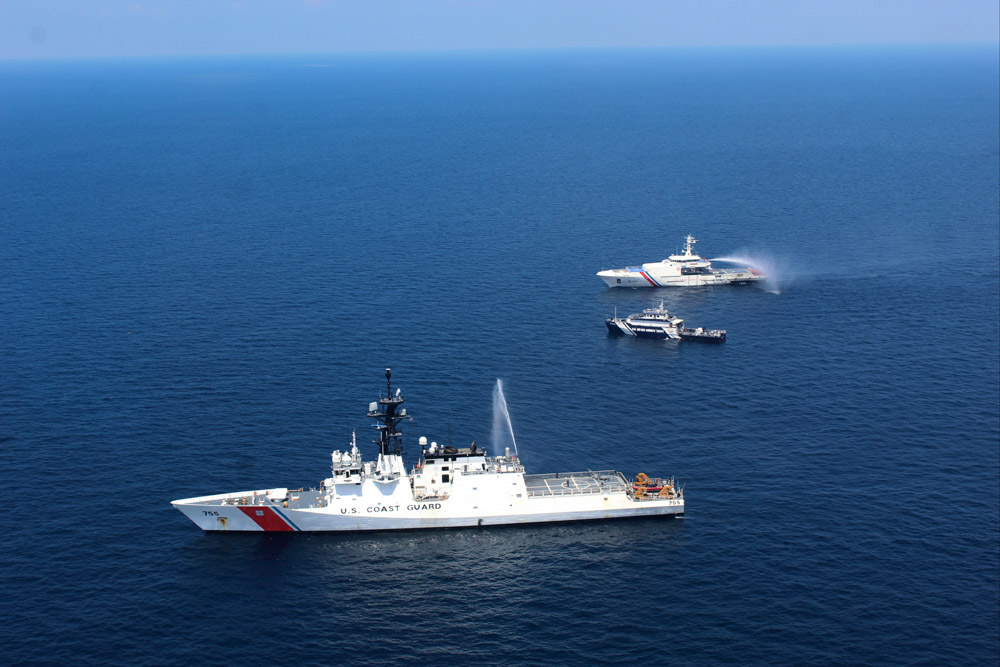 “As the maritime security challenges in the Indo-Pacific region become increasingly complex, partnering with our Philippine Coast Guard and fisheries counterparts is vital to our shared interest in a free and open maritime environment,” said Munro’s Commanding Officer Capt. Blake Novak.

The search-and-rescue exercise simulated the agencies’ bilateral response to a vessel in distress. During the exercise, the Munro, PCG, and BFAR practiced searching for the distressed vessel, shipboard firefighting techniques, and recovering and treating persons in the water. As part of the exercise, members of the PCG joined USCG members aboard Munro as they launched the cutter’s Small Unmanned Aircraft System to aid in the search-and-rescue response.

"The success of the joint maritime exercise between the PCG and USCG will not only strengthen international partnerships for immediate response to calamities and disasters but will also ensure that our personnel could effectively perform their mandated functions in countering terrorism and other acts of lawlessness in our country’s waters,” said Admiral George V. Ursabia JR., PCG commandant.

The Munro, a 418-foot national security cutter, departed its homeport of Alameda, California, in July for a months-long deployment to the Western Pacific. Operating under the tactical control of the U.S. 7th Fleet, the cutter and crew are engaging in professional exchanges and capacity-building exercises with partner nations and are patrolling and conducting operations in the region. According to the Coast Guard, the current mission builds on its long history of cooperating with forces across the region. 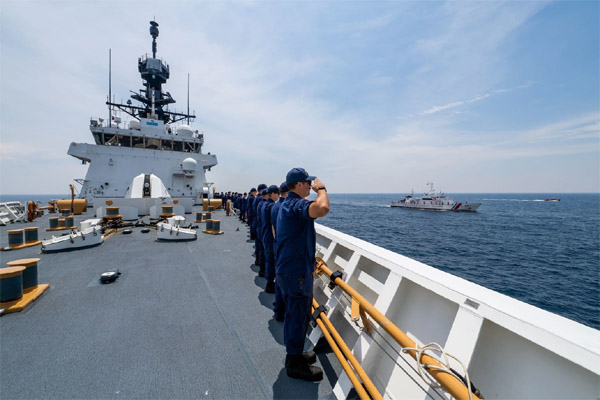 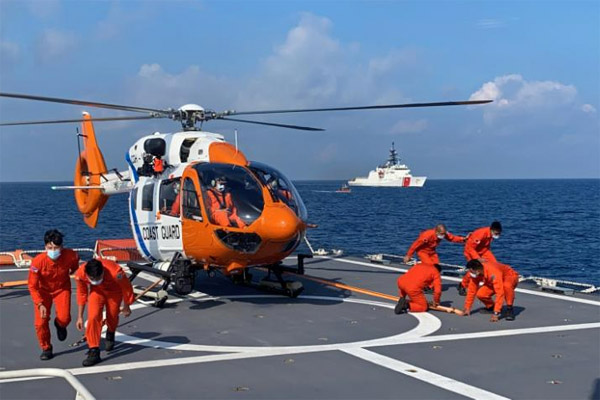 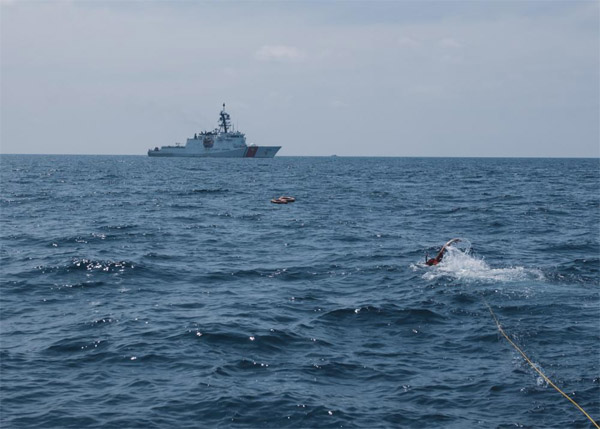