U.S. Vessel Deficiencies On the Rise

The U.S. Office of Commercial Vessel Compliance has released its 2018 Domestic Annual Report noting an increase in the average number of deficiencies identified per inspection.

In 2018, Coast Guard marine inspectors conducted 20,048 inspections on U.S. flagged vessels and identified 25,324 deficiencies. Passenger vessels account for 72.3 percent of the deficiencies. However, based on vessel population, cargo vessels received a higher ratio of deficiencies per vessel, with an average of 4.17. 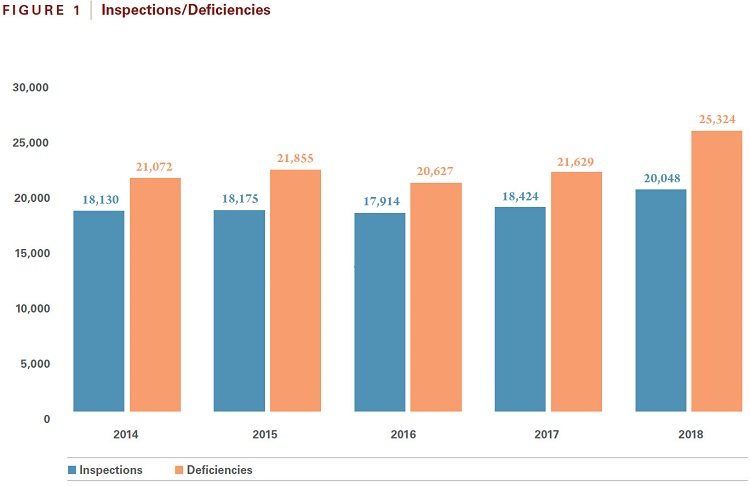 In comparison to last year, the number of vessel inspections increased by 1,624 and the average number of deficiencies identified per inspection increased from 1.17 to 1.26, rising nearly eight percent.

There were 40 detentions, and the top five detention deficiencies related to fire safety, structural conditions, propulsion and auxiliary machinery, certificates and documentation and firefighting equipment. 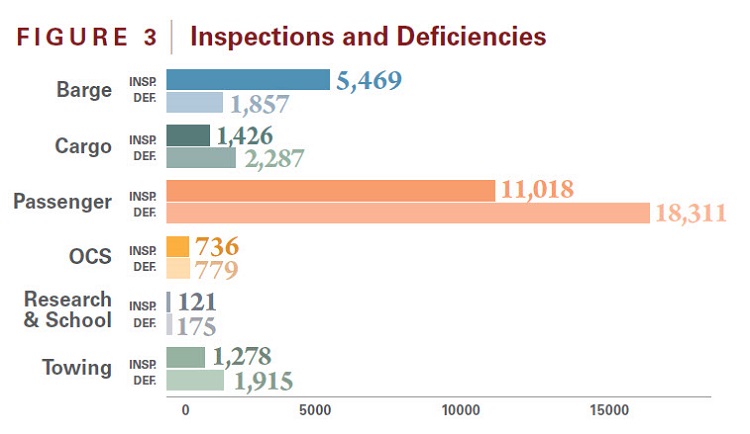 There were 1,946 reportable marine casualty investigations in 2018 involving 1,812 vessels. Of the 1,946 casualties in 2018, 221 or 11.4 percent involved a cargo vessel. The top three most prevalent types of cargo vessel casualty involved: material failure/malfunction, loss/reduction of propulsion/steering, and personnel casualty (injury or death).

242 or 12.4 percent of the casualties involved a barge, and the casualties most commonly involved: collision, allision or grounding, personnel casualty (injury or death), and material failure/malfunction.

For the first time, the report reflects the entire U.S. Flag fleet, including barges, cargo vessels, passenger vessels, vessels operating on the Outer Continental Shelf, research and school ships, fishing vessels, and the newest members of the inspected fleet, towing vessels. With the addition of towing vessels, which started getting inspected under 46 CFR Subchapter M in July of 2018, the size of the U.S. inspected fleet grew by approximately 6,500 vessels to a total fleet size of nearly 20,000 vessels.