U.S. Seizes $4M in Heroin from Fishing Vessel in the Arabian Sea

Two U.S. Navy ships seized 385 kilograms of heroin worth approximately $4 million on Monday, December 27, from a fishing vessel operating in the Arabian Sea. It is part of the International Task Force’s ongoing mission in the region which has resulted in a dramatic increase in drug seizures this year as well weapons also being smuggled in the same region.

The USS Tempest and USS Typhoon patrolling in the Arabian Sea spotted the fishing boat and stopped the vessel to conduct a customary inspection verifying the flag of the vessel and its operations. U.S. Coast Guard personnel stationed aboard the two U.S. Navy vessels conducted the flag verification during which they identified the vessel as stateless and discovered the illegal shipment of narcotics.

“This interdiction highlights the incredible work of our ships and sailors and serves as a reminder of the value in having forward-deployed naval forces on scene and ready,” said Lt. Cmdr. Jordan Bradford, Typhoon’s commanding officer from Ocean Springs, Mississippi.

The U.S. coastal patrol ships were operating as part of an international task force called Combined Task Force (CTF) 150. The task force, which is one of three task forces under the 34 nation Combined Maritime Forces, has increased regional patrols to locate and disrupt unlawful maritime activity. Earlier in December, the same two U.S. vessels seized a giant cache of weapons from a fishing vessel operating in the same area of the Arabian Sea.

In 2021, CTF 150 has seized illegal drugs with a wholesale estimated value of more than $193 million during counter-narcotics operations. According to the command, this is a higher total value than the amount of drugs the task force interdicted in the previous four years combined. 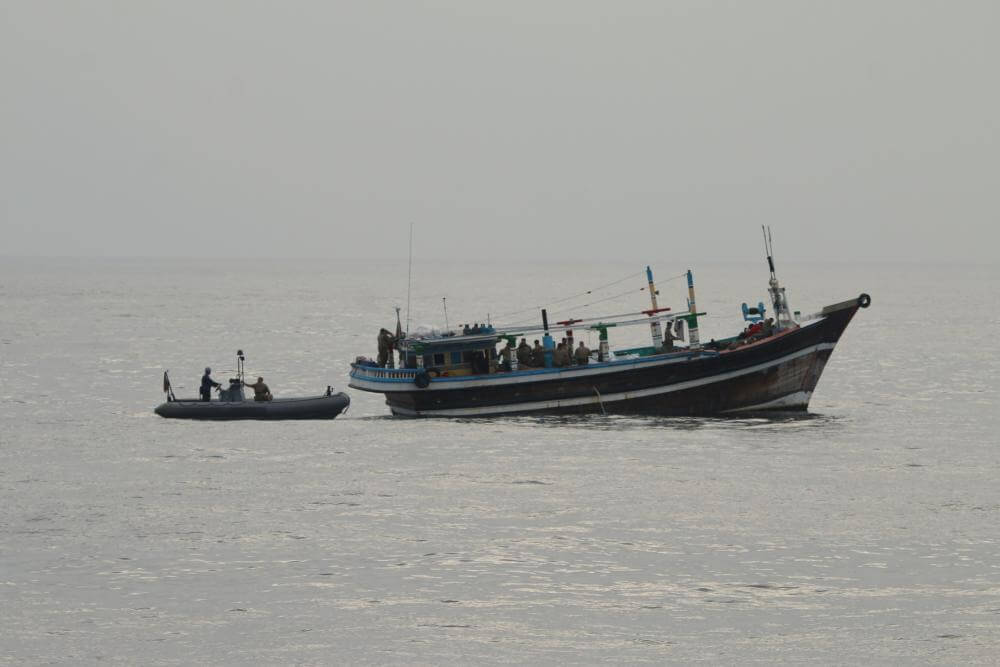 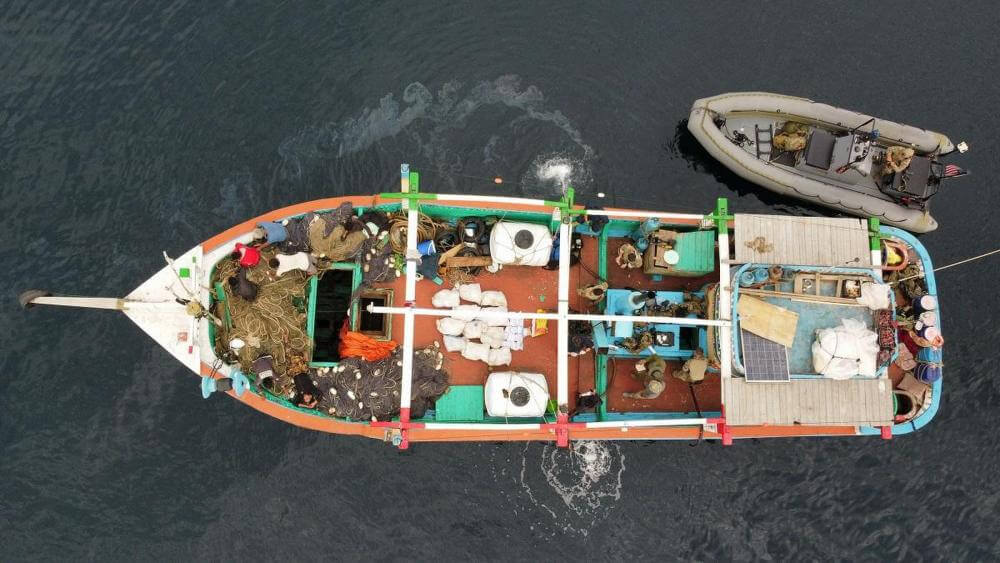 International naval forces operating in support of CTF 150 regularly conduct maritime security and counter-terrorism operations at sea outside the Arabian Gulf to disrupt criminal and terrorist organizations and their related illicit activities, including the movement of personnel, weapons, narcotics, and charcoal. These efforts help ensure legitimate commercial shipping transits the region free from non-state threats.

The U.S. Navy released the stateless fishing vessel and its nine crew members, who identified themselves as Iranian nationals, after seizing the drugs. The confiscated drugs were destroyed at sea by U.S. forces.