Evidence is growing of the possibility of an upcoming Russian amphibious assault operation near the port of Odesa, on Ukraine's Black Sea coast, according to defense analysts.

Imagery has been circulating of a large flotilla staged off Crimea, including as many as eight Russian tank landing ships. These assets were previously used for a landing between Berdyansk and Mariupol, and Fox News reports that U.S. officials believe that the task force is headed for Odesa next.

This would align with an apparent public disclosure of Russian military planning. On Tuesday, Belarusian President Alexander Lukashenko - who has assisted the Russian invasion from the north - displayed a campaign map suggesting an attack in or near Odesa during a televised presentation. The map showed a sweep from Odesa to the northwest, linking up with the Russian-controlled territory of Transnistria in eastern Moldova (highlighted below). 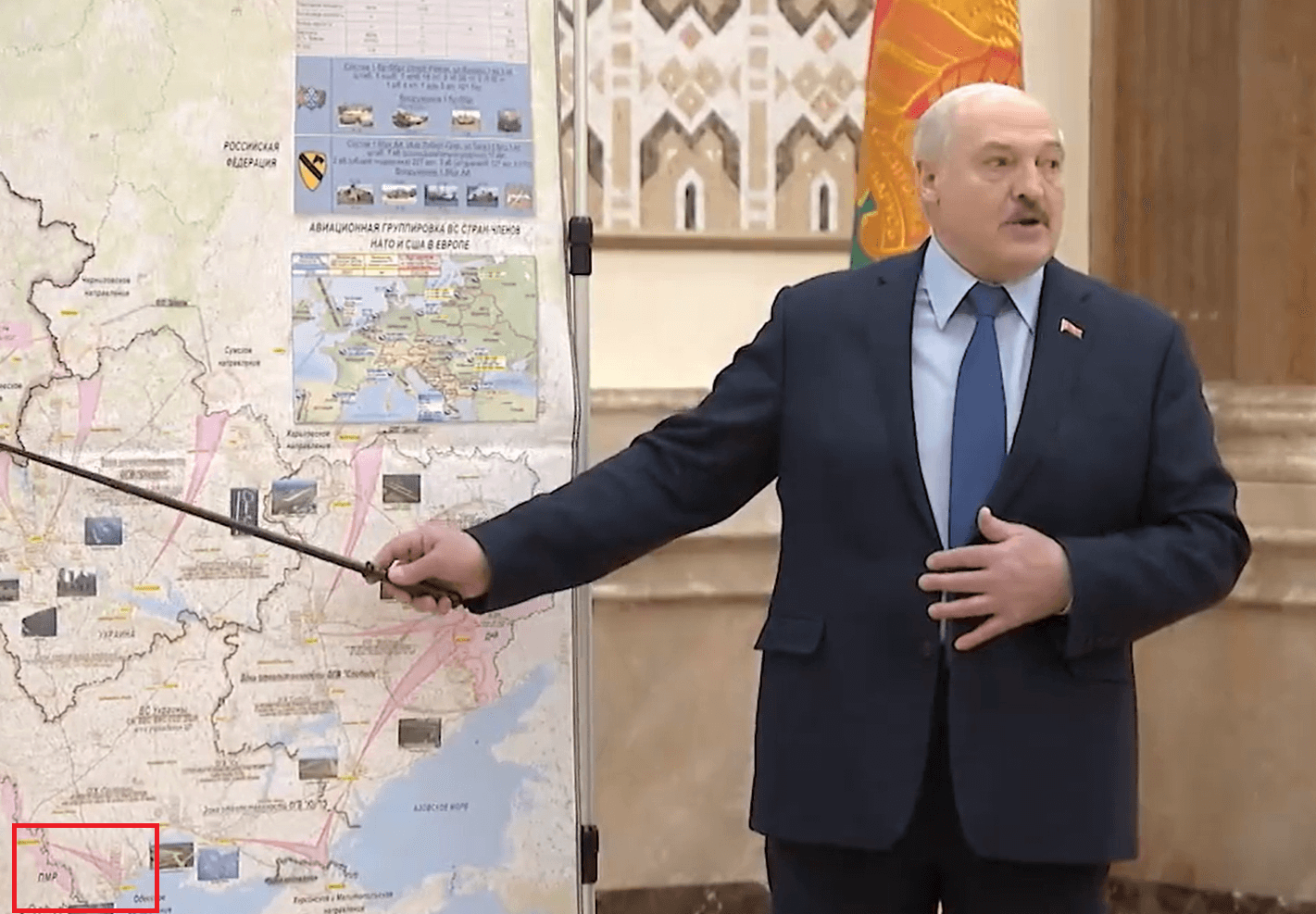 Analysts have previously suggested that the assets available to the Russian Navy are not sufficient to launch an opposed landing at a major strategic target like Odesa. Each of the tank landing ships presently moored off Crimea can deliver a mixture of tanks, armored personnel carriers and troops directly to shore, with tradeoffs. The flotilla available could deliver a force equal to two batallion tactical groups - equivalent to about 1,500-2,000 soldiers - and analyst H.I. Sutton suggested Thursday that this would not be enough to subdue a city of Odesa's size on its own. It is possible that the force is aimed at a point to the west or the east of the city itself, consistent with previous practice.

In Odesa, the civil defense is working to prepare for the arrival of Russian forces, whether from the East - from Kherson, which fell to the Russian attack on Wednesday - or from an amphibious assault near the city itself. Workers have welded up sections of scrap steel and railroad track into tank barricades to blockade roads, and residents have helped fill and transport sandbags to fortify defenses, according to the New York Times.

In Nikolaev, which has come under attack as Russian forces advance east, the Ukrainian Navy has scuttled the frigate Hetman Sahaidachny to prevent its capture. The majority of the Ukrainian fleet was seized by the Russian military during the annexation of Crimea in 2014, and the Sahaidachny was Ukraine's largest remaining naval asset.

Russian forces have steadily advanced in southern Ukraine, seizing the ports of Kherson and Berdyansk and surrounding the port of Mariupol. On Thursday night, Russian forces fired upon the Zaporizhzhia Nuclear Power Plant, sparking a fire.

The plant - he largest facility of its kind in Europe - came under assault by Russian forces on Thursday evening, and a fire started inside the building after a sustained period of shelling. One reactor unit has been shut down as a safety precaution. Firefighters and first responders were reportedly unable to access the scene for at least an hour due to ongoing combat.