Two weeks after President Donald Trump ordered the removal of most U.S. troops from Somalia, the U.S. Navy has amassed a strike force off the Horn of Africa to provide cover and logistics support for the transition. The American military mission against al-Shabaab militants in Somalia will continue as before, but more of the involved personnel will be based out of a neighboring country.

"While a change in force posture, this action is not a change in U.S. policy," said the Pentagon in a statement. "We will continue to degrade violent extremist organizations that could threaten our homeland while ensuring we maintain our strategic advantage in great power competition."

The amphibs USS Makin Island, USS San Diego and USS Somerset, along with the expeditionary sea base USS Hershel "Woody" Williams, are in place to provide support for the operation. Together, they carry a combined force of 5,000 sailors and Marines, along with the equipment for long-distance airborne assaults and fighter strikes. Photos released by the Navy showed USS Somerset just off Mogadishu, within sight of shore. 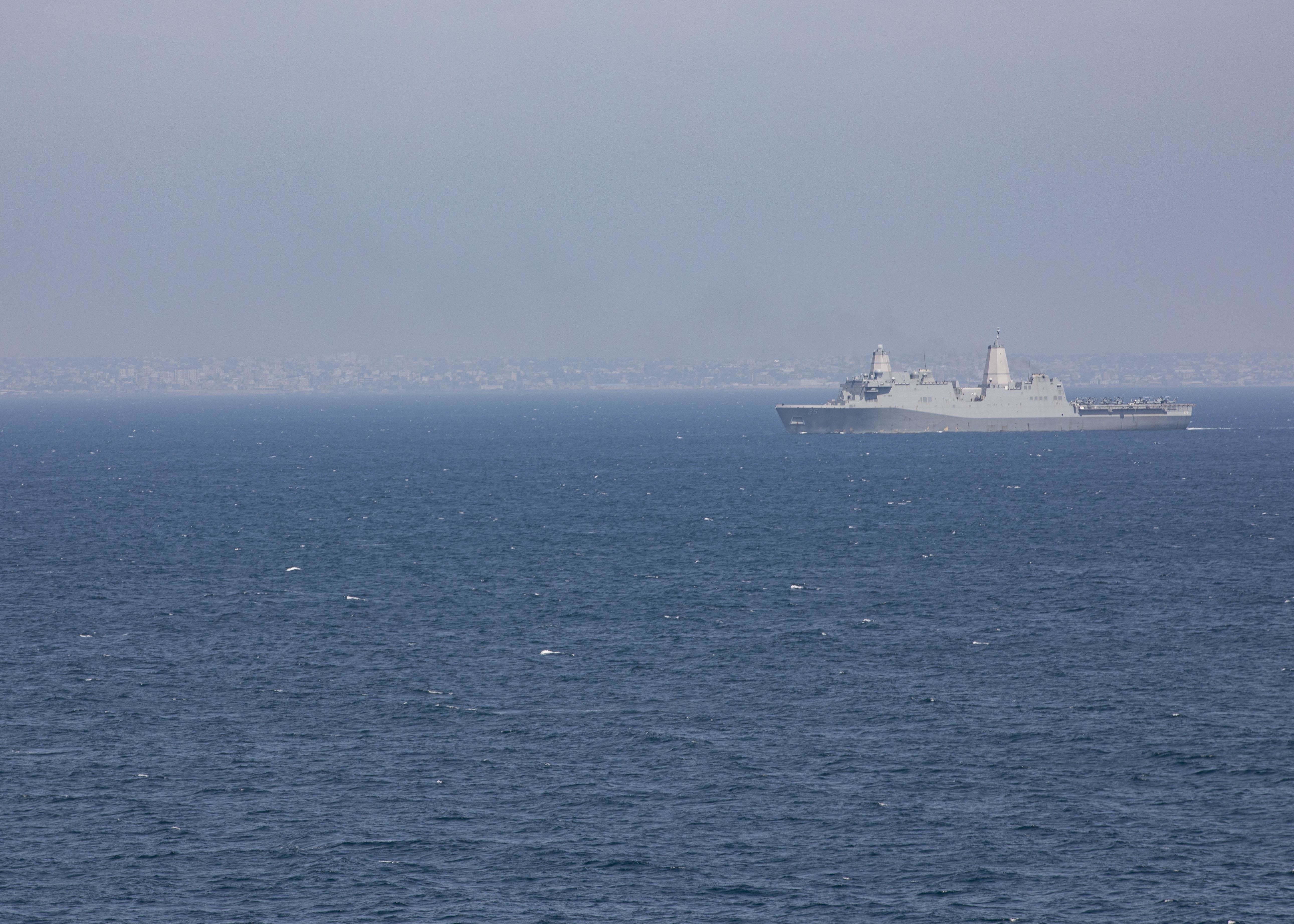 Al-Shabaab is an Islamic extremist group aligned with Al-Qaeda. It launched operations in 2006 and pledged its allegiance to the notorious terror group in 2012, and U.S. forces have backed Somali government efforts to suppress it ever since. At present, the United States has about 700 troops on the ground in Somalia dedicated to the fight against al-Shabaab.

"Al-Shabaab is the largest and most kinetically violent arm of al-Qaida. They are a serious threat to not only the Somali people, but the entire region," Army Gen. Stephen Townsend, the commander of U.S. Africa Command, told the House Armed Services Committee in March. "I also believe that, if left unchecked - and we've been putting a fair amount of pressure on al-Shabaab - I believe that that would manifest into an international threat."