On Jan. 18, two vessels from U.S. 5th Fleet intercepted a stateless fishing vessel which had previously been caught smuggling illicit weapons off the coast of Somalia last year.

Guided-missile destroyer USS Cole and patrol coastal ship USS Chinook intercepted the dhow in the Gulf of Oman, interrupting its voyage from Iran. The vessel was under way in international waters on a route frequently used to ship weapons to Iranian-backed Houthi rebels.

During a boarding, U.S. forces discovered 40 tons of urea, a common industrial chemical used as a fertilizer and as a precursor for improvised explosives. The U.S. Navy held the dhow and her crew for three days, then transferred the vessel, the cargo and five Yemeni crewmembers to the Saudi/UAE-backed Yemen Coast Guard. 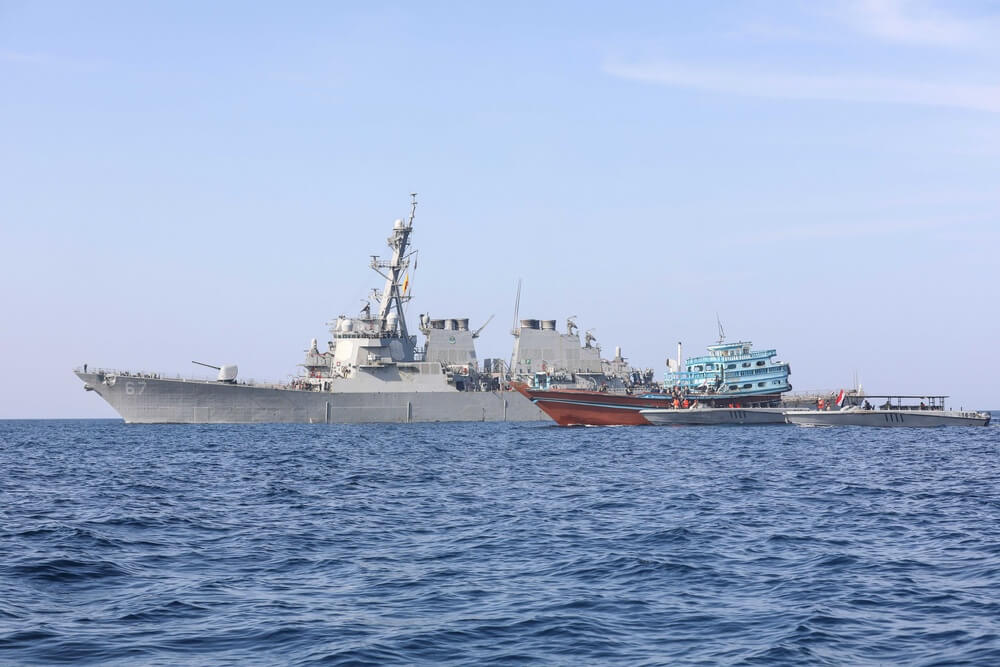 The vessel was the same stateless dhow interdicted in February 2021 off the coast of Somalia by guided-missile destroyer USS Winston S. Churchill. In that intercept, Churchill's crew found thousands of AK-47 assault rifles, light machine guns, heavy sniper rifles, rocket-propelled grenade launchers and crew served weapons aboard the vessel, along with spare parts. After this first interdiction, the weapons were confiscated and the crew and vessel were released.

In a separate interdiction conducted by the international partnership CTF 150 on January 15, a Royal Navy frigate seized more than a tonne of illegal drugs from a dhow in the Gulf of Oman.

Smugglers usually carry one or two types of drugs, but this rare dhow was carrying all of the major classes of illegal narcotics - opiates, amphetamines and cannabinoids. HMS Montrose's crew seized 663 kilograms of heroin, 87 kilograms of methamphetamine and 291 kilograms of hashish and marijuana. Taken together, this haul's U.S. street value is estimated at $26 million. 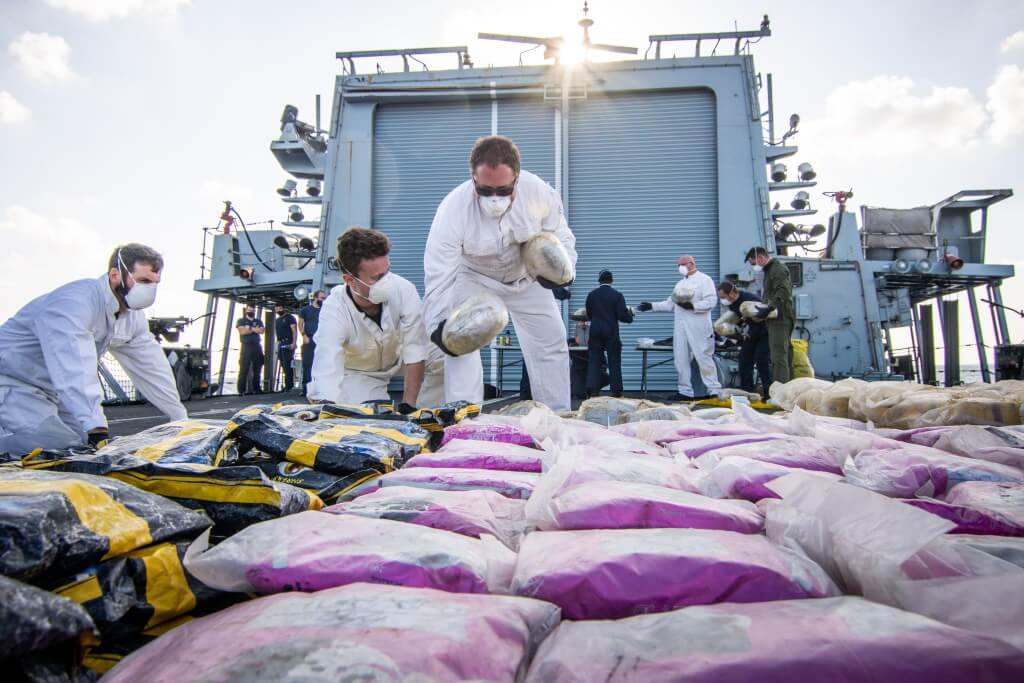