The ship is named in honor of Paul Robert Ignatius, who served in the U.S. Navy during World War II, and later during the Lyndon B. Johnson administration as Assistant Secretary of Defense (Installations and Logistics) 1964-1967, and Secretary of the Navy 1967-1969. 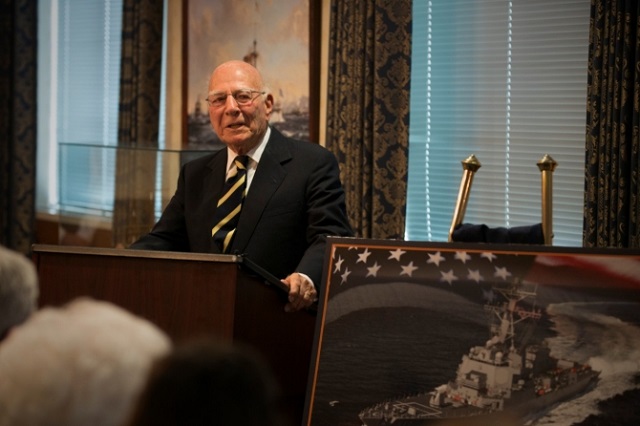 Ignatius’ wife, Nancy, who passed away earlier this year, is the ship’s sponsor. Dr. Elisa Ignatius, granddaughter to the late Nancy Ignatius, served as the ship sponsor representative.

The USS Paul Ignatius is the 67th Arleigh Burke-class destroyer, and is one of 21 ships currently under contract for the DDG 51 program. DDG 51 class destroyers conduct a variety of missions from peacetime presence and humanitarian assistance/disaster relief to sea control and power projection. Built in the Flight IIA configuration, the ship delivers rapid reaction time, high firepower, and improved electronic warfare capabilities.